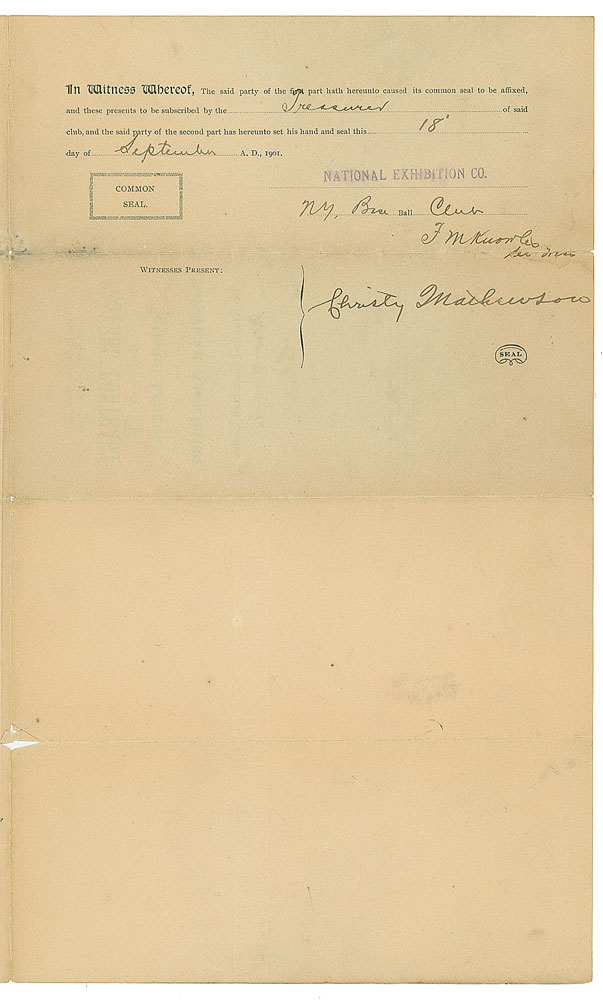 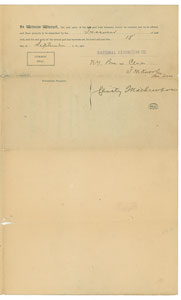 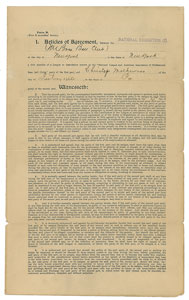 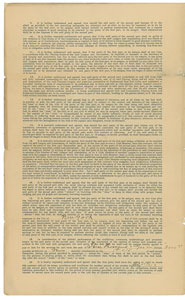 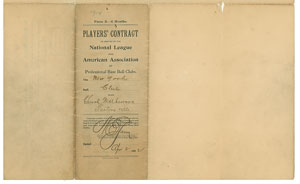 Previous Lot
Next Lot
This lot has closed
Estimate: $75000+

Contract, four pages on two adjoining sheets, 8.5 x 14, September 18, 1901. National League and American Association of Professional Base Ball Clubs player's contract between "the National Exhibition Co. (N.Y. Base Ball Club) of the city of New York…and Christy Mathewson of the city of Factoryville, in the State of Pa," for the baseball season beginning on April 15, 1902, at a salary of $3,000. Nicely signed at the conclusion by Christy Mathewson and countersigned by New York Giants Secretary-Treasurer F. M Knowles. The reverse is signed by National League President Nicholas Young. In very good condition, with partial edge separations to horizontal folds; Mathewson's ideal autograph is unaffected.

This incredibly rare contract was signed as the 1901 season—Mathewson's first as a regular in the New York Giants' rotation—neared its end. In his second season, the 20-year-old hurler proved himself as the team's best pitcher, compiling a respectable 20-17 win/loss record on a bottom-dwelling team that went 52-85. He continued to vex National League batters in 1902, performing under the terms of this contract, throwing a league-best eight shutouts despite accumulating a 14-17 record. Mathewson emerged as a truly dominant force a year later in 1903, winning 30 games and leading the league in strikeouts for the first time.

This is one of only just a few Mathewson contract examples extant, predated only by his 1900 New York Giants contract. At the time Mathewson signed this contract (the tender age of 21), baseball was considered a rough and tumble sport, and Mathewson was the antithesis of what a ballplayer was at the time. While almost every ballplayer was a product of the streets, alleys and coal mines, Matty was a college graduate who spoke well, was mild-mannered and had high moral convictions. These characteristics plus his stellar abilities on the field were some of the reasons for his extremely high popularity.

The offered contract would easily be the pinnacle piece of the most advanced collection. Mathewson's 1900 rookie contract was auctioned by Sotheby's in 2005, and again in 2008, finding its way into a permanent collection. His 1903 contract has not been seen again since Legendary auctioned it in 2000 when it went for $27,000, and mid-1920s Cincinnati coaching contracts have been auctioned usually achieving $10,000 plus results, but these are of little significance compared to his early legal documents from his playing career. It seems an understatement to call this 1902 contract museum quality as it is clearly that and more. Such dominant historic pieces are seldom offered and the Mathewson name elevates this to an iconic status among all baseball collectibles. Accompanied by a full letter of authenticity from PSA/DNA.