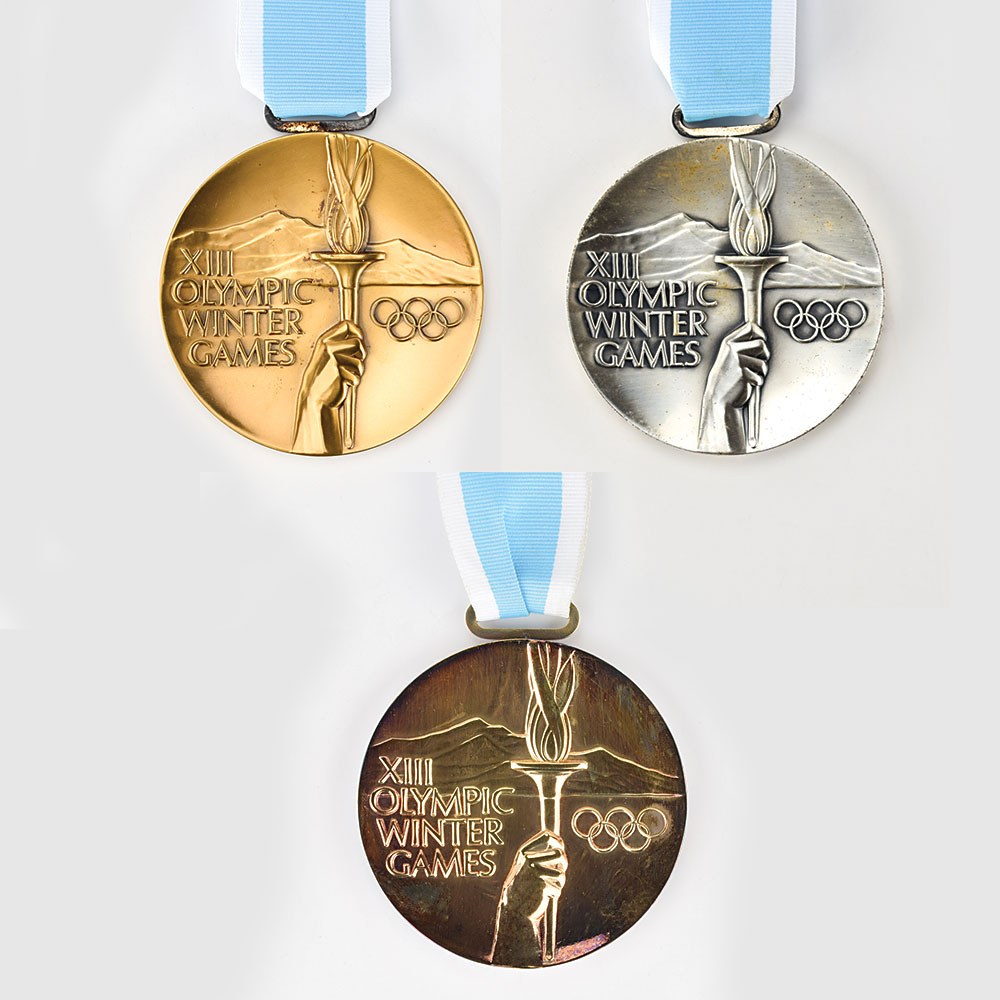 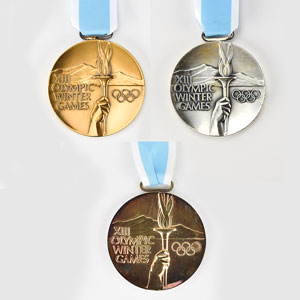 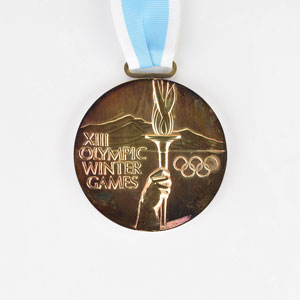 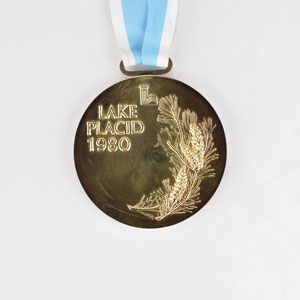 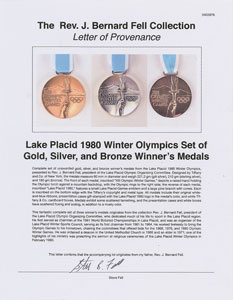 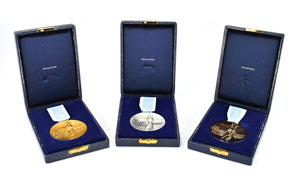 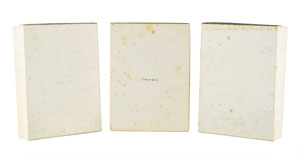 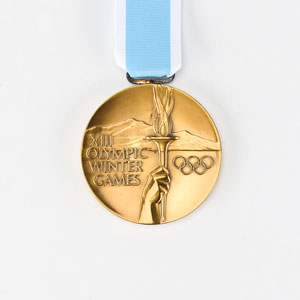 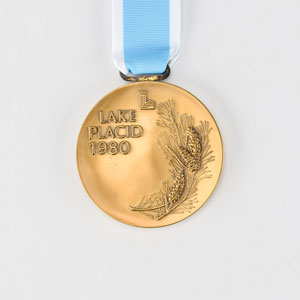 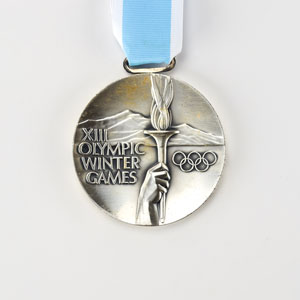 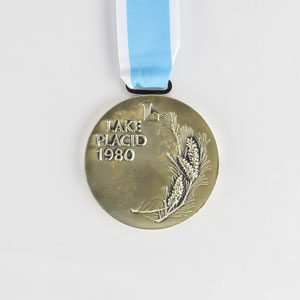 Complete set of unawarded gold, silver, and bronze winner's medals from the Lake Placid 1980 Winter Olympics, presented to Rev. J. Bernard Fell, president of the Lake Placid Olympic Organizing Committee. Designed by Tiffany and Co. of New York, the medals measure 80 mm in diameter and weigh 221.2 gm (gilt silver), 210 gm (sterling silver), and 180 gm (bronze). The front of each medal, inscribed “XIII Olympic Winter Games,” depicts a raised hand holding the Olympic torch against a mountain backdrop, with the Olympic rings to the right side; the reverse of each medal, inscribed “Lake Placid 1980,” features a small Lake Placid Games emblem and a large pine branch with cones. Each is inscribed on the bottom edge with the Tiffany's copyright and metal type. All medals include their original white-and-blue ribbons, presentation cases gilt-stamped with the Lake Placid 1980 logo in the medal's color, and white Tiffany & Co. cardboard boxes. Medals exhibit some scattered tarnishing, and the presentation cases and white boxes have scattered foxing and soiling, in addition to a musty odor.

This fantastic complete set of three winner's medals originates from the collection Rev. J. Bernard Fell, president of the Lake Placid Olympic Organizing Committee, who dedicated much of his life to sport in the Lake Placid region. He first served as chairman of the 1961 World Bobsled Championships in Lake Placid, and was an organizer of the Lake Placid Winter Sports Council, serving as its first chairman from 1961 to 1964. He worked tirelessly to bring the Olympic Games to his hometown, chairing the committees that offered bids for the 1968, 1976, and 1980 Olympic Winter Games. He was ordained a deacon in the United Methodist Church in 1966 and an elder in 1971; one of the highlights of his ministry was preaching the sermon at religious ceremonies of the Lake Placid Winter Olympics in February 1980. The set is accompanied by a letter of provenance from his son, Steve Fell.