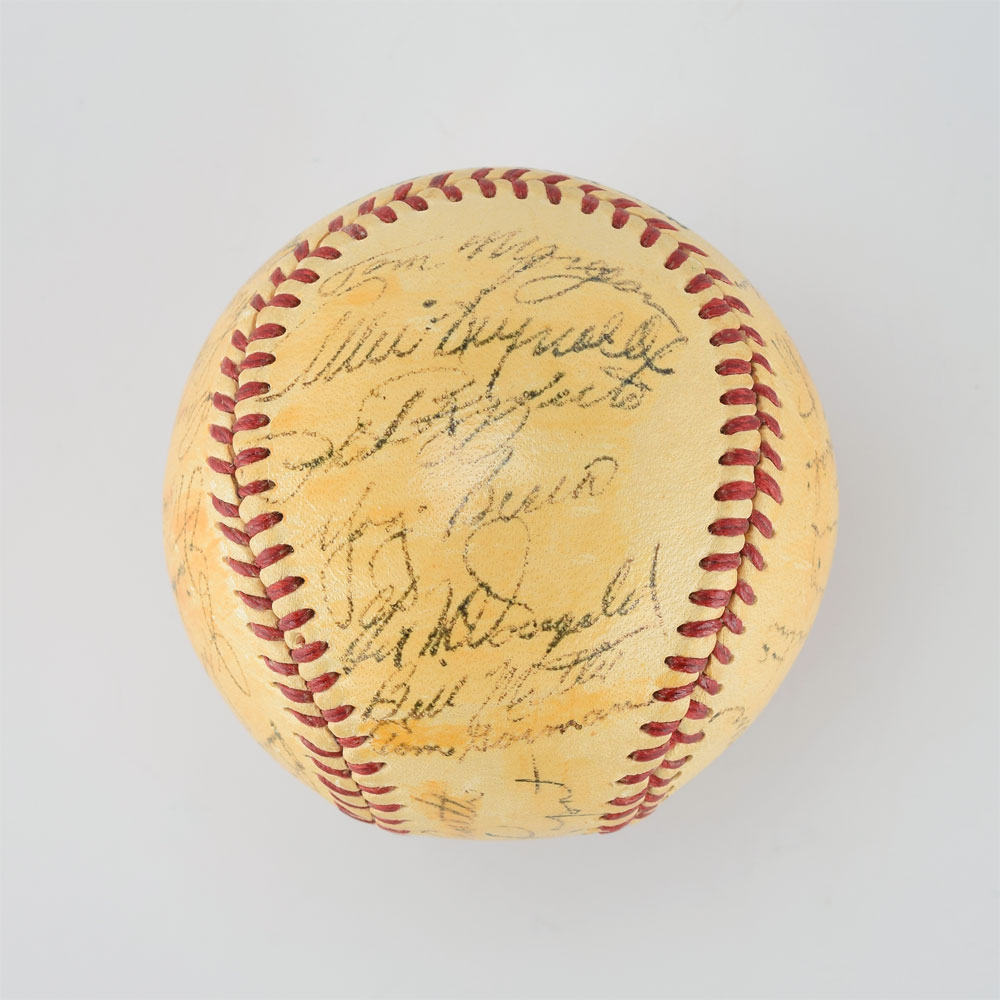 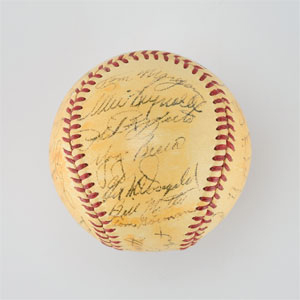 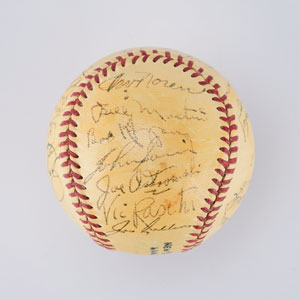 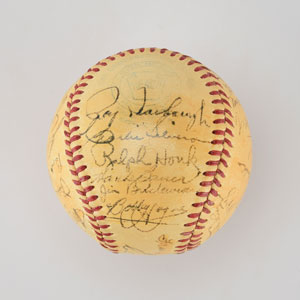 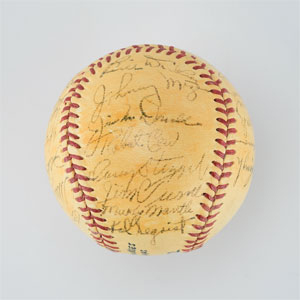 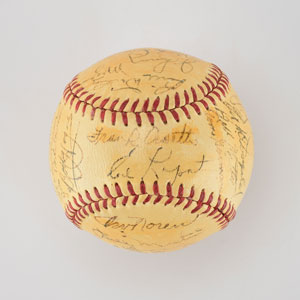 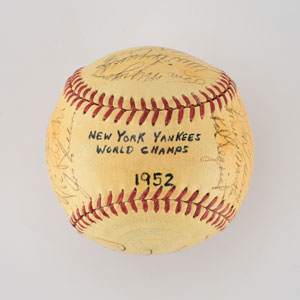 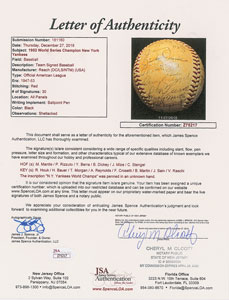 Signatures range in grade from ("6-8", averaging "7"). All of the official ball stampings are legible, but "NEW YORK YANKEES WORLD CHAMPS 1952" is written in black ink over the label, and the ball has been coated with a moderate layer of protective shellac. An outstanding team ball from the height of the Yankees' late 1940s - early 1950's baseball dynasty. Accompanied by full letters of authenticity from James Spence Authentication (JSA), and Beckett Authentication Services (BAS). Pre-certified by PSA/DNA.