Fifty historic Wright Bros. photographs from the collection of William Preston Mayfield, ‘the Mathew Brady of the Air Age' 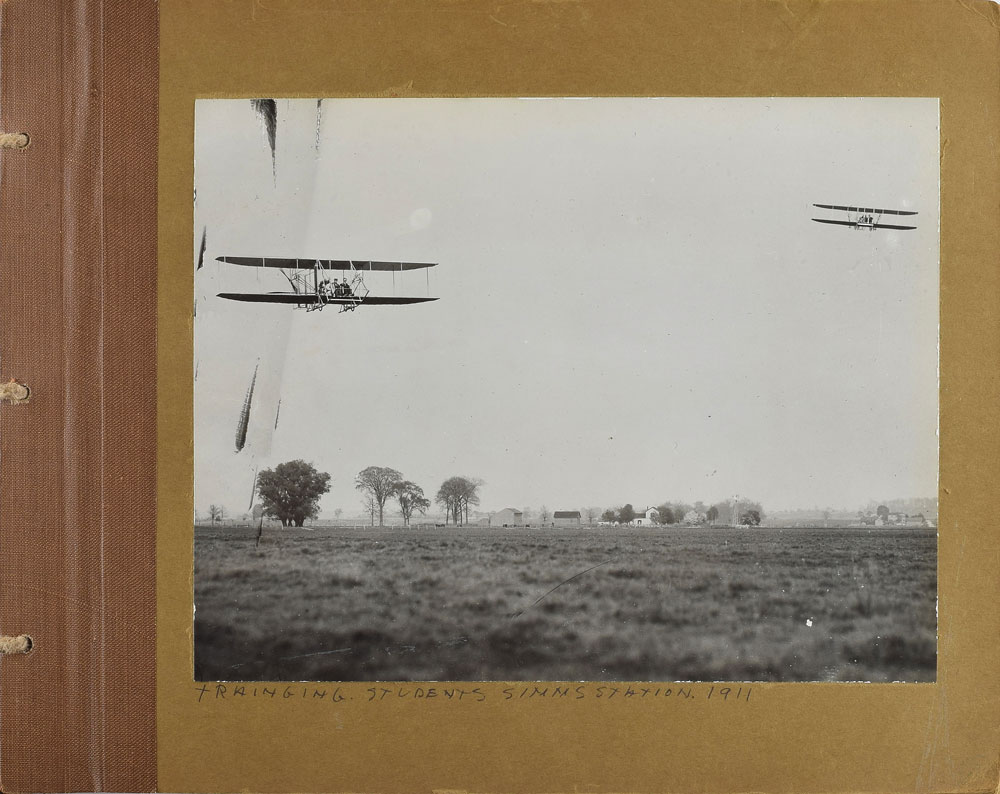 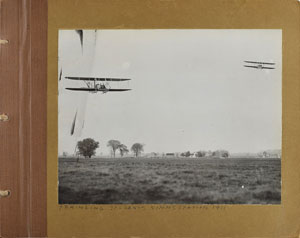 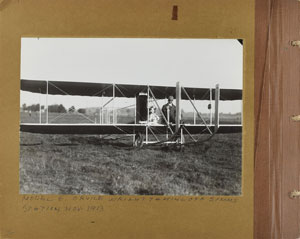 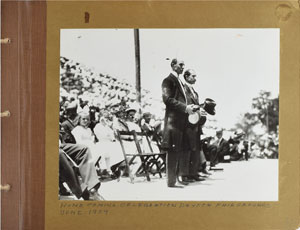 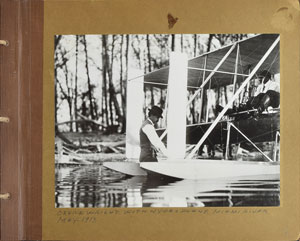 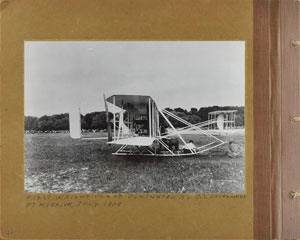 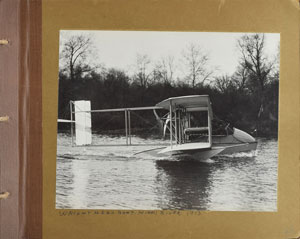 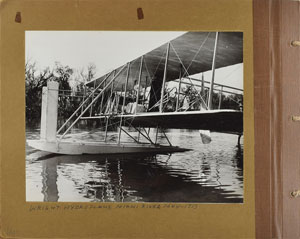 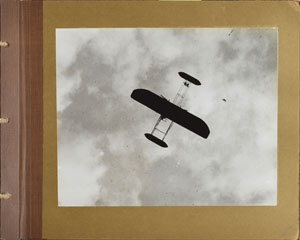 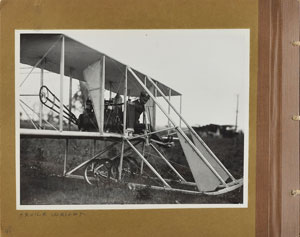 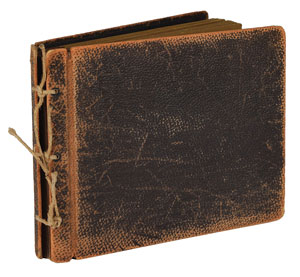 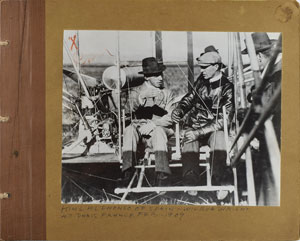 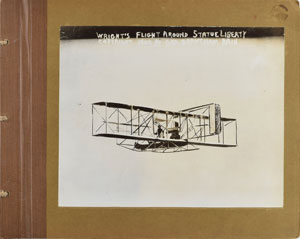 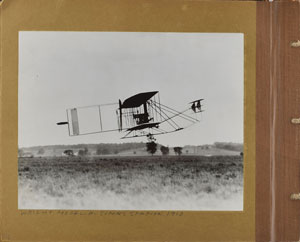 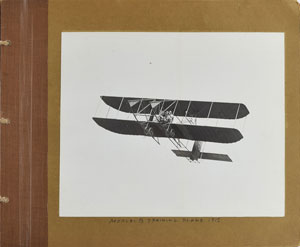 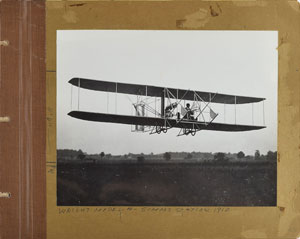 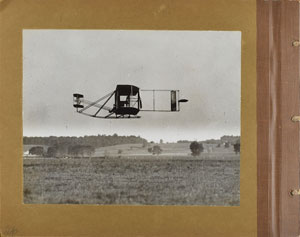 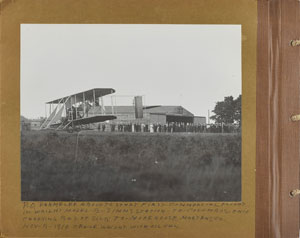 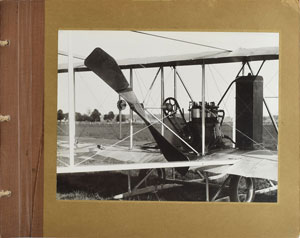 Fifty historic Wright Bros. photographs from the collection of William Preston Mayfield, ‘the Mathew Brady of the Air Age'

Extraordinary personal album of great early aviation photographer William Preston Mayfield, ‘the Mathew Brady of the Air Age,’ containing 50 vintage gelatin silver photographs, printed circa 1930s, relating to Wilbur and Orville Wright. The photographs show Wright planes in flight and on the ground—including the Model A, Model B, Model E, Model L, a hydroplane, and others—as well as students and instructors at the Wright Flying School at Simms Station in Dayton, Ohio. The photos measure approximately 9.5 x 7.5 and are affixed on both sides of the pages held within the 13 x 10.5 hardcover leather album, many with Mayfield’s handwritten captions below, identifying them with dates between 1909 and 1917. A “Mayfield Photos Inc.” label is affixed to the front pastedown. In very good to fine condition, with edgewear and scuffing to exterior.

This personal album was compiled by, and formerly in the collection of, William Preston Mayfield (1896-1974), the ‘court photographer’ to the Wright Brothers. The album descended to Marvin Christian, who began working with Mayfield in 1954 (when the album had already been printed) and subsequently purchased the contents of his studio in 1967. Christian later published a book about Mayfield’s photographic endeavors, ‘William Preston Mayfield Photographer - Six Decades of Image Making,’ in which he wrote: ‘After five years working experience with Bill Mayfield and a number of years operating my own commercial photo studio I returned to purchase Mayfield’s studio equipment and bill’s entire collection of over 100,000 photographs, glass plates and negatives in 1967. There were many evenings we would get together in the studio and he would help sort the files and relate background stories about the photographs. Occasionally we would come across an old note on a piece of scrap paper that might read ‘need three prints for O. W. [Orville Wright].’ A few times I had to cringe as he would come across a glass plate, look at it carefully, and then slam it against the trash barrel shattering it into hundreds of pieces and say something like, ’That S.O.B. never paid me for that shot!’' The contents of this historic album were exhibited as part of the touring museum exhibition that marked the 100th anniversary of the Wrights’ first flight, ‘Orville & Wilbur: The Wright Brothers’ Legacy,’ put on at the Dayton Art Institute, Virginia Air & Space Center, and Western Canada Aviation Museum in 2003-2004.