"I have the strength to endure" 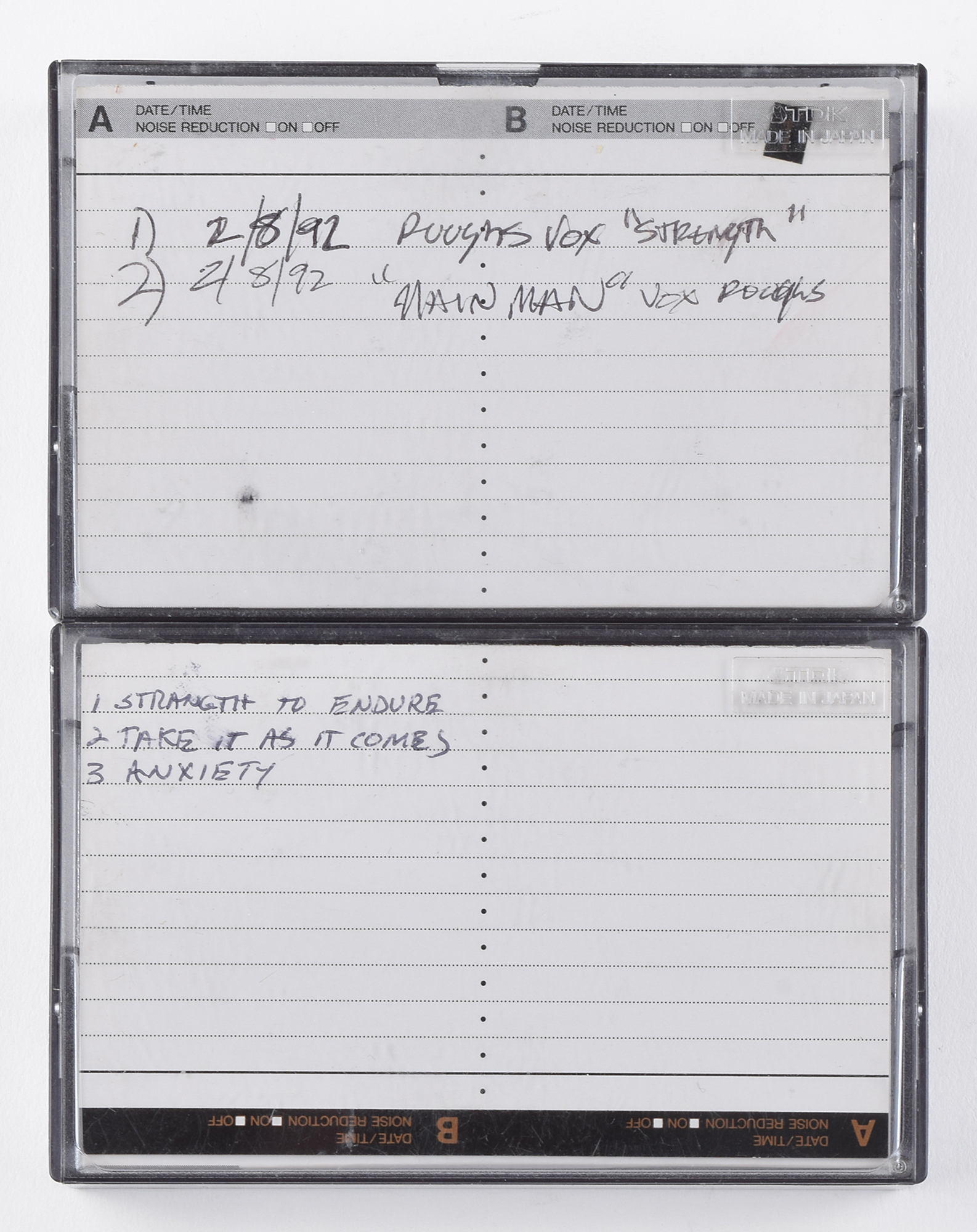 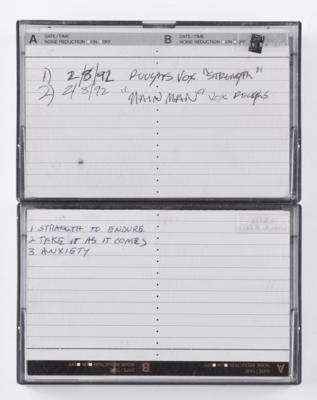 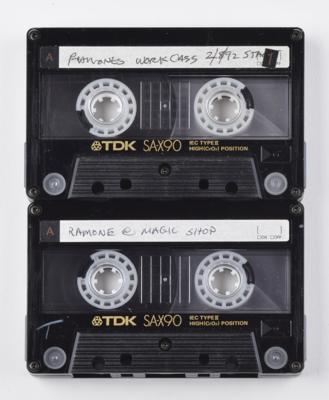 "I have the strength to endure"

Two cassette tapes from CJ Ramone's personal collection, featuring songs from the 1992 album Mondo Bizarro: one marked "Ramones Cassette, Work, 2/8/92 Start," featuring the songs 'Strength to Endure' and 'Main Man,' identified as "1. 2/8/92 Roughs Vox 'Strength,' 2. 2/8/92 'Main Man' Vox Roughs"; and one marked "Ramones @ Magic Shop," featuring the tracks "Strength to Endure," "Take It As It Comes," and "Anxiety," all with scratch vocals performed by CJ. In overall fine condition. Includes audio CDs of each of the tapes. The Ramones recorded Mondo Bizarro at The Magic Shop in New York in February 1992, and it was released on September 1st; it was their first record to feature their new bassist, CJ Ramone.

Note: No copyright, license, or any other rights in or to the music contained on these tapes is conveyed, implied, or claimed in connection with the sale of these tapes. This sale is of the tangible personal property constituted by the physical tapes themselves only, which RR is selling at auction on consignment from the legal owner thereof.

From the collection of bassist CJ Ramone, and accompanied by a signed letter of provenance.