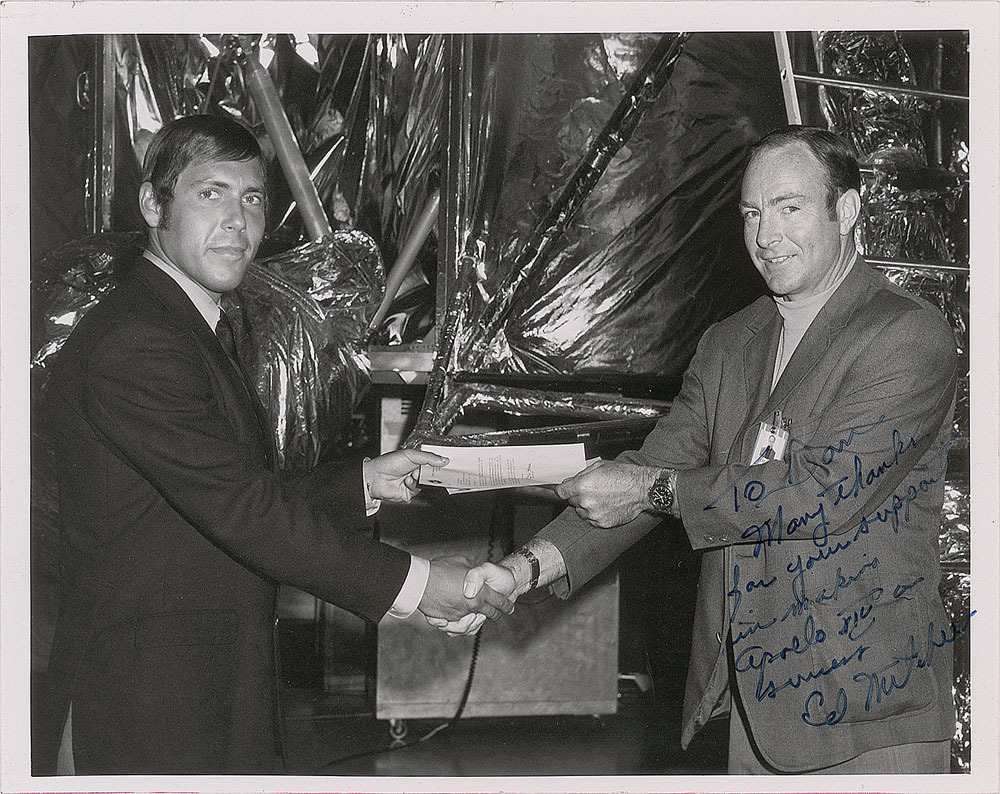 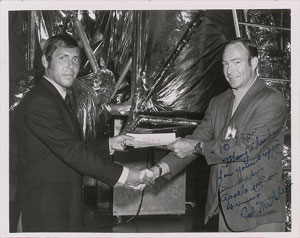 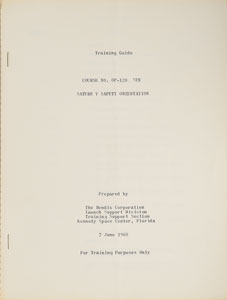 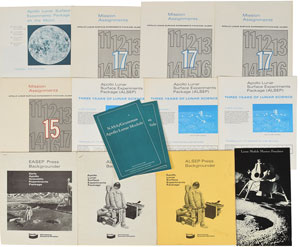 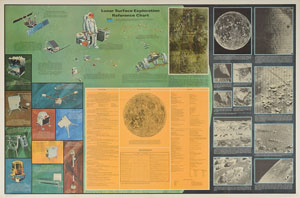 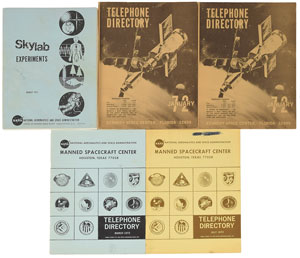 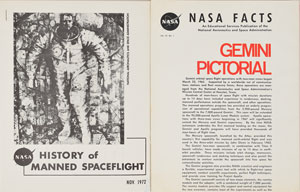 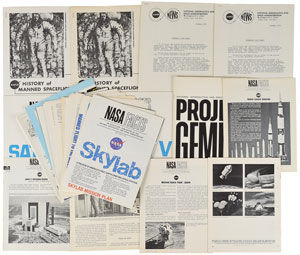 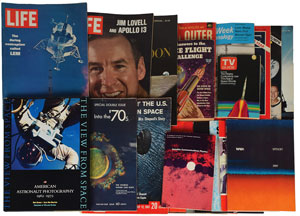 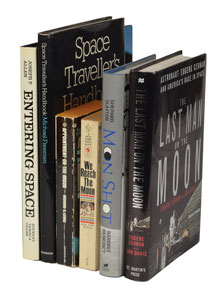 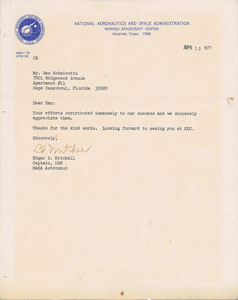 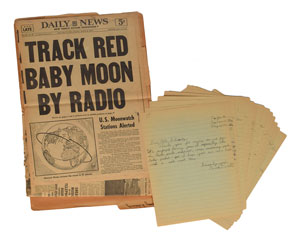 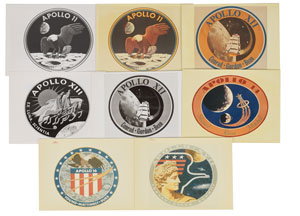 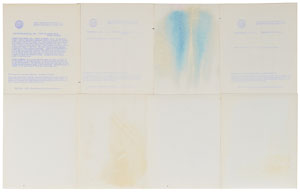 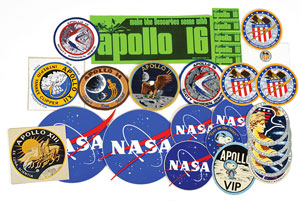 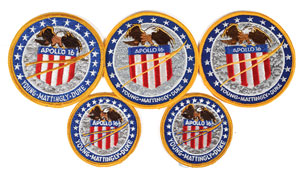 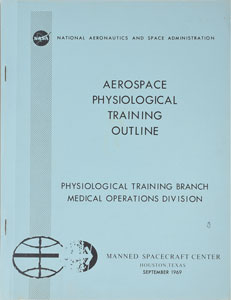 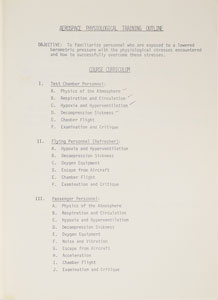 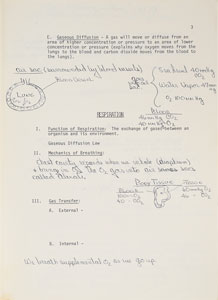 A detailed listing of the above:

Two items signed by astronaut Edgar Mitchell: a glossy 10 x 8 photo of Edgar Mitchell presenting Dan Schaiewitz with the Snoopy Award, signed and inscribed in black felt tip, "To Dan, Many thanks for your support in making Apollo XIV a success, Ed Mitchell"; and a TLS signed "Ed Mitchell," one page, 8 x 10, April 13, 1971, NASA letterhead, addressed to Schaiewitz, in full: "Your efforts contributed immensely to our success and we sincerely appreciate them. Thanks for the kind words. Looking forward to seeing you at KSC."

A staple-bound manual entitled, "Aerospace Physiological Training Outline," 8 x 10.5, 19 pages, by NASA's Physiological Training Branch, Medical Operations Division, September 1969. The manual has been extensively annotated throughout by Dan Schaiewitz, an Extravehicular Crew Training Engineer at Kennedy Space Center, with detailed notes on the physiological stresses that may be experienced by a human in space. Accompanied by a manual entitled "Training Guide, Course No. OP-120 BEN, Saturn V Safety Orientation," dated June 7, 1968, which is not annotated inside.

A NASA manual entitled, "Skylab Experiments, August 1972," 211 pages, 8 x 10.25, which provides a description of the Skylab Experiment Program with a focus on Life Sciences, Solar Physics, Earth Observations, Astrophysics, Material Science and Manufacturing in Space, and Engineering and Technology.

Collection of 21 NASA Facts newsletters, dated between 1966 and 1972, including many duplicates, and nine unfolding into large and extremely visual posters. The posters are for the Saturn V rocket (3), United States Launch Vehicles, and the Gemini, Apollo (2), and Skylab (2) programs. Also includes two NASA packets entitled “History of Manned Spaceflight,” from November 1972, a NASA News Astronaut Fact Sheet from October 1972, and an official NASA Project Gemini booklet from 1966.

An assortment of other publications and ephemera, including: an issue of the New York Daily News newspaper covering the orbit of Sputnik, October 5, 1957, with the headline “Track Red Baby Moon by Radio”; a series of 1970 letters sent to Schaiewitz by the young children of a class he visited; four issues of Life Magazine covering the Mercury and Apollo programs; a special edition of Look Magazine dedicated to Apollo 8; a Satellite Communications Physics handbook; a 1969 issue of TV Guide; a paperback 1957 book entitled The Complete Book of Satellites and Outer Space; a paperback 1958 book entitled The Answers to the Space Flight Challenge; a 1969 issue of Aviation Week & Space Technology reporting on the Lunar Module; nine other space-related magazines, including Newsweek, Space World, and others; five hardcover books; and two softcover books. From the collection of Dan Schaiewitz, who worked as Extravehicular Crew Training Engineer at KSC.

Due to the size and/or fragile nature of these items, special packing and shipping options will apply. Please call RR Auction for a quote.