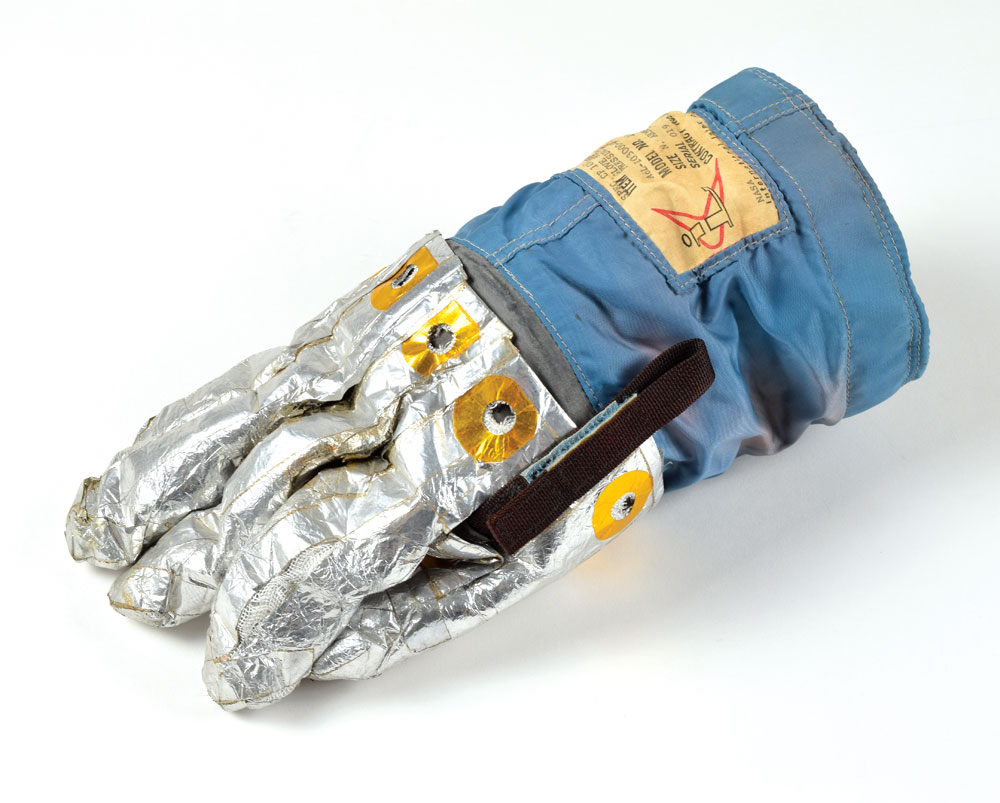 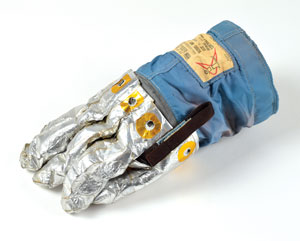 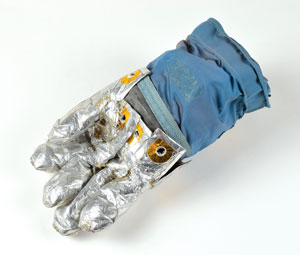 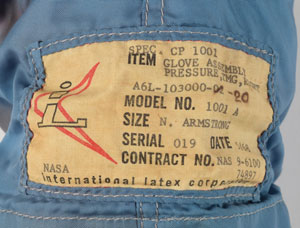 Rare original A6L space suit glove custom-made for Neil Armstrong by the International Latex Corporation, presumably affiliated with his role as backup commander for the Apollo 8 mission. The glove features an ILC label sewn on the wrist, reading: "Spec. CP 1001, Item: Glove Assembly, Pressure, TMG, Right, A6L-10300-20, Model No. 1001 A, Size: N. Armstrong, Serial: 019, Date: 5/68, Contract No. NAS 9-6100 / NASA 74897." The rubber-and-nylon glove bears Velcro fasteners, and is additionally fitted with an outer sheath composed of aluminized Mylar over a layer of marquisette. This silver aluminized Mylar material is what would have been inside the Thermal Micrometeoroid Garment (TMG) cover designed to protect the glove during extravehicular activities; it is unknown why this layer is incomplete. Although there were no EVAs scheduled for Apollo 8, ILC did build a pair of gloves for CDR Frank Borman that had complete TMGs—Armstrong, as his backup, likely would have received the same. By the time Apollo 8 actually flew in December 1968, the suits had progressed to the A7L, which offered improved comfort and utilized fire-resistant materials. While Armstrong’s direct use of this glove is undocumented, it may very well have been an early fit-check unit or likely used in training exercises. In used, yet very good condition, with deterioration and flaking to portions of the inner rubber glove, and small tears between the fingers of the TMG layer. Any component of an Apollo space suit associated with the first man on the moon is of the utmost desirability. Although this glove wasn’t used by Armstrong as commander of Apollo 11 in July 1969, while becoming the first man on the moon, it is an artifact that was a part of the build-up to the historic moment that forever changed the world.