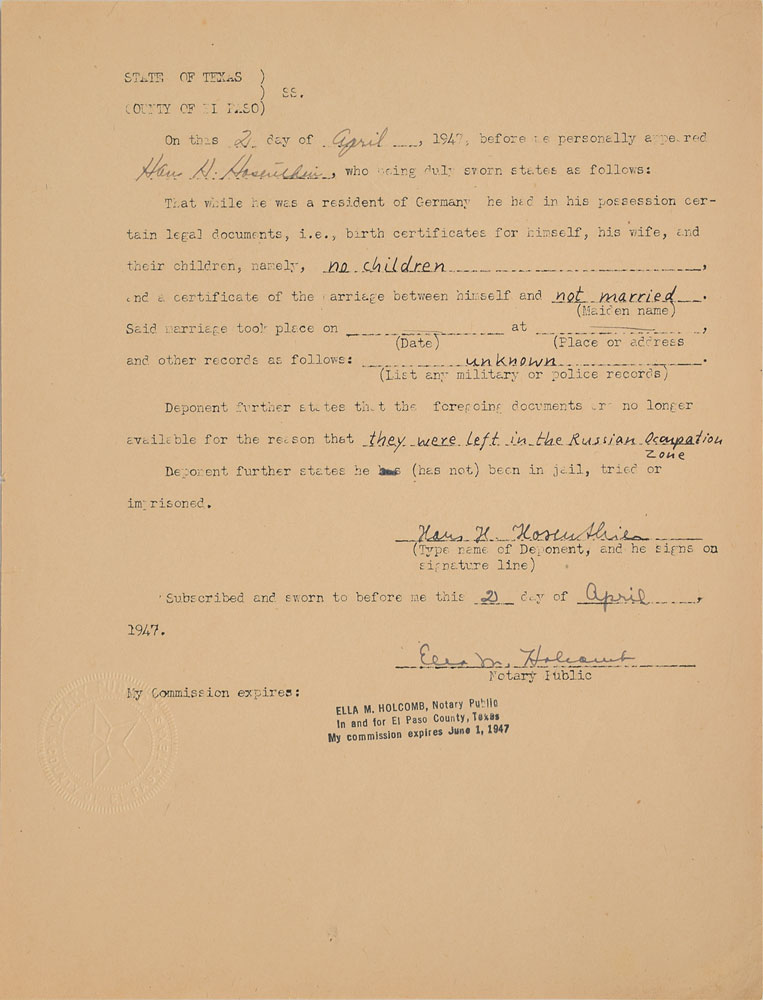 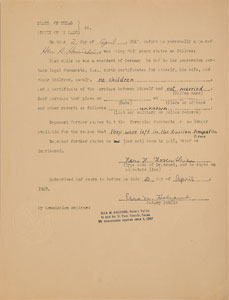 German rocket scientist and engineer (June 26, 1915-July 3, 1996) who arrived in America under Project Paperclip on November 16, 1945. He worked with the Wernher von Braun rocket team at Fort Bliss, White Stands, and Huntsville, and later became head of the Flight Dynamics Branch, Guidance and Control Division at NASA's Marshall Space Flight Center. DS, signed “Hans H. Hosenthien,” one page, 8 x 10.5, April 2, 1947. State of Texas, County of El Paso sworn affidavit made by Hosenthien, in which he states that, as "a resident of Germany," he was not married, had no children, and maintained no other military or police records. He further states that all related documents are no longer available "for the reason that they were left in the Russian Occupation Zone." Hosenthien also notes that he has never been in jail, tried, or imprisoned. Includes a three page biography sheet for Hosenthien, which consists of four sections: Personal Data, Professional Training and Education, Activity in Rocketry, and Contemplated Activity, which notes that he will work as a "Development engineer in the group for model devices and theory of stability (steering section)." In very good to fine condition, with toning, edge chips, staple and file hole punches to biography sheet. From the collection of aerospace memorabilia specialist Ken Havekotte.