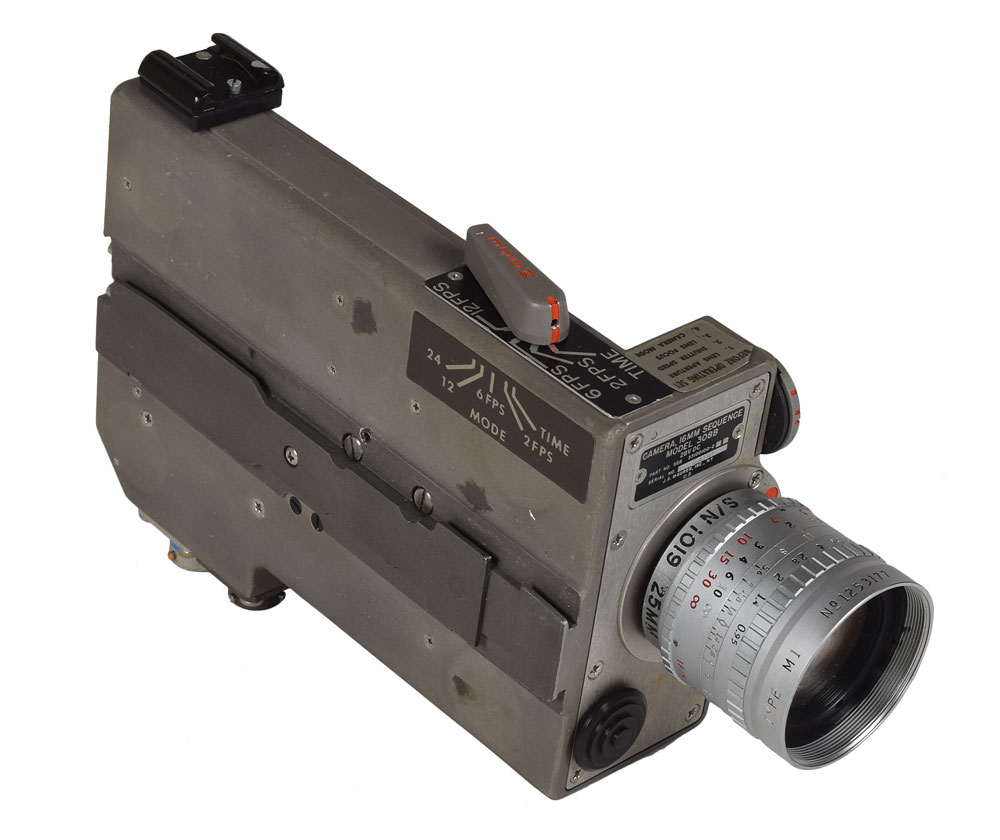 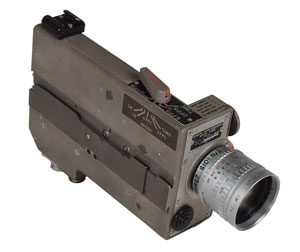 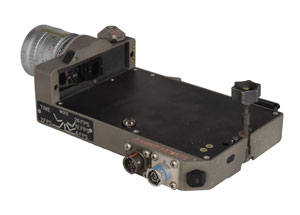 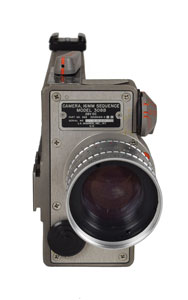 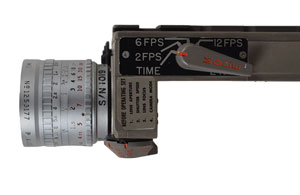 Designed and manufactured by J. A. Maurer of Long Island, New York, the Maurer Data Acquisition Camera was used to obtain sequential photographic data during the manned flights of Project Apollo and Skylab. It was capable of using the standard 16mm film format with double perforations and, in addition to the captured images, recorded fiducial marks on the film for data reduction use following the return from the mission. The camera’s unique design incorporates completely independent shutter speeds and frame rates (unlike a conventional commercial movie camera). It was designed to be handheld (i.e. during EVA) or bracket-mounted in the spacecraft, and powered either by the spacecraft’s 28-volt DC power or from a portable battery pack. It accepts various lenses and assorted accessories, and the 25mm Angenieux lens was generally relegated as secondary in preference of the 18mm Kern Switar lens.

Maurer 308 Series DACs captured some of themost historically and scientifically significant footage during the Apollo lunar missions and onboard the Skylab space station. When in use, the camera would have had an attached film magazine and ring sight (if manually operated). The camera incorporates shutter and mode selector switches, a magazine attachment latch at its rear, fuse holder, separate remote and power connectors, and a green operation light indicator. This is the only flight qualified Project Apollo/Skylab Series 308 Maurer Data Acquisition Camera known to have been offered at public auction other than the camera formerly owned by Apollo 14 LMP Edgar Mitchell (which now resides in the Smithsonian Institution). A truly historic, scientifically significant piece of spaceflight history.