Over 1,000 signatures, including Karloff, Hayward, Mansfield, and Lahr 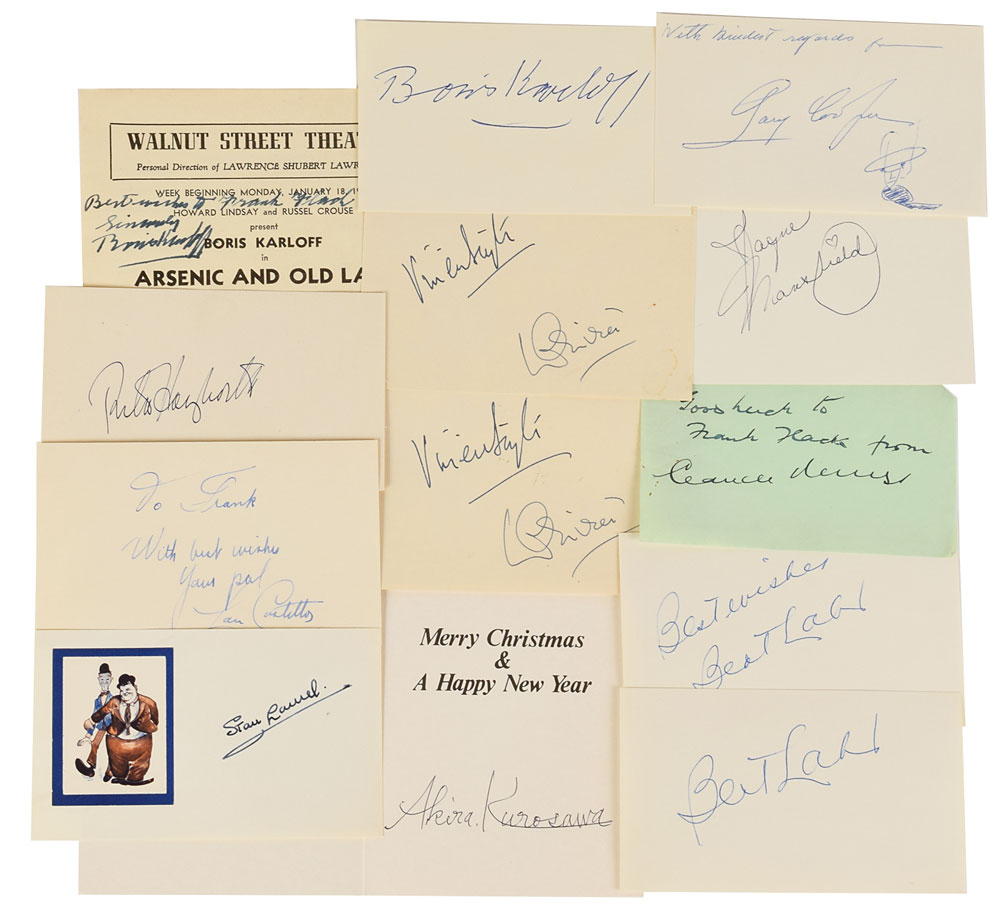 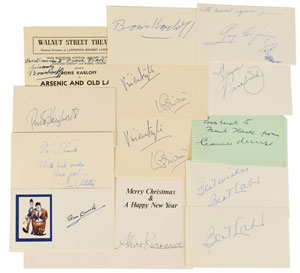 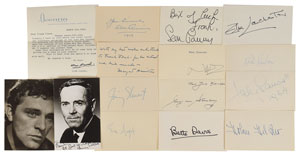 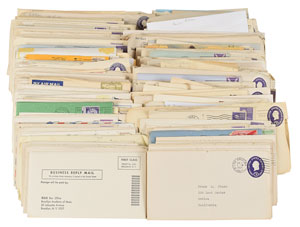 Over 1,000 signatures, including Karloff, Hayward, Mansfield, and Lahr

These autographs were chiefly obtained through the mail between the 1950s and 1980s and many are still contained within their original mailing envelopes; the collection was compiled by Frank M. Flack, who began mailing out autograph requests as a private in the army, continuing as he rose to sergeant, and then later as an English professor. A small smattering of the autographs were purchased from notable dealers or received from friends. Due to the large quantity, several secretarial and/or printed signatures may be included (not included in the list or count). Interested parties are encouraged to view the collection in person at our offices or call us with specific inquiries, as this collection is sold as is and no returns will be accepted.