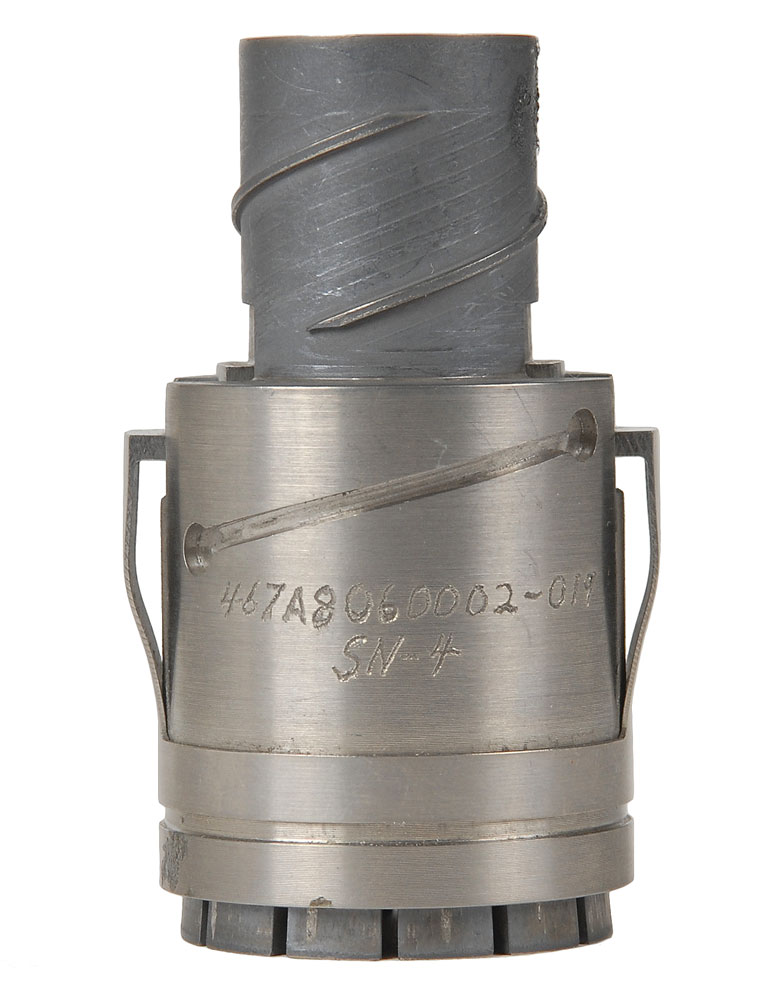 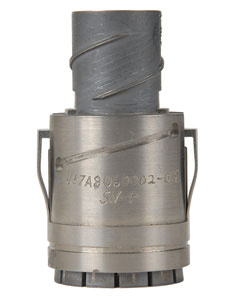 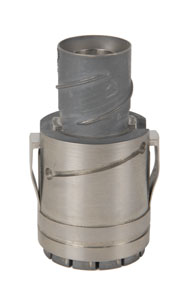 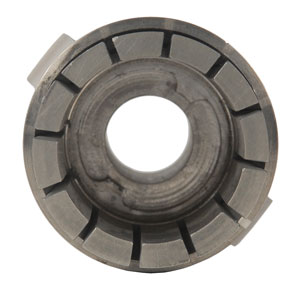 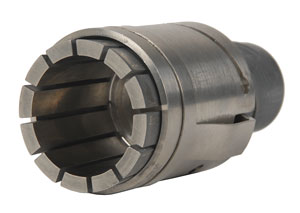 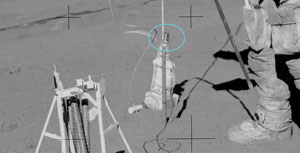 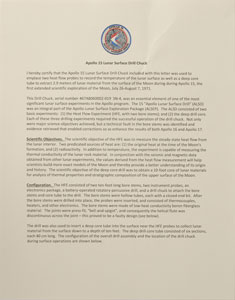 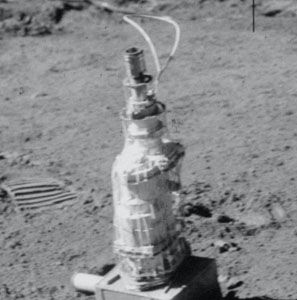 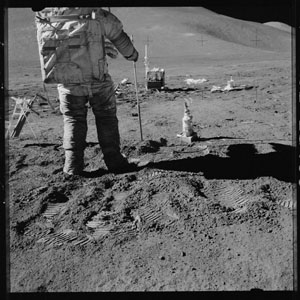 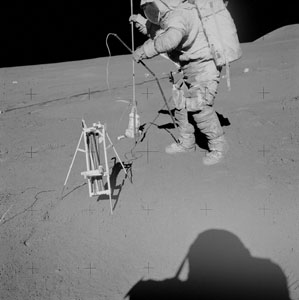 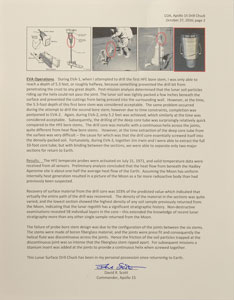 Commander Dave Scott’s drill chuck used on the lunar surface during the three historic EVAs of the Apollo 15 mission. The drill chuck measures 1.25 x 2.5 x 1.25, and is engraved with the serial number, “467A8060002—019, SN–4.” The Apollo Lunar Surface Drill (ALSD) consisted of two basic experiments: the Heat Flow Experiment (HFE), and the deep drill core; both of which required the successful operation of the drill chuck. In fine condition.

Accompanied by a signed letter of provenance from Scott, in part: “I hereby certify that the Apollo 15 Lunar Surface Drill Chuck included with this letter was used to emplace two heat flow probes to record the temperature of the lunar surface as well as a deep core tube to extract 2.9 meters of lunar material from the surface of the Moon…The scientific objective of the HFE was to measure the steady-state heat flow from the lunar interior. Two predicated sources of heart are: (1) the original heat at the time of the Moon’s formation, and (2) radioactivity. In addition to temperature, the experiment is capable of measuring the thermal conductivity of the lunar rock material. In conjunction with the seismic and magnetic data contained from other lunar experiments, the values derived from the heat flow measurement will help scientists build more exact models of the Moon and thereby provide a better understanding of its origin and history. The scientific objective of the deep core drill was to obtain a 10-foot core of lunar materials for analysis of thermal properties and stratigraphic composition of the upper surface of the Moon…The drill was used to insert a deep core tube into the surface near the HFE probes to collect lunar material from the surface down to a depth of ten feet. The deep drill core tube consisted of six sections, each 40 cm long…This Lunar Surface Drill Chuck has been in my personal collection since returning to Earth.”

Towards the end of the mission’s first lunar surface EVA, Scott’s initial attempt to drill the HFE bore stem proved a difficult task. After reaching a depth of 5.3 feet, lunar soil particles rode up the helix of the drill bit and hastily halted its momentum. The extreme torque had also subsequently locked the drill chuck and was released using a wrench. The drilling of the second bore stem, which, due to time constraints, was postponed until the following EVA, also concluded with a limited depth mark due to tightly packed lunar soil. Alternately, however, the drilling of the deep core tube was relatively quick in contrast, but extraction of the tube, which essentially screwed itself into the soil, was again delayed until the following EVA. Results from the experiments concluded that the Moon, far more radioactive than previously thought, bore a significant stratigraphic history, revealing a total of 58 individual layers in the deep core sample. An essential artifact related to some of the most substantial and important lunar surface findings of the Apollo program. Pre-certified