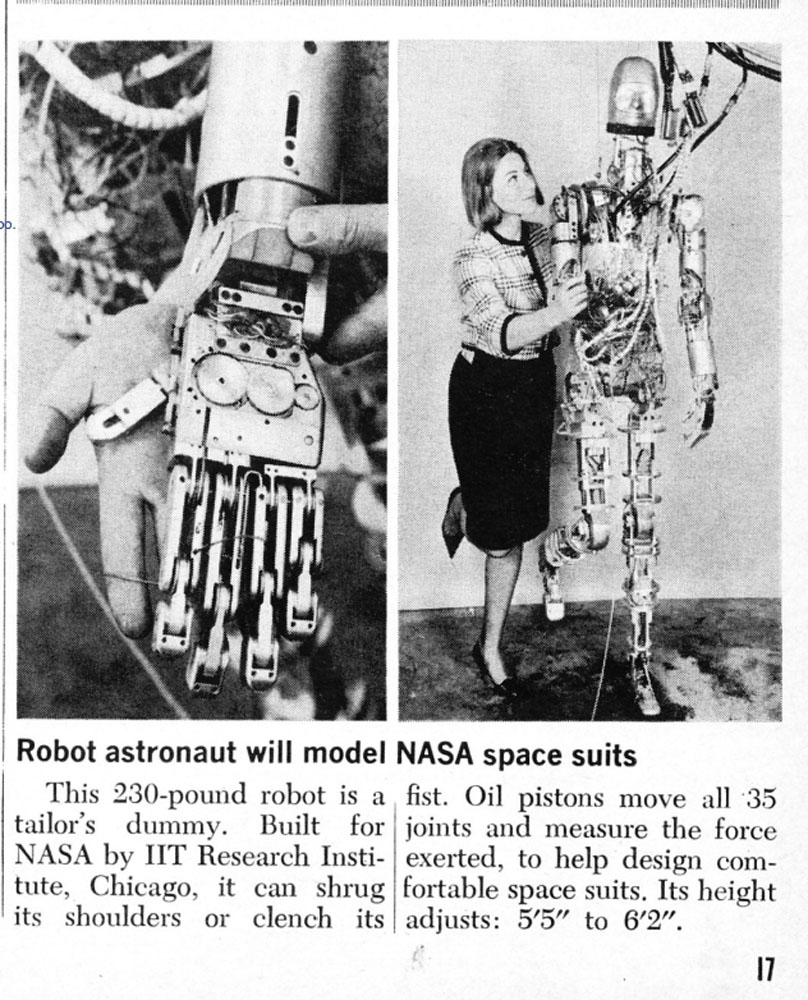 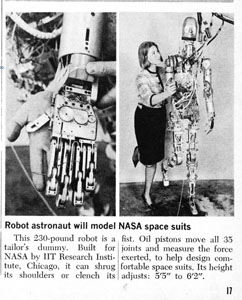 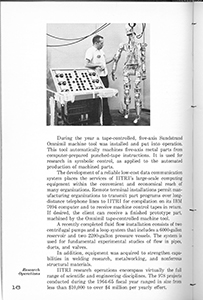 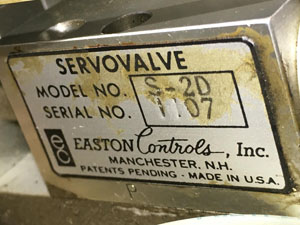 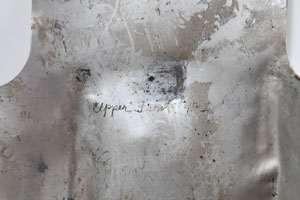 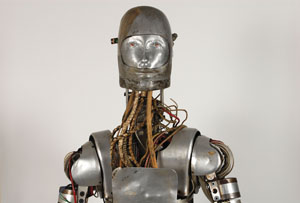 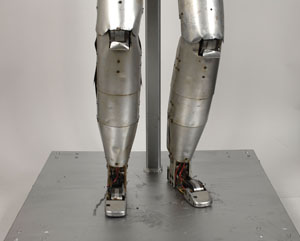 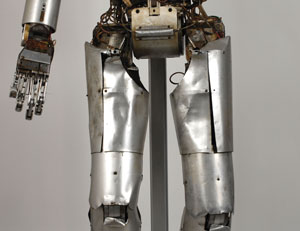 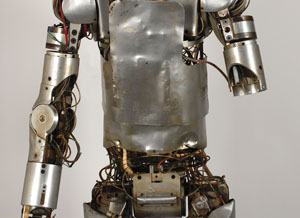 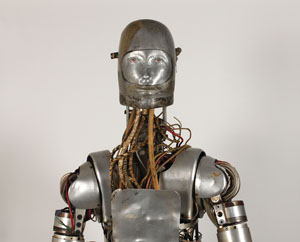 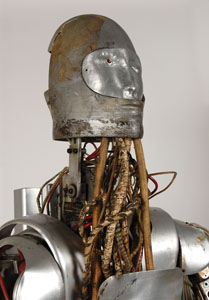 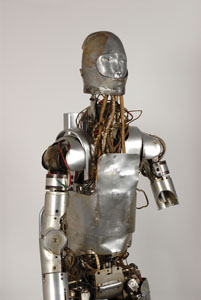 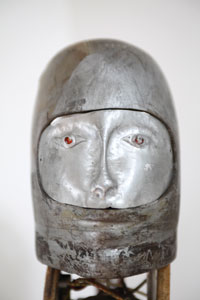 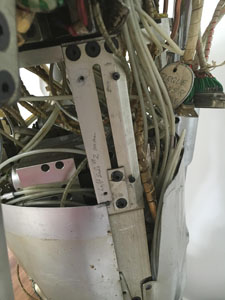 An extraordinary hydraulically powered robot dummy designed for NASA to use in testing space suits, circa 1963-1965, produced by the IIT Research Institute. The life-size dummy could simulate 35 basic human motions and was equipped with torque sensors at each joint to gather data on forces imposed on the human body by a pressurized suit. While a person could qualitatively describe the comfort and restrictions of a certain suit, the articulated dummy could provide direct quantitative information for a more scientific method of refining the design.

Weighing 230 pounds, the dummy was made height adjustable from 5´ 5″ to 6´ 2″ so that it could represent the average American male from the fifth to ninety-fifth percentile. The movements of the robot were enabled by hydraulic actuators powered by oil flowing through a nylon-tube circulatory system, and controlled by the operator from a separate console. The exterior is covered with a 1/32-inch thick aluminum skin with cutaways to allow freedom of motion, and the facial section of the fiberglass head is removable for access to the interior connections. The dummy is missing a forearm and hand, has various scuffs and dings to the body, and some of the wiring is frayed or damaged.

Only two of these robot dummies were produced, and the other is owned by the Smithsonian's National Air and Space Museum; this one was purchased as surplus from the University of Maryland. The 'Power Driven Articulated Dummy' project was under Contract No. NAS 9-1370 and ran from May 22, 1963 through July 31, 1965, and is described at length in an official report dated December 14, 1965. The report covers, in great detail, the specifications of the dummy, its various systems, and technical hurdles encountered while creating it.

Although the development team succeeded in creating this impressive android-it could swivel its hips, raise and lower its arms and legs, shrug its shoulders, clench its fists, and even shake hands-the robot was never deployed as intended. The hydraulic system could not handle the pressure needed to move the robot's extremities without leaking, and despite some creative test solutions-including outfitting it with a scuba wetsuit-the problem was never solved. NASA ultimately dropped the project in order to direct its funding elsewhere. Nevertheless, this remarkable robot stands as a testament to the innovative creativity NASA inspired in its quest skyward.

Considering the size and weight of this item, additional shipping charges will apply; please contact [email protected] for more details.