The Help! royal premiere program signed by the Beatles and gang 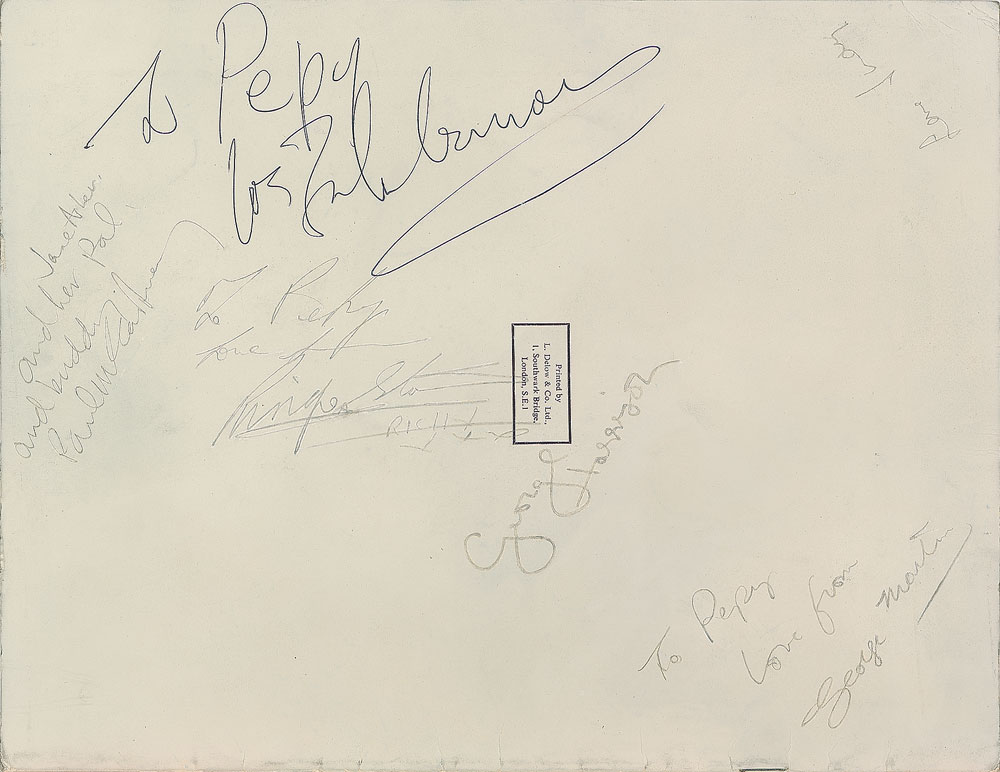 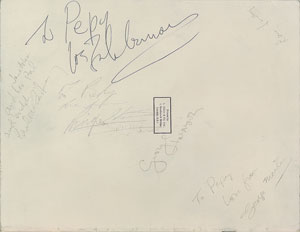 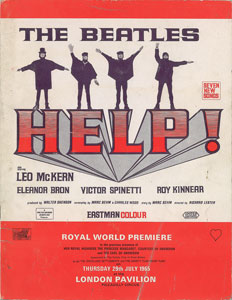 The Help! royal premiere program signed by the Beatles and gang

Vintage program from the royal world premiere of the Beatles’ second feature film, Help!, held at the London Pavilion in Piccadilly Circus on July 29, 1965, twenty-eight pages, 8.5 x 11, signed and inscribed on the back cover in black ballpoint, “To Pepy, love, John Lennon,” and in pencil, “Paul McCartney,” “George Harrison,” and “To Pepy, love from, Ringo Starr.” Also signed and inscribed in pencil by record producer George Martin and his future wife Judy, as well as McCartney’s girlfriend Jane Asher, with McCartney adding below her signature, “and her pal and buddy.” Program also bears an unidentified pencil signature below the Starr signature. The front cover has a long diagonal crease and exhibits general handling wear; the signed back cover has been professionally cleaned and restored to fine condition. Accompanied by a letter of authenticity from noted Beatles expert Frank Caiazzo, in part: “Signed programs from this event are extremely rare, and only a handful has turned up in the 40 years since this event took place.” Inspired by the Goon Show and the Marx Brothers classic Duck Soup, Help! saw the Fab Four tackling comedy with a James Bond twist, fending off an evil cult from seizing a sacrificial ring attached to Ringo’s hand. The enormous premiere was attended by Princess Margaret, Countess of Snowdon and the Earl of Snowdon, and despite not earning as rave reviews as A Hard Days Night, the film has since been credited for influencing the development of music videos. A truly rare, multi-signed piece of Beatles history.