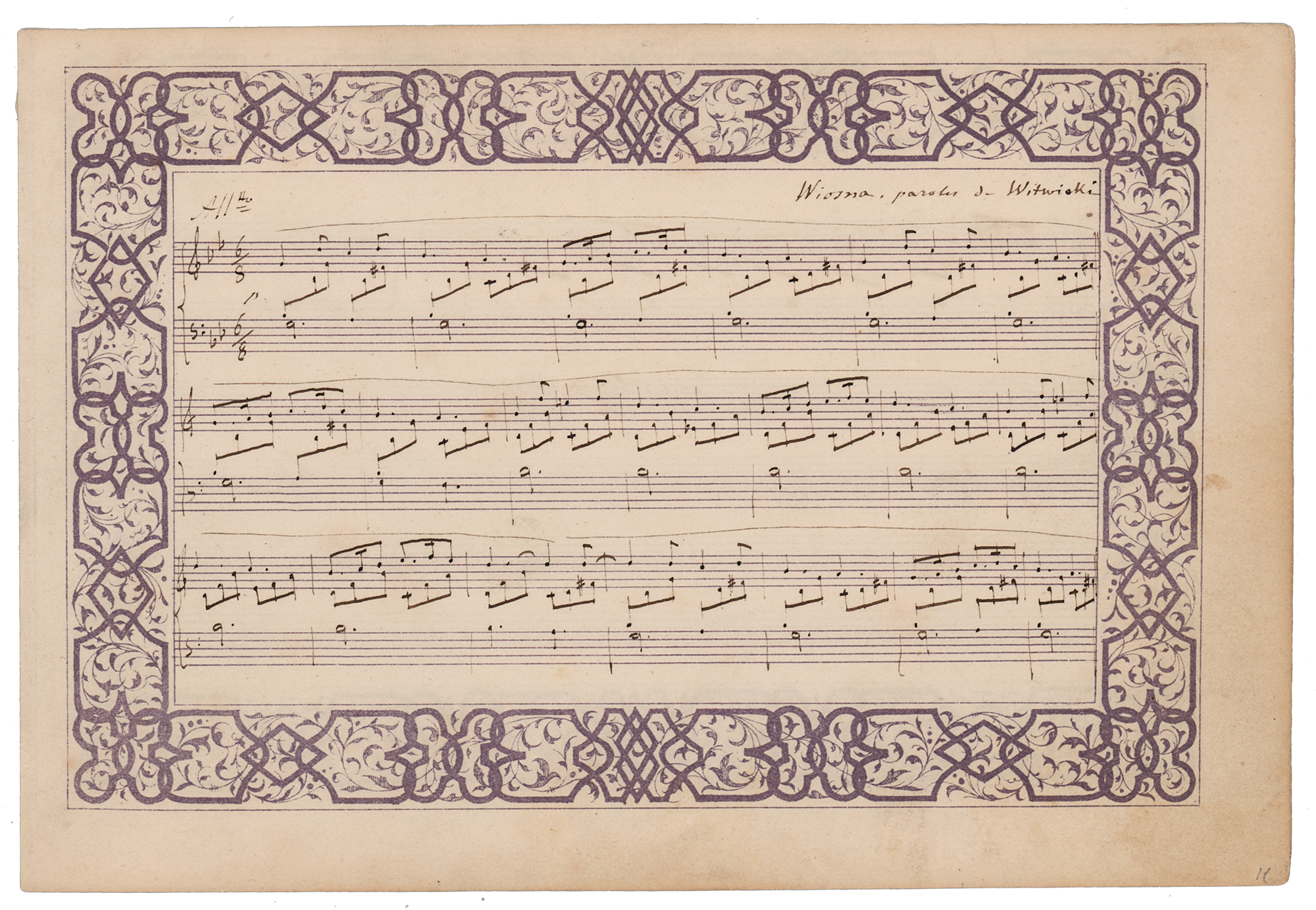 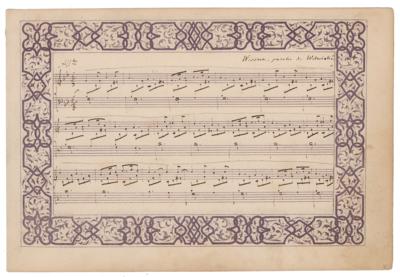 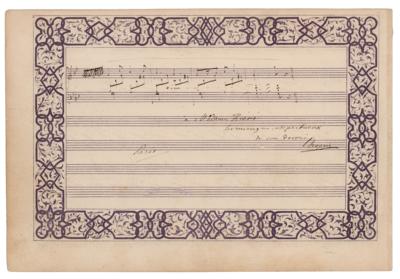 AMQS on an off-white 8.25 x 5.5 sheet featuring an ornate purple border, signed and inscribed at the conclusion in ink, "Madame Kiéné, hommage respectueux de son devoué, Chopin." Chopin pens the complete piano score of the Polish song "Wiosna, paroles de Witwicki," op. posth. 74 nr. 2 in g minor, indicated "All[egre]tto." This composition, originally written as 'Andantino' for one singing voice with piano accompaniment, probably in the spring of 1838, set to a text by Stefan Witwicki, is a typical Dumka, the melancholic counterpart of Polish idyllic song. The oscillation between g minor and b flat major creates a nostalgic 'senza-fine' mood. It is probably dedicated to the pianist Marie Catherine Kiéné, née Leyer, the mother of the pianist and composer Anne Marie Bigot de Morogues, who died at a young age, and taught the piano to Fanny Hensel and Felix Mendelssohn Bartholdy. In fine condition.

Stefan Witwicki, who wrote most of the texts of the surviving Chopin songs, pressured him to compose a Polish opera. Chopin however, who only enjoyed improvising on Polish songs in a private circle, neither included them in his concert programs, nor had them published. Some songs only existed as drafts and were to be burned, according to Chopin's last will. Up to date, a total of merely 19 songs are known. The first edition of this song was published as late as 1856 by Aleksander Gins in Warsaw, set to the text of a poem by Stanislaw Jachowicz.