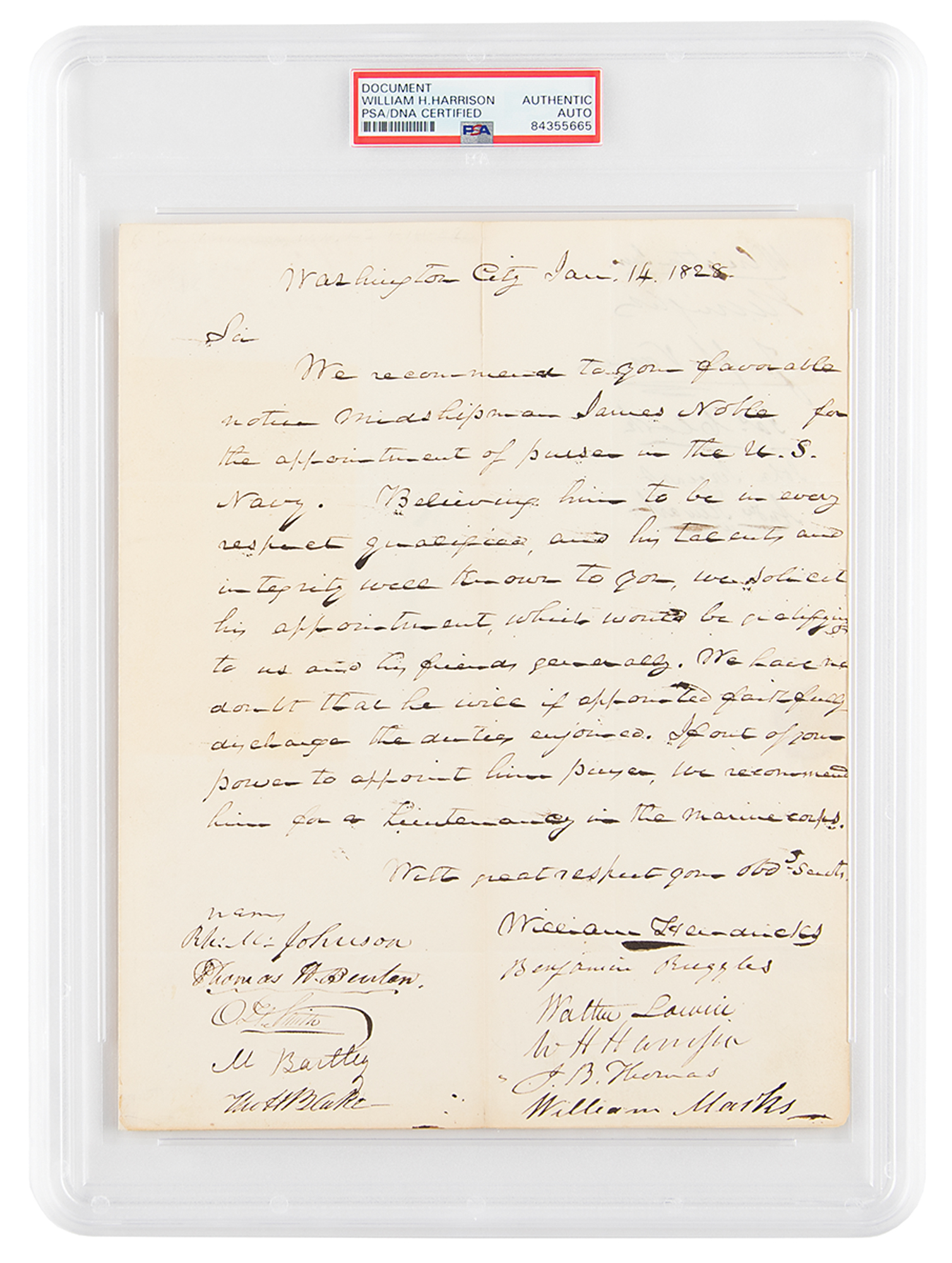 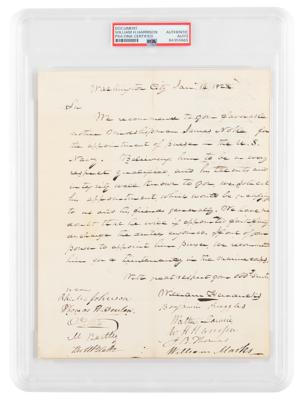 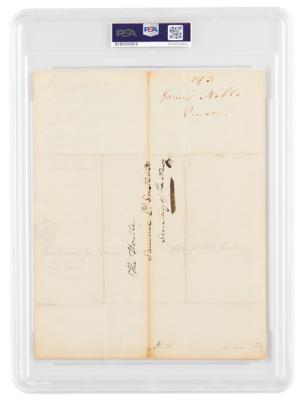 Manuscript DS, signed “W. H. Harrison,” one page both sides, 8 x 10, January 14, 1828. A letter of recommendation addressed to Secretary of the Navy Samuel L. Southard, in full: "We recommend to you favorable notice Midshipman James Noble for the appointment of purser in the U.S. Navy. Believing him to be in every respect qualified, and his talents and integrity well known to you, we solicit his appointment, which would be gratifying to us and his friends generally. We have no doubt that he will if appointed faithfully discharge the duties enjoined. If out of your power to appoint him purser, we recommend him for a lieutenancy in the Marine Corps." Signed at the conclusion by Harrison, and countersigned by several others, including: Richard M. Johnson, Thomas Hart Benton, Jesse B. Thomas, William Hendricks, Benjamin Ruggles, William Marks, Walter Lowrie, Oliver H. Smith, Mordecai Bartley, Thomas H. Blake, William Creighton, Jr., John C. Wright, Joseph Vance, James Clark, John Sergeant, and Andrew Stewart. In very good to fine condition, with reinforcements to the inner hinge and short fold splits. Encapsulated in a PSA/DNA authentication holder.