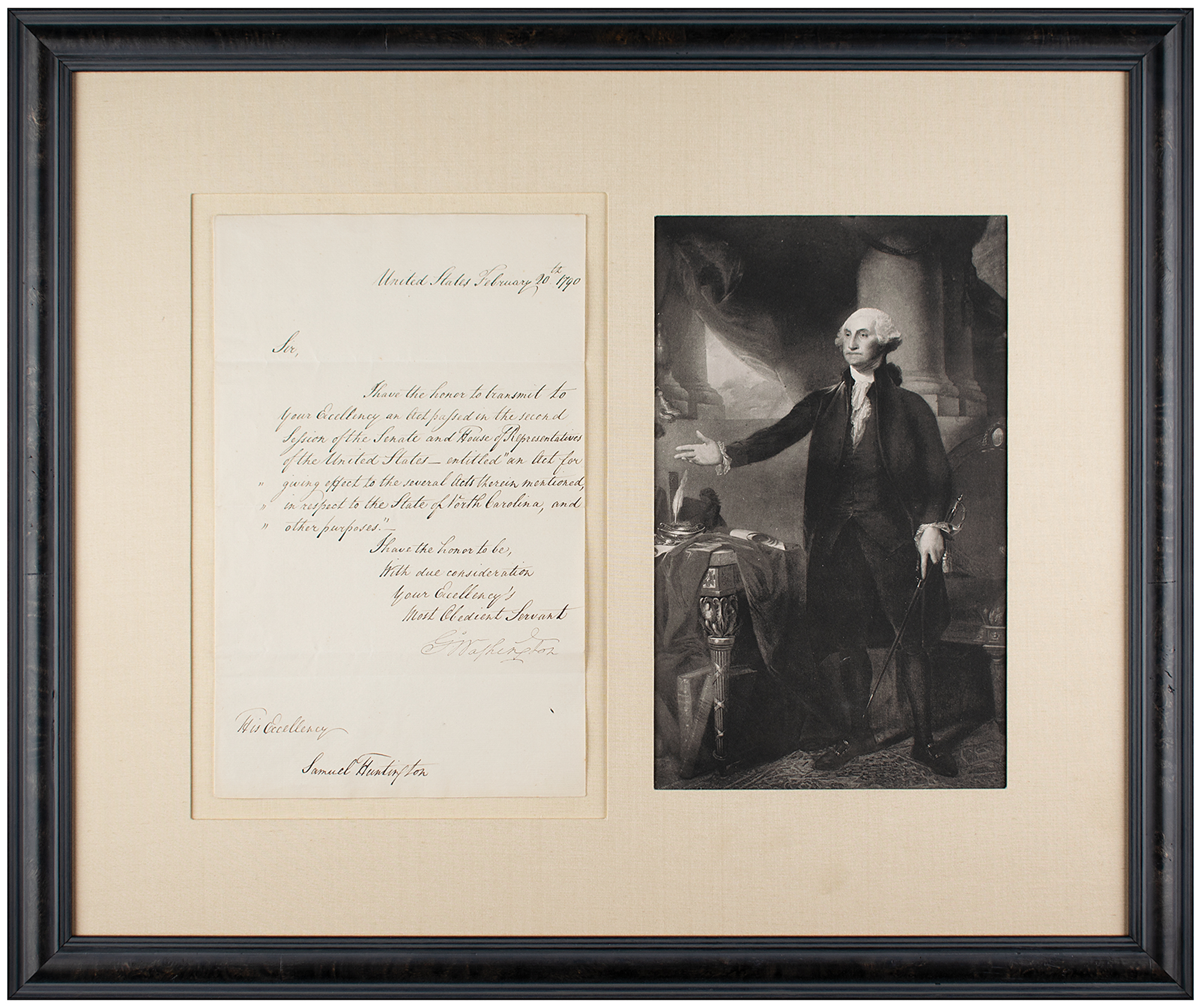 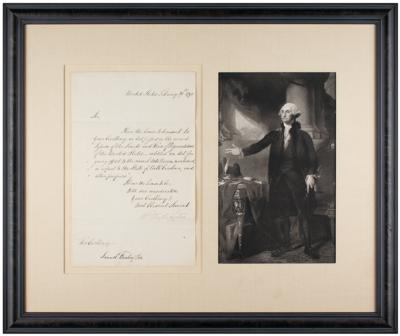 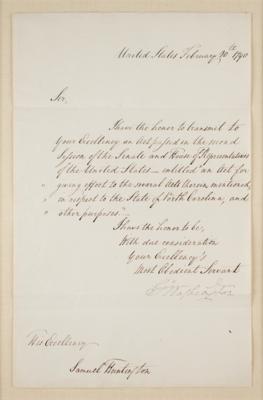 Significant LS as president, signed "Go: Washington," one page, 8 x 12.5, February 20, 1790. Letter to Governor Samuel Huntington of Connecticut, in full: "I have the honor to transmit to Your Excellency an Act passed in the second Session of the Senate and House of Representatives of the United States, entitled 'an Act for giving effect to the several Acts therein mentioned, in respect to the State of North Carolina, and other purposes.'" Handsomely mounted, matted, and framed with an engraved portrait to an overall size of 25.5 x 21.25. In fine condition.

While both states feared the consolidation of power in a central government and protested the absence of a Bill of Rights, it became clear that they would be treated as foreign entities if they did not ratify-a worse fate, by all accounts. Acts passed in the first session of Congress applied only to the eleven states-among these were the important Tariff Act of 1789, and further acts regulating commerce along the coast. When North Carolina became the first new state to ratify the Constitution on November 21, 1789, it became a priority of the second session to enact legislation to enforce existing laws upon the new state.