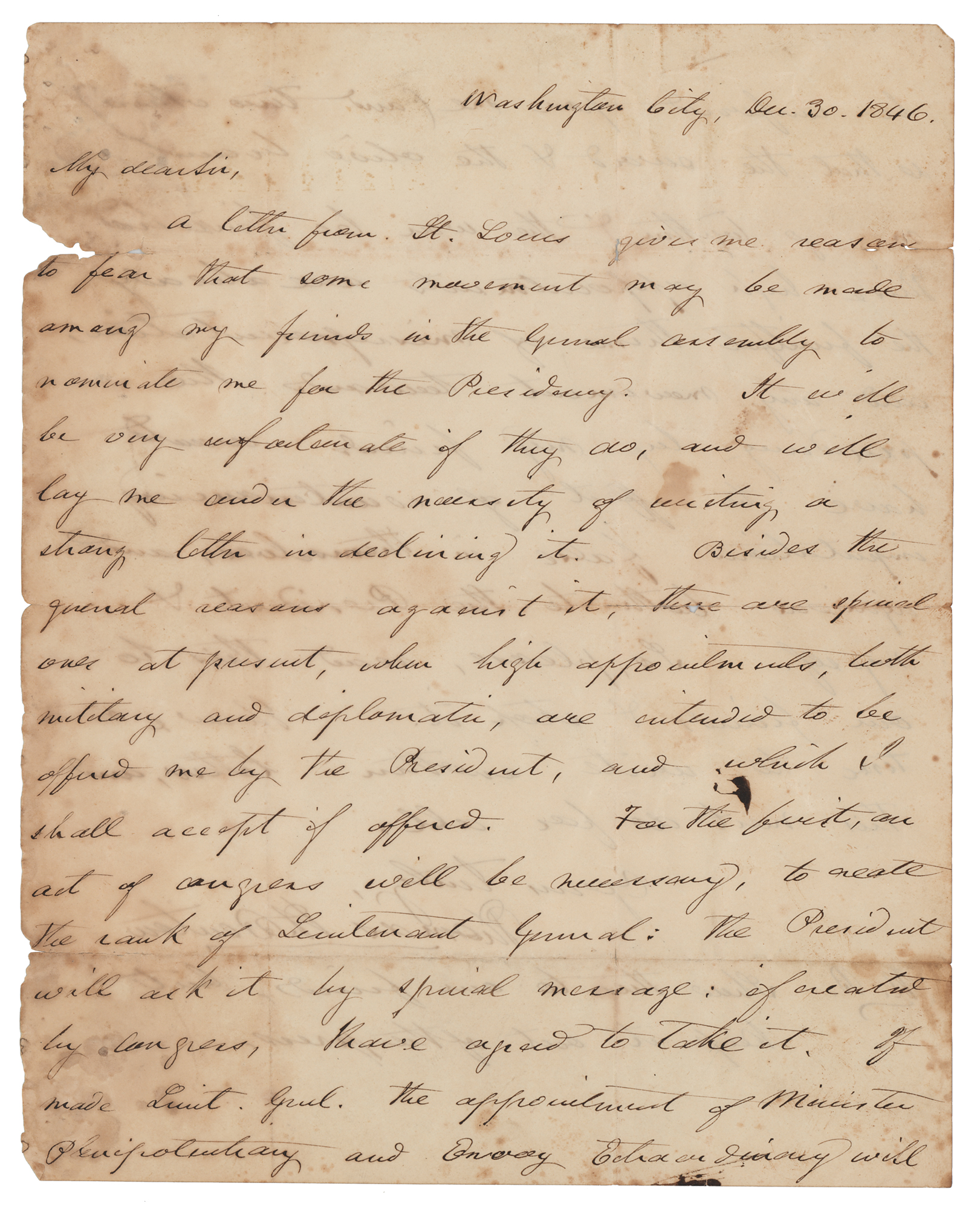 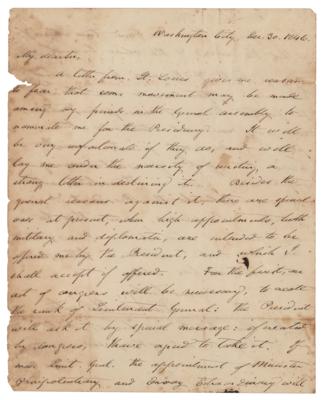 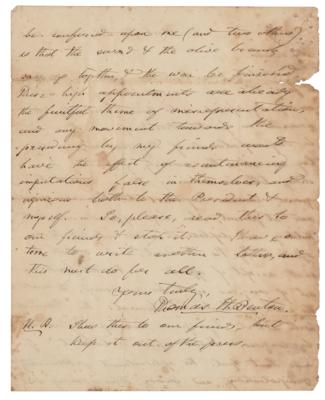 ALS signed "Thomas H. Benton," one page both sides, 8 x 10, December 30, 1846. Letter to a gentleman in Missouri, regarding his boundless ambitions and the leadership to which he aspired in the Mexican War. In full: "A letter from St. Louis gives me reason to fear that some movement may be made among my friends in the General assembly to nominate me for the Presidency? It will be very unfortunate if they do, and will lay me under the necessity of writing a strong letter in declining it. Besides the general reasons against it, there are special ones at present, when high appointments, both military and diplomatic, are intended to be offered me by the President, and which I shall accept if offered. For the first, an act of congress will be necessary, to create the rank of Lieutenant General: the President will ask it by special message: if created by Congress, I have agreed to take it. If made Lieut. Genl. the appointment of Minister Plenipotentiary and Envoy Extraordinary will be conferred upon me (and two others) so that the sword & the olive be and may go together & the war be finished. These high appointments are already the fruitful theme of misrepresentations, and any movement towards the presidency by my friends would have the effect of countenancing imputations false in themselves, and injurious both to the President & myself. So, please, read this to our friends & stop it. There is no time to write another letter, and this must do for all." After his signature Benton goes on to add a small postscript which reads, "N.B. Show this to our friends, but keep it out of the press." In very good condition, with light staining and toning, small areas of paper loss, and splitting to the horizontal folds.