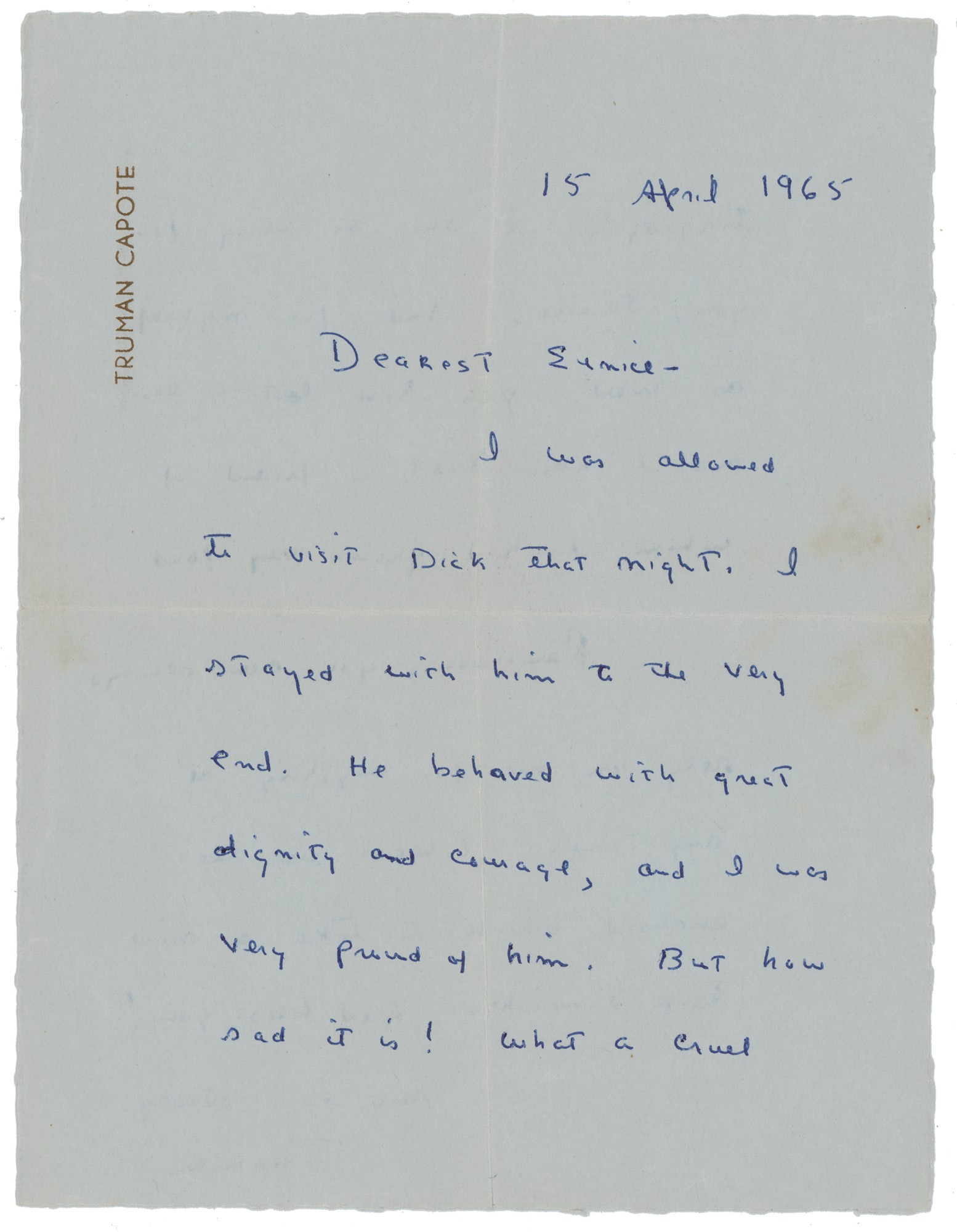 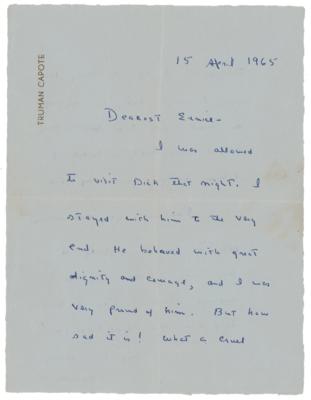 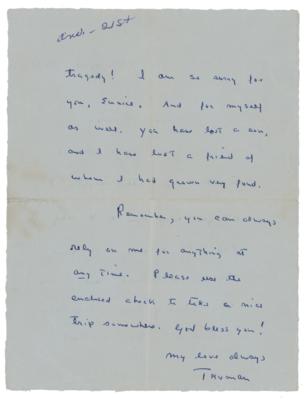 ALS signed “Truman,” one page both sides, 6 x 8, personal letterhead, April 15, 1965. Handwritten letter to Eunice Hickcock, the mother of Richard Hickcock, one of two killers who became the subject of Capote's non-fiction novel In Cold Blood, written the day after his execution. In full: "I was allowed to visit Dick that night. I stayed with him to the very end. He behaved with great dignity and courage, and I was very proud of him. But how sad it is! What a cruel tragedy! I am so sorry for you, Eunice. And for myself as well. You have lost a son, and I have lost a friend of whom I had grown very fond. Remember, you can always rely on me for anything at any time. Please use the enclosed check to take a nice trip somewhere. God bless you!" In fine condition.

In the early morning hours of November 15, 1959, four members of the Clutter family were murdered in a rural Kansas farming community. Two ex-convicts, Perry Smith and Richard Hickock, were captured six weeks later, put on trial, found guilty of the murders and sentenced to death. They would remain on death row for nearly six years, before both being executed on April 14, 1965. Even before they were apprehended, writer Truman Capote had developed an interest in the story and traveled to Holcomb, Kansas, to interview the locals. After Smith and Hickcock were imprisoned, Capote interviewed both extensively, eventually befriending them and serving as an official witness to their executions. He compiled over 8,000 pages of research notes while writing In Cold Blood, which was first published as a four-part serial in The New Yorker, beginning on September 25, 1965. Random House released it in book form on January 17, 1966, where it achieved overnight success. In Cold Blood remains the best-selling true crime book of all time.

This item is Pre-Certified by PSA/DNA
Buy a third-party letter of authenticity for $30.00