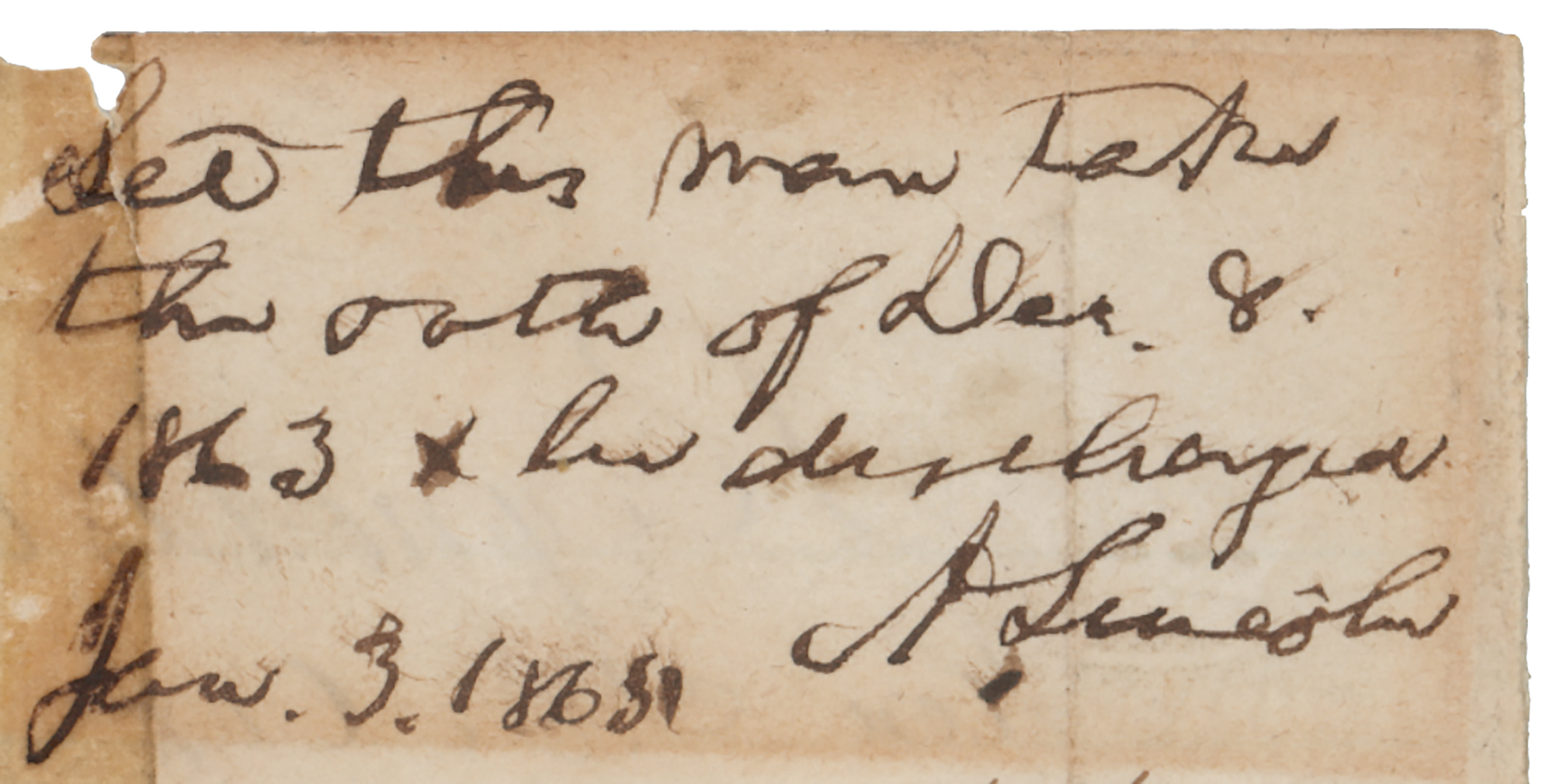 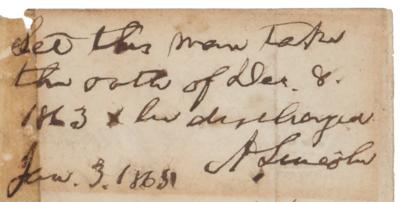 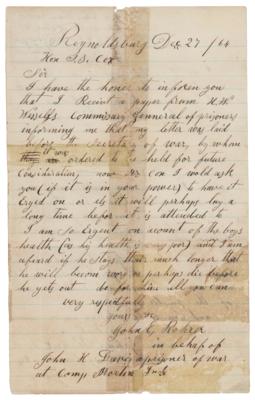 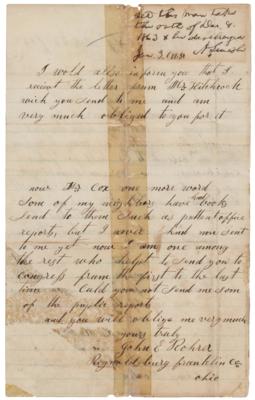 Civil War-dated ANS as president, signed “A. Lincoln,” penned at the top of a letter sent by John E. Rohrer to Ohio Congressman Samuel S. Cox on behalf of John D. Davis, a Confederate prisoner of war at Camp Morton in Indianapolis. The letter, one page, both sides, 5 x 8, January 3, 1865, is penned in the upper right of the reverse by President Lincoln: “Let this man takes the oath of Dec. 8, 1863 & be discharged. A. Lincoln, Jan. 3, 1865.”

Written from Reynoldsburg, Ohio, the letter from Rohrer to Cox, in part (spelling and grammar retained): "I have the honer to inform you that I Recivt a paper from H. W. Wessells commissary genneral of prisoners informing me that my letter was laid before the Secretary of War, by whome it was ordered to be held for future consideration, now Mr. Cox I wold ask you (if it is in your power) to have it Erged on or els it will perhaps by a long time befor it is attended to. I am so Ergent on account of the boys health (as his health is very poor) and I am afeard if he stays their much longer that he will becom wors or perhaps die before he gets out do for him all you can.” On the reverse, Rohrer, as “one among the rest who helpt to send you to Congress,” asks Cox to forward him some public reports. In very good condition, with toning from prior display, and old tape stains, one of which touches several words of the endorsement.