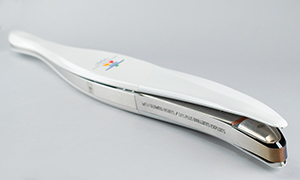 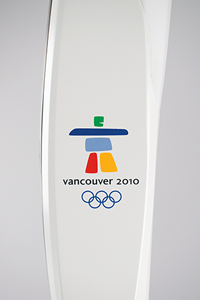 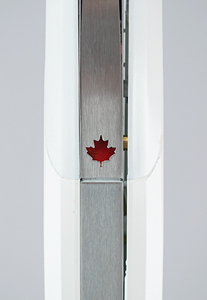 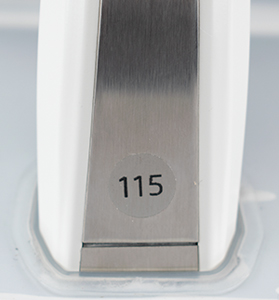 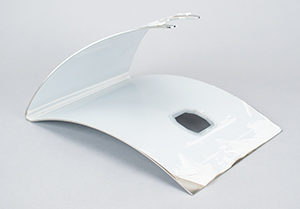 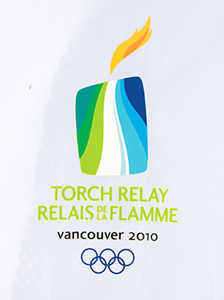 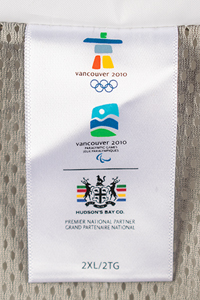 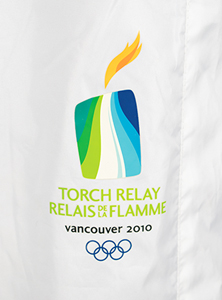 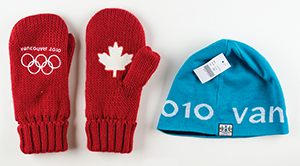 Official 2010 Vancouver Winter Olympics torch, constructed of stainless steel, aluminum, and sheet molding, measuring 37″ in length and 3″ at its widest point. Manufactured by Bombardier, the shape and contours of the torch represent the lines made by snow and ice sports, and is engraved with the motto “With Glowing Hearts / Des plus brilliants exploits,” with the Canadian maple leaf ‘cut-out’ on the opposing side. The two white panels, which bear the Vancouver Games logo, feature a slight separation to upper section, which is typical for these torches. Complete with its original torch relay carrying bag, the uncommon original stainless steel display stand, and the official 2010 Vancouver Winter Games torch relay suit, size 2XL, consisting of white shell jacket and pants with both featuring stylized torch relay logos and silver text, "Vancouver 2010"; the front of jacket bears an affixed number tag, “115,” and the back features large Olympic rings. Also included is a blue beanie cap and a pair of red knit mittens, both of which read “Vancouver 2010.” The torch was lit in Olympia on October 22, 2009, and from October 30, 2009, until February 12, 2010, the Olympic Flame was carried by over 12,000 runners for over 100 days over a course of 45,000 km of Canadian soil—the longest national relay ever held.