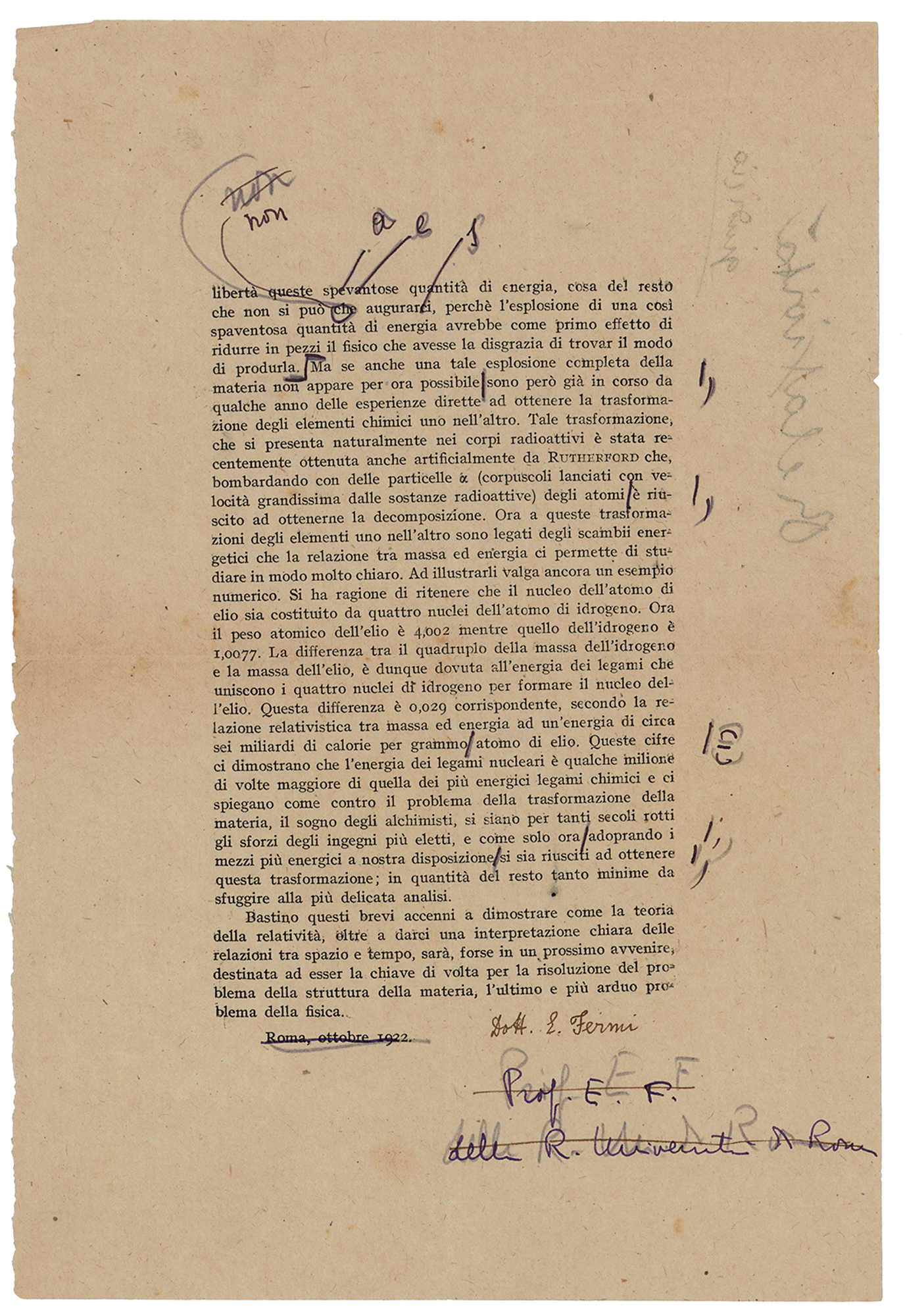 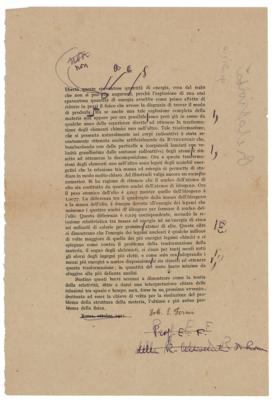 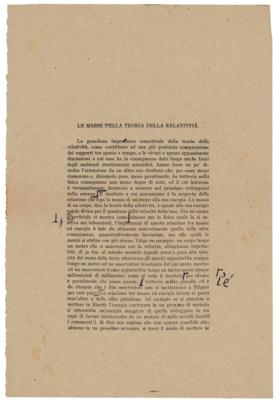 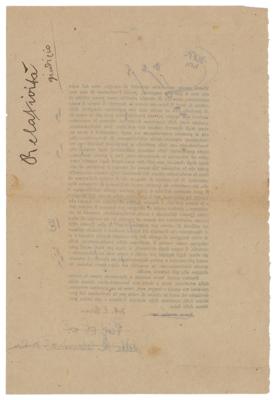 Important corrected galley proof of "Le Masse Nella Teoria della Relativita [The Masses in The Theory of Relativity]," signed at the conclusion in ink by its author, "Dott. E. Fermi," two pages, 7.5 x 11, [October 1922]. Fermi signs a corrected galley proof of his analysis of Einstein's Theory of Relativity, which refers to the famous mass-energy equivalence equation E = mc2 and anticipates the atomic bomb. In part (translated): "The tremendous conceptual importance of the theory of relativity as a contribution to a more profound understanding of the relationship between space and time…has diverted the attention from another of its conclusions…The conclusion to which we allude above is the discovery of the relationship between the mass of a body and its energy. The mass of a body according to the theory of relativity is equal to the total energy divided by the square of the velocity of light. Even a superficial examination reveals to us…the importance of the relationship between mass and energy. The relationship between mass and energy brings us, without any doubt, to staggering figures. For example, if one could succeed in setting free all the energy contained in one gram of matter, one would obtain an energy greater than that produced during three years of uninterrupted functioning of a 1,000 horsepower motor…It will be said, with reason, that for the foreseeable future, it does not seem possible that a way will be found to set free this frightening quantity of energy. Of course, this is something we should not wish for, because the explosion of such an overwhelming total of energy would have the immediate effect of shattering to smithereens whatever physicist was unlucky enough to produce it." In fine condition.

An immensely significant paper signed by Fermi at the age of 21, just months after earning his doctorate in physics from the University of Pisa. Einstein had introduced the concept of mass-energy equivalence during his 'annus mirabilis' in 1905, and had fully developed the General Theory of Relativity by 1916. Its experimental proof in 1919 made Einstein an overnight celebrity, and his theories were brought to the forefront of modern science. Here, Fermi astutely recognizes the importance of the relationship between mass and energy, and examines the way that such energy might be unleashed. Fermi would dedicate his career to that question, creating the world's first nuclear reactor (the Chicago Pile-1), and developing the atomic bomb as part of the Manhattan Project under Oppenheimer. A museum-quality piece signed by Fermi at the outset of his celebrated career in physics.