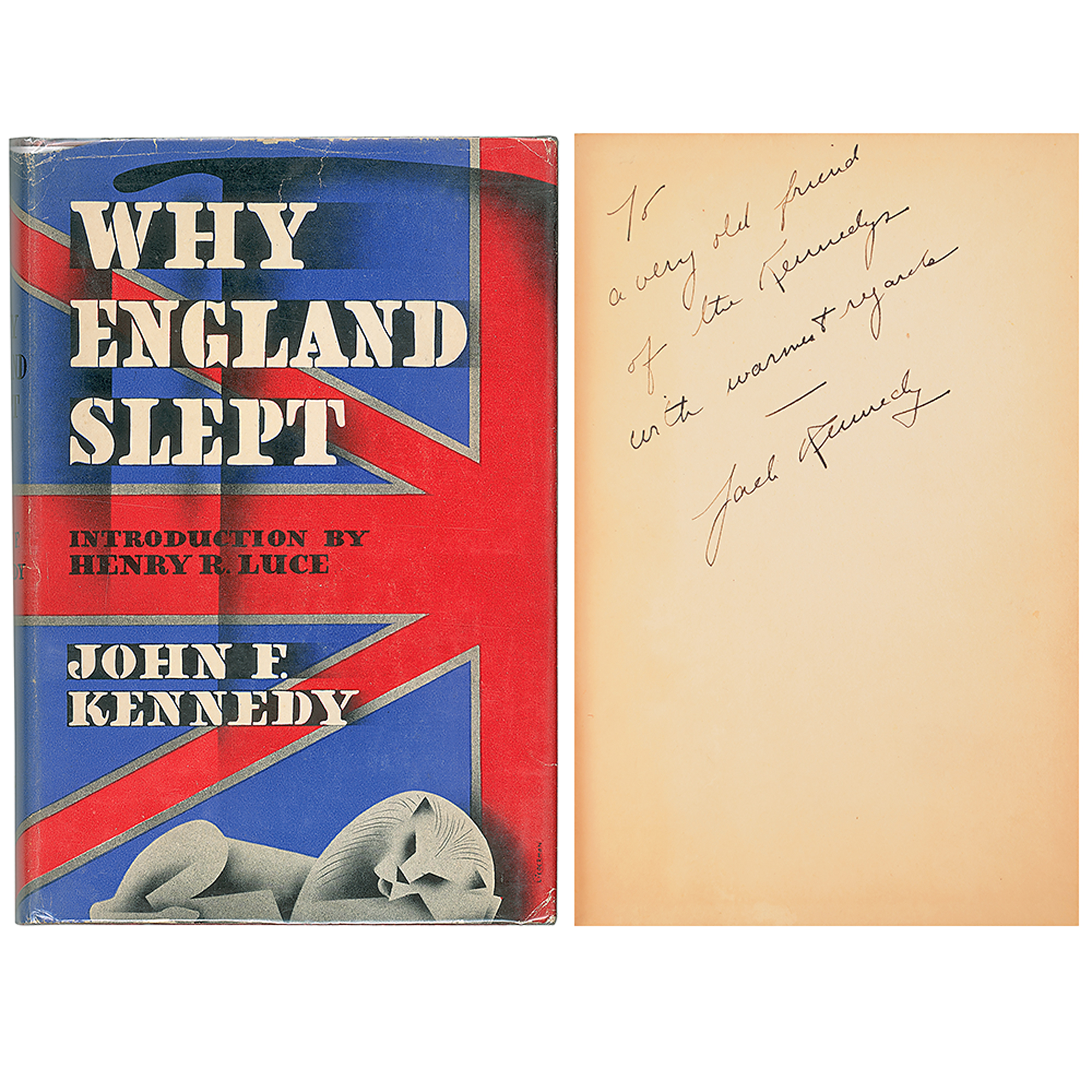 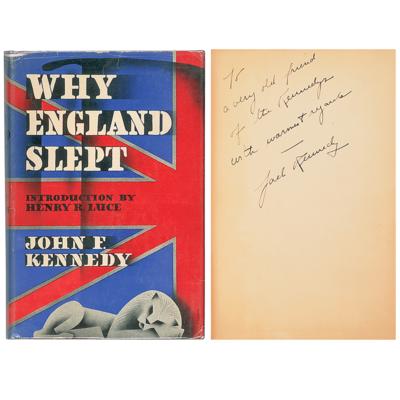 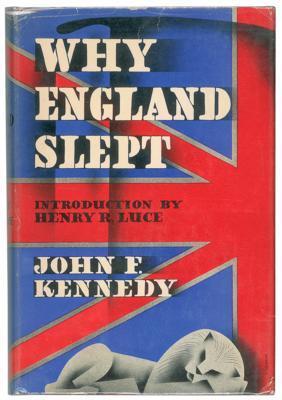 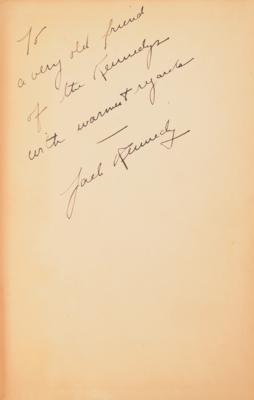 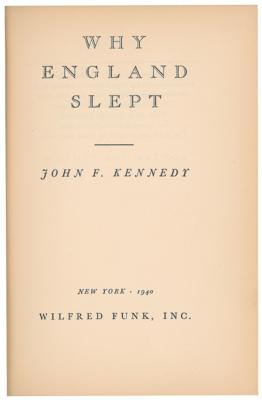 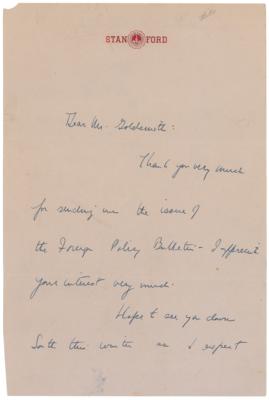 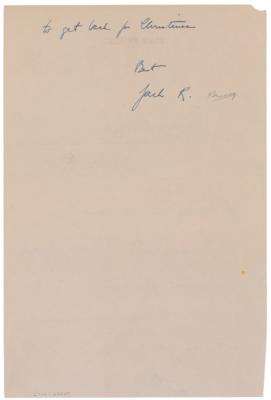 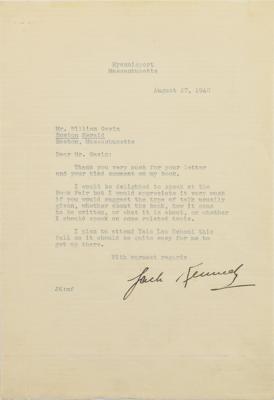 Signed book: Why England Slept by John F. Kennedy, with introduction by Henry R. Luce. First edition. NY: Wilfred Funk, Inc., 1940. Hardcover with dust jacket, 5.75 x 8.5, 252 pages. Boldly signed and inscribed on the first free end page in fountain pen to stockbroker Arthur Goldsmith, "To a very old friend of the Kennedys, with warmest regards—Jack Kennedy." Autographic condition: fine. Book condition: VG/VG, with sunned backstrip, head of spine fraying, some mottling to top edges, and a short closed tear to the bottom of one page; dust jacket exhibits minimal wear with a few shallow creases at spine head and front panel, and a couple of short closed tears at top edge. Based on his Harvard thesis, Kennedy's first book examines the years leading up to World War II and the measures taken—or not taken—by England to extinguish the German threat before it developed into world war. The recipient, Goldsmith, was the friend and Harvard classmate of Joseph P. Kennedy. He went on to become a Wall Street stockbroker and maintained a close relationship with the Kennedy family.

Scarce ALS signed "Jack K.," one page both sides, 7 x 10.5, Stanford University letterhead, no date but circa 1940. Letter to Arthur Goldsmith, in full: "Thank you very much for sending me the issue of Foreign Policy Bulletin. I appreciate your interest very much. Hope to see you down South this winter as I expect to get back for Christmas." In fine condition, with a few stray marks, a chip to one corner, and a trimmed left edge. After graduating and unsure of his next move, Kennedy enrolled in the politically conservative Stanford Graduate School of Business in the fall—rather than Yale Law, as he had expressed to William Gavin in the next letter. He soon left the school and decided to join the Navy in 1941, making letters from his time at Stanford quite scarce.

TLS signed "Jack Kennedy," one page, 7.25 x 10.25, August 27, 1940. To William Gavin of the Boston Herald, with reference to Why England Slept. In full: "Thank you very much for your letter and your kind comment on my book. I would be delighted to speak at the Book Fair but I would appreciate it very much if you would suggest the type of talk usually given, whether about the book, how it came to be written, or what it is about, or whether I should speak on some related topic. I plan to attend Yale Law School this fall so it should be quite easy for me to get up there." In fine condition.