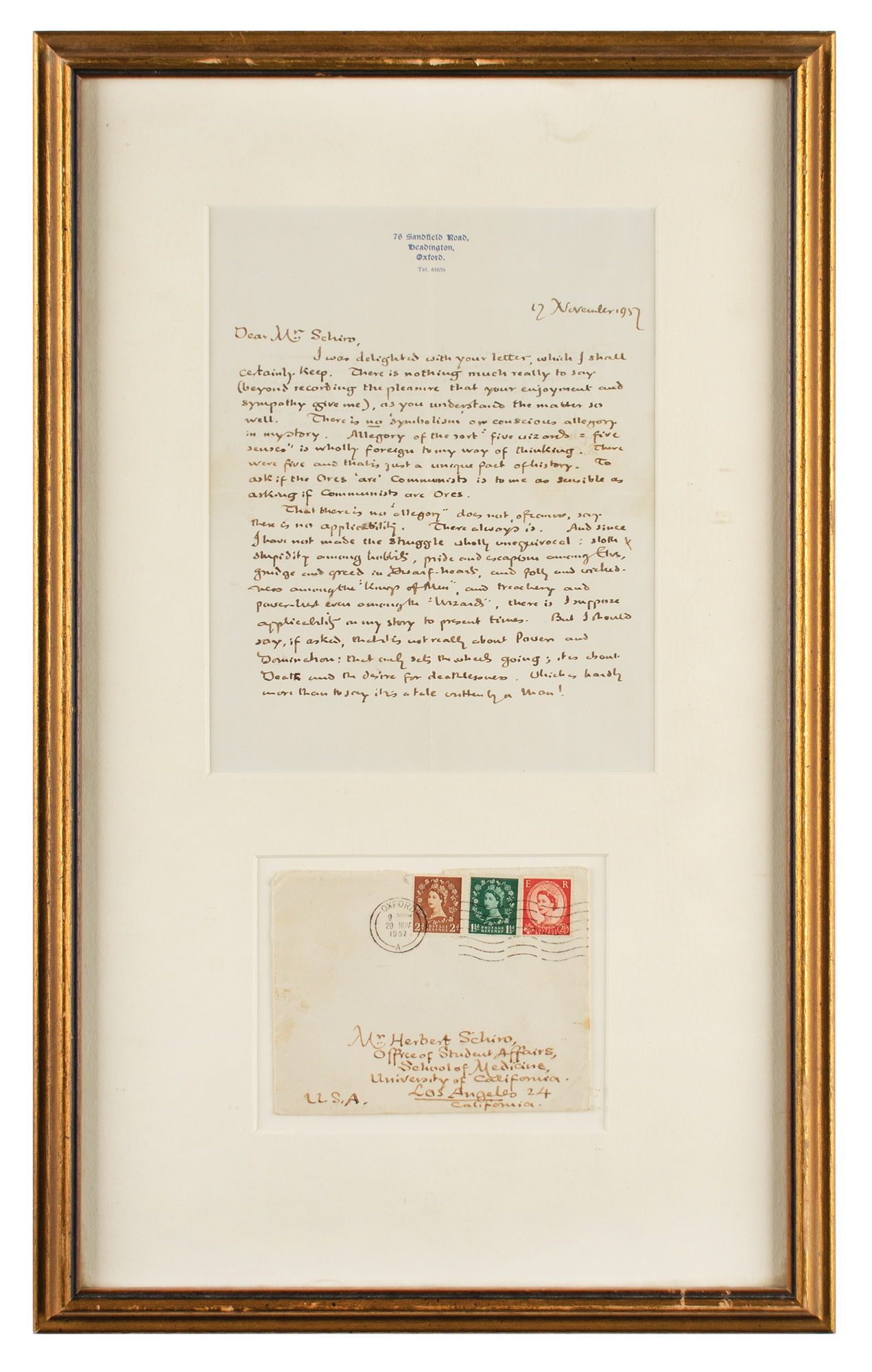 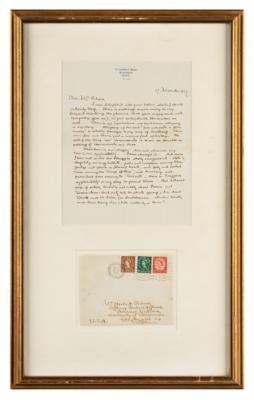 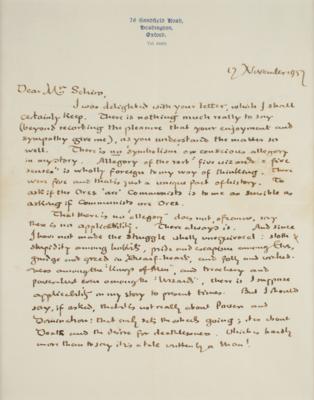 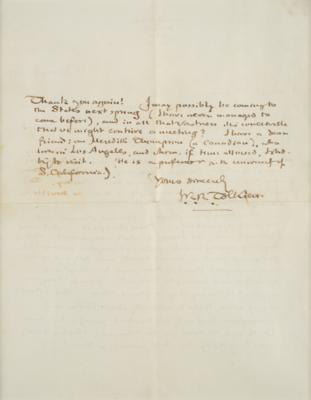 Magnificent ALS from J. R. R. Tolkien, one page both sides, 6.75 x 8.5, personal 76 Sandfield Road, Headington, Oxford letterhead, November 17, 1957. Handwritten letter to Herbert Schiro of the School of Medicine at the University of California, in full: "I was delighted with your letter, which I shall certainly keep. There is nothing much really to say (beyond recording the pleasure that your enjoyment and sympathy give me), as you understand the matter so well. There is no ‘symbolism’ or conscious allegory in my story. Allegory of the sort ‘five wizards = five senses’ is wholly foreign to my way of thinking. There were five wizards and that is just a unique part of history. To ask if the Orcs ‘are’ Communists is to me as sensible as asking if Communists are Orcs.

That there is no ‘allegory’ does not, of course, say there is no applicability. There always is. And since I have not made the struggle wholly unequivocal: sloth and stupidity among hobbits, pride and escapism among Elvs, grudge and greed in Dwarf-heart, and folly and wickedness among the ‘Kings of Men,’ and treachery and power-lust even among the ‘Wizards,’ there is I suppose applicability in my story to present times. But I should say, if asked, that it is not really about Power and Domination: that only gets the wheel going; it is about Death and the desire for deathlessness. Which is hardly more than to say it is a tale written by a Man!

Thank you again! I may possibly be coming to the States next spring (I have never managed to come before), and in all that vastness it is conceivable that we might contrive a meeting? I have a dear friend: one Meredith Thompson (a Canadian), who lives in Los Angeles, and whom, if time allowed, I shd try to visit. (He is a professor in the University of S. California).” Matted and framed with Tolkien's original hand-addressed mailing envelope to an overall size of 12 x 19.75; the frame's glass backing allows viewing for the second page. In fine condition.

This letter is referenced in the book The Letters of J. R. R. Tolkien by Humphrey Carpenter, page 262, item 203, and was previously offered for sale to Marquette University's John P. Raynor, S. J. Library Tolkien Collection. Archivist William Fliss, interim curator for the Tolkien Collection, graciously declined purchase due to 'lack of funds,' but stated: 'This letter is certainly worthy of our collection and would be a great addition, especially because it centers on 'The Lord of the Rings,' for which we own the original manuscript.' A distinctly exceptional and unusually insightful letter from one of fiction's most influential scribes.