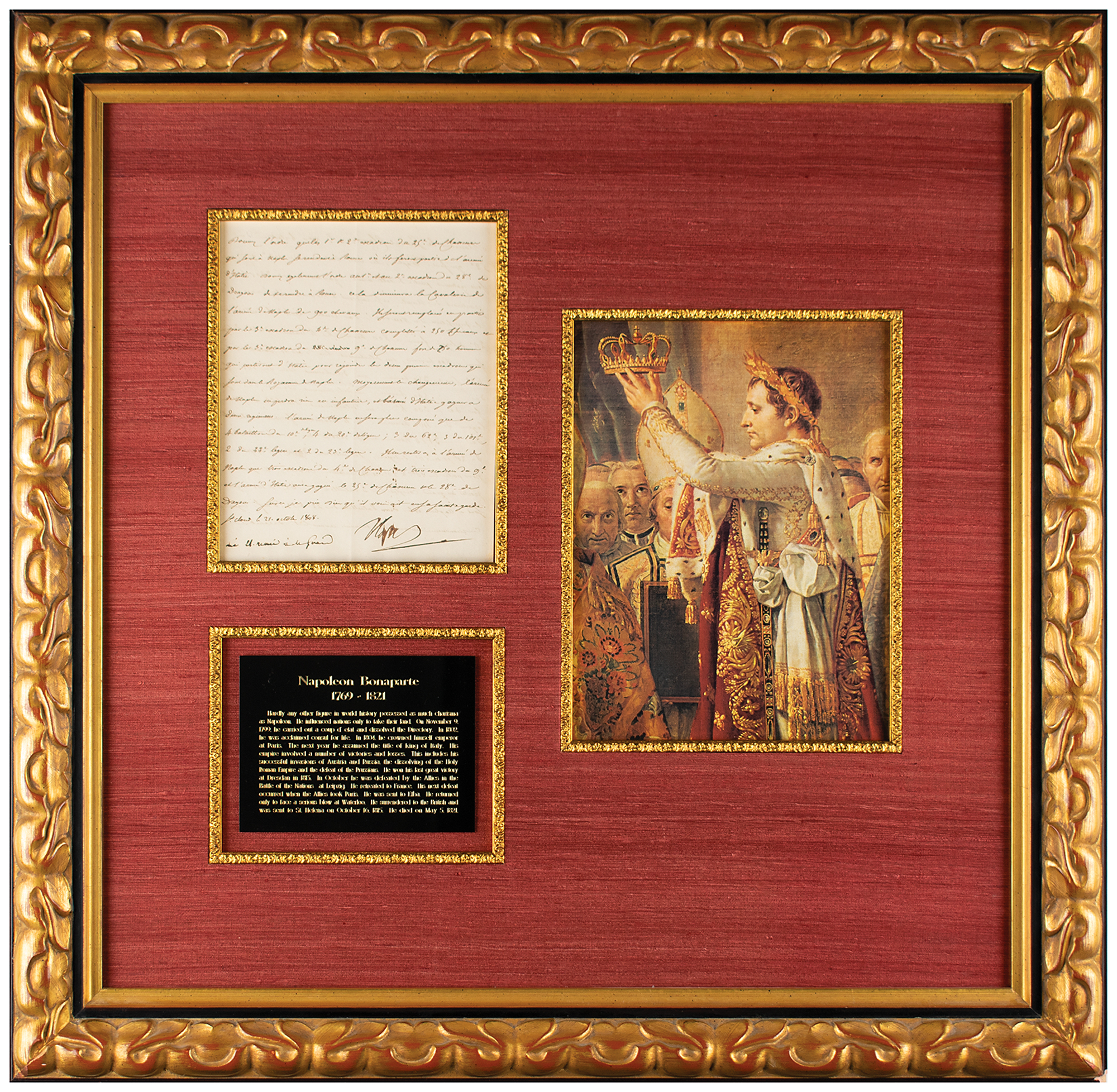 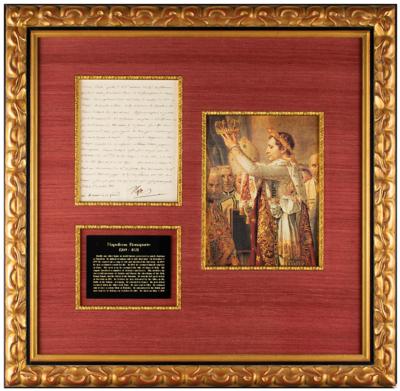 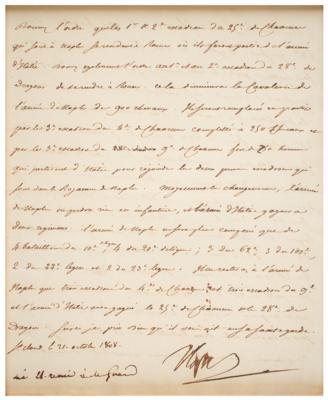 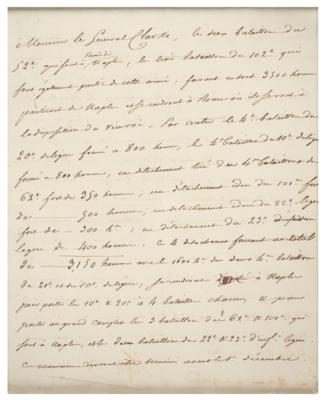 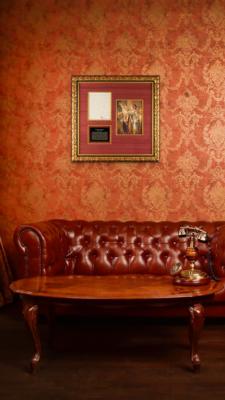 Order the 1st and 2nd squadrons from the 25th cavalry in Naples to go to Rome, where they will be part of the Italian army. Also, order the 1st and 2nd squadrons of the 28th dragoon squad to go to Rome. This will reduce the Neapolitan army cavalry by 900 horses. They will be replaced in part by the 3rd squadron of the 4th cavalry, and rounded out by 250 horses and by the 3rd squadron of the 9th cavalry, 250 men strong, who will leave for Italy to join the first two squadrons, which will be in the Kingdom of Naples. In consideration of this change, the Neapolitan army will not lose any infantry, and the Italian army will gain two regiments.” Regally matted and framed with a biographical plaque and portrait to an overall size of 27.75 x 27; a window to frame backing reveals the first page of the letter. In fine condition, with some brushing to the signature.