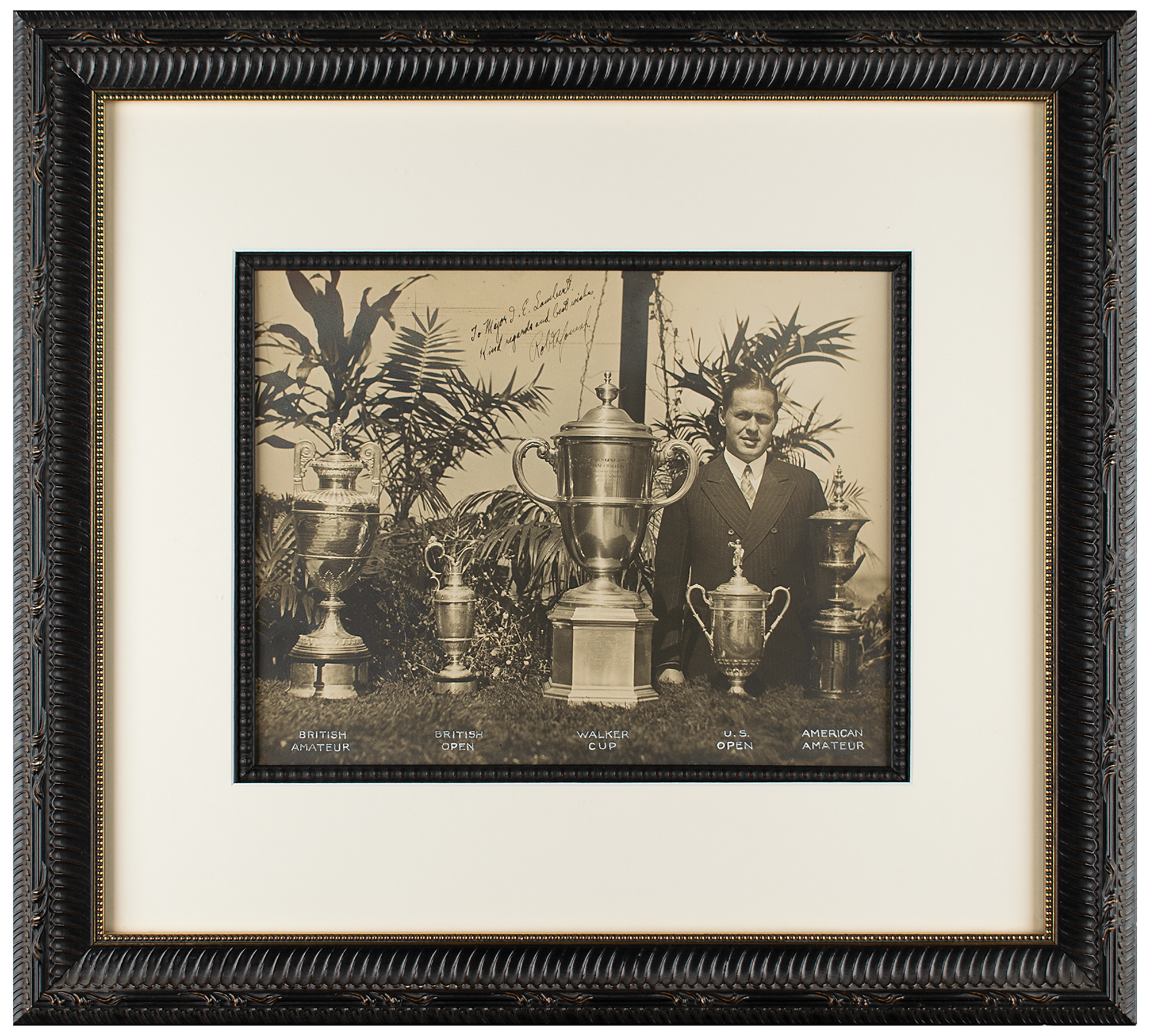 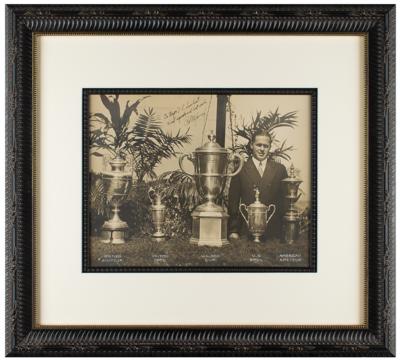 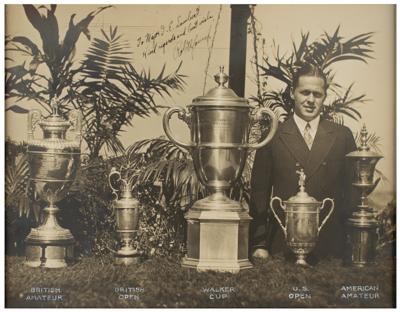 Tremendous vintage oversized matte-finish 13.25 x 10.25 photo of the great Bobby Jones, at the pinnacle of his golfing powers in 1930, wearing a dapper suit and posing with his victory cups of the British Amateur, the British Open, the U.S. Open, the American Amateur, and, at center, the Walker Cup, a biennial contest pitting the best American amateurs against those of the British Isles. Signed and inscribed in beautiful bold fountain pen to celebrity attorney J. E. ‘Ike’ Lambert, “To Major J. E. Lambert, Kind regards and best wishes, Robt. T. Jones, Jr.” Tastefully matted and framed to an overall size of 23.25 x 21. In fine condition.

This esteemed portrait not only depicts Bobby Jones in his playing prime—and on the cusp of his retirement from competition—but it was likewise signed the very year that he cemented his legacy as the world's finest linksman with a sweep of golf's ‘Grand Slam.’ Serious golf collectors are well aware that the majority of Jones autographs date from his post-playing days, and that those signed during the era of his dominance carry a significant premium in both value and desirability. This superior example, coupling awesome imagery with period handwriting, was formerly displayed at the National Sports Collectors Convention in Anaheim, a distinction that adds further credence to its immense uniqueness. Essentially flawless, this photo is further augmented by its wonderfully large size; given the steep cost of producing oversized photographs in the 1930s, this photo was very likely printed in a decidedly small amount, and then only for noteworthy recipients such as Lambert, who counted Mary Pickford among his clients. Exceptional in all facets, this is assuredly one of, if not, the finest Jones-signed photo to ever come to market—an unimprovable portrait of a true golfing legend.