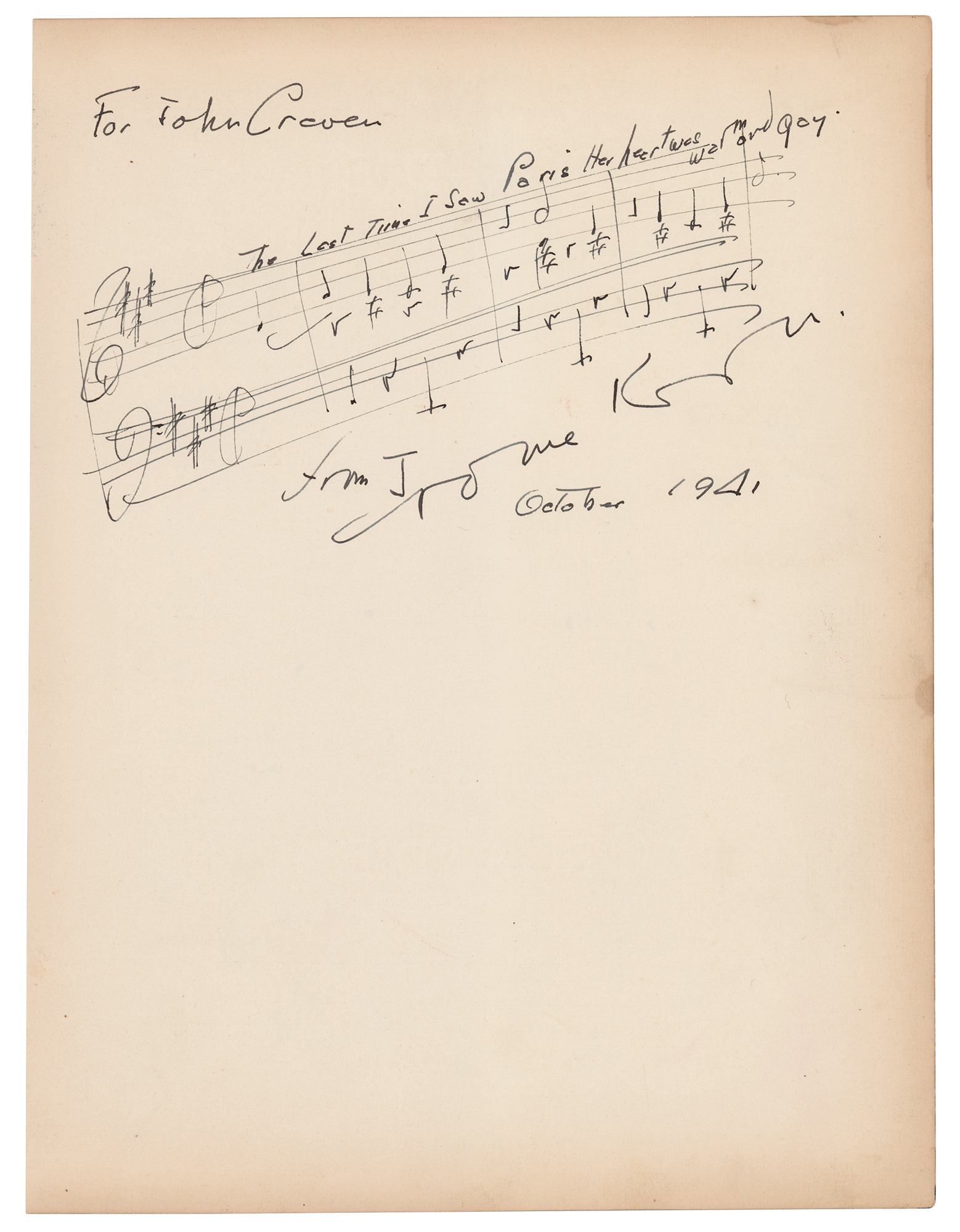 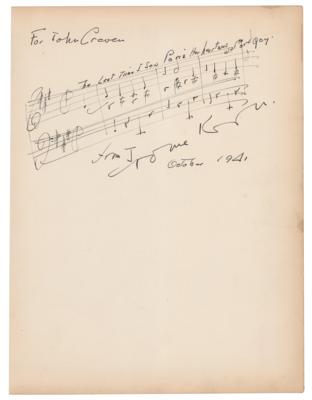 World War II-dated AMQS on an off-white 8.5 x 11 sheet, signed and inscribed in fountain pen, "For John Craven, from, Jerome Kern, October 1941." Kern adds several bars of music to his immortal song 'The Last Time I Saw Paris,' with Kern adding a line above, "The Last Time I Saw Paris Her heart was warm and gay." In fine condition, with light edge toning.

This AMQS is inscribed to third generation actor John Craven, the son of actor, producer, director, lyricist, and librettist Frank Craven, an association that makes this item all the more significant. Probably best known as the stage manager in the 1940 movie Our Town, Craven collaborated with Kern on several occasions during the 1920s. He wrote, co-wrote, or revised lyrics for three Kern musicals: The Night Boat, Very Good Eddie, and Good Night Boat. Inspired by the devastation of Paris during World War II, the song was composed by Kern, featured heartfelt lyrics by Oscar Hammerstein II, and was sung by Ann Sothern in the 1941 film Lady Be Good, for which it received the Academy Award for Best Song. A superlative AMQS for a poignant and historically important award-winning song written by a truly genius composer.