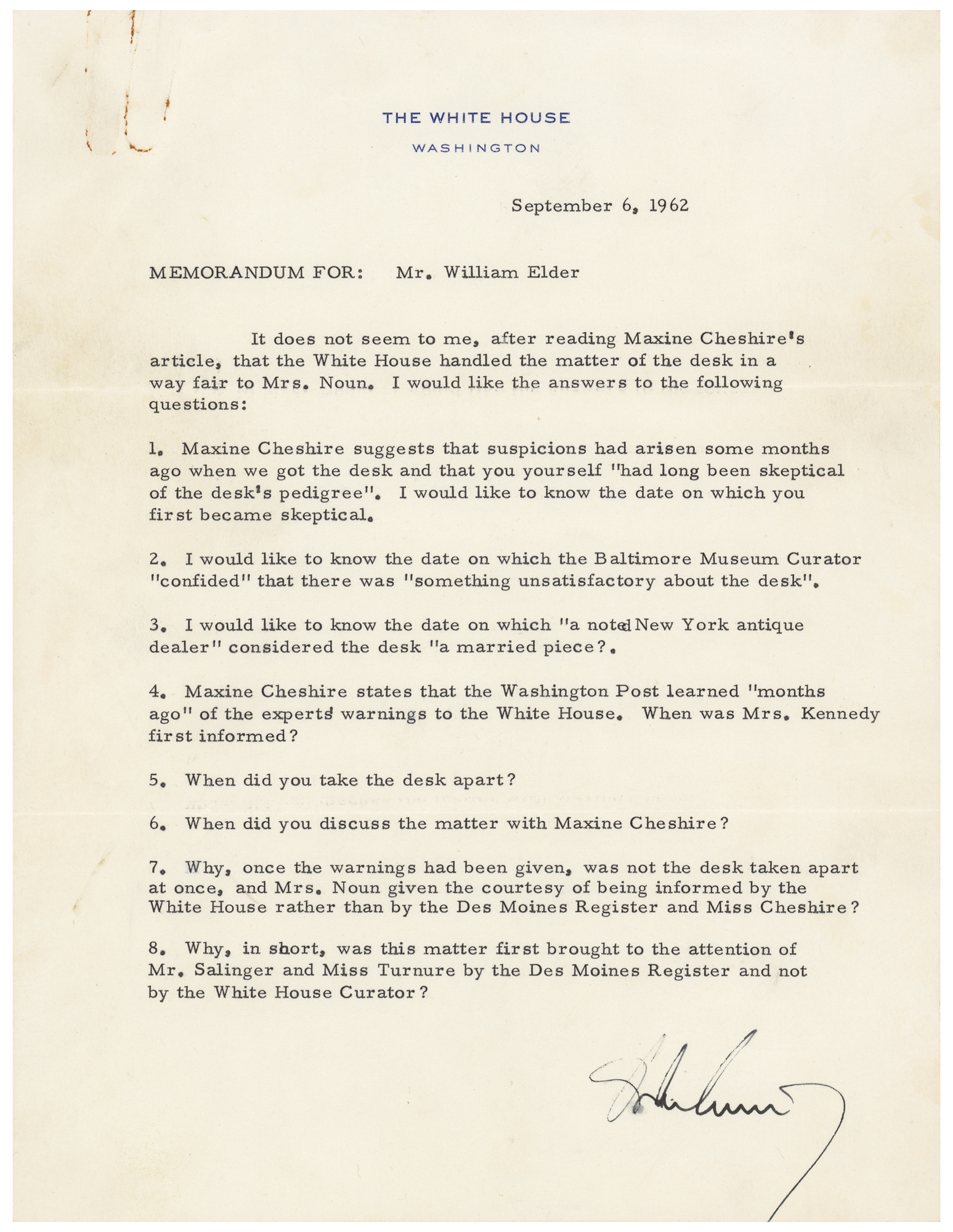 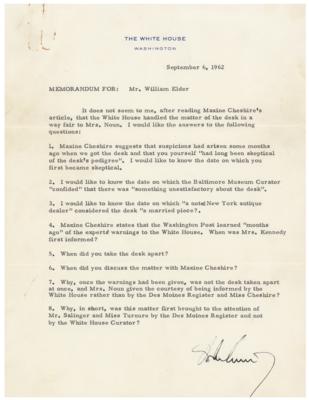 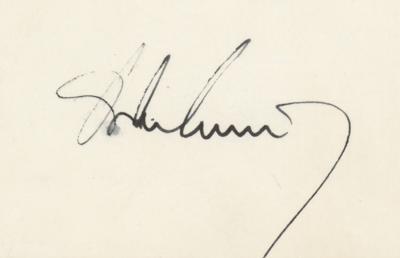 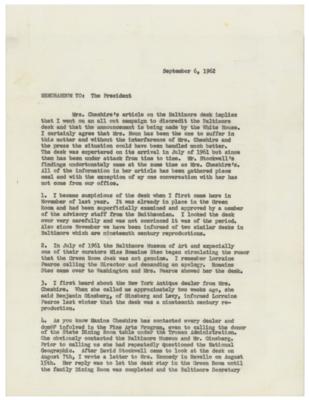 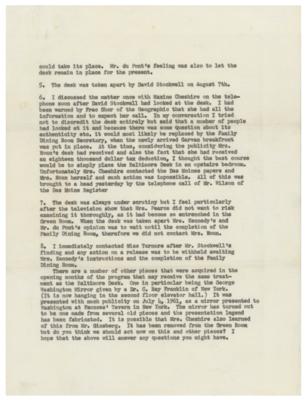 Typed memo signed as president, "John Kennedy," one page, 8 x 10.5, White House letterhead, September 6, 1962. Memo to White House curator William Elder, in which the president tersely demands answers to eight pointed questions regarding the discovery that a 'Baltimore desk' donated by Mrs. Maurice Noun of Iowa was not genuine, a revelation that took the White House-and Mrs. Noun-by surprise. In part: "It does not seem to me, after reading Maxine Cheshire's article, that the White House handled the matter of the desk in a way fair to Mrs. Noun. I would like the answers to the following questions…Cheshire suggests that suspicions had arisen some months ago when we got the desk and that you yourself 'had long been skeptical of the desk's pedigree.' I would like to know the date on which you first became skeptical…I would like to know the date on which the Baltimore Museum Curator 'confided' that there was 'something unsatisfactory about the desk'…the Washington Post learned 'months ago' of the experts' warnings to the White House. When was Mrs. Kennedy first informed?…Why, in short, was this matter first brought to the attention of Mr. Salinger and Miss Turnure by the Des Moines Register and not by the White House Curator?" Elder's retained carbon copy of his two-page response is included. In fine condition, with some light creasing and rusty paperclip impressions to the upper left corner, and a trivial blot to the signature.

The Baltimore desk, represented as dating to about 1800, was placed in the Green Room and one of the featured items in the famous broadcast of First Lady Jacqueline Kennedy's guided tour of the White House. In the television special, Kennedy cited Mrs. Noun by name and effusively praised her generosity, noting that the desk was the first piece of unsolicited fine furniture donated to the White House. The desk was already in place in the Green Room when Elder was hired as registrar in November 1961, and he was unsure of its authenticity from the beginning. Upon examination by more experts, enough suspicion arose that the desk was disassembled and found to be constructed of newer wood. They determined it to be a reproduction from about 1880-still old, but not a gem of early American furniture. Given the circumstances-the televised publicity and the fact that Mrs. Noun had already taken an $18,000 tax deduction-Elder and Jackie had decided to keep the piece in the White House but remove it from the Green Room and replace it with a legitimate period piece. While JFK was upset with Elder for the position Mrs. Noun was put in, Jackie was even more enraged with the press-she feared that fallout from this mishap could derail her plans for further restoration, but skillful damage control quieted it quickly.