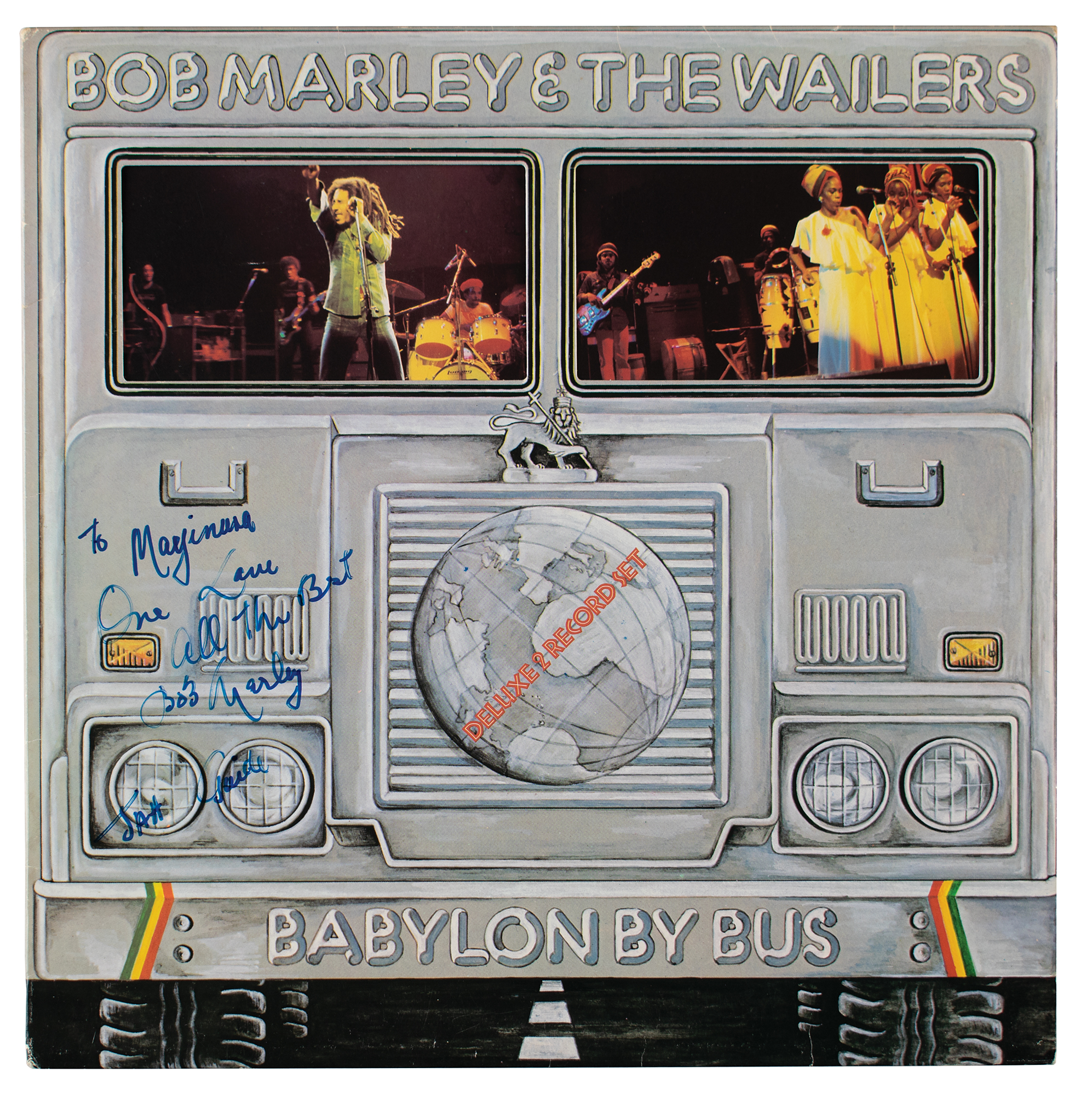 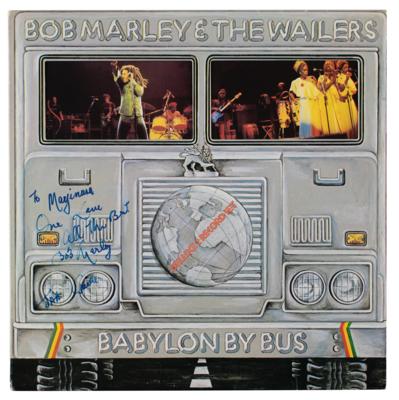 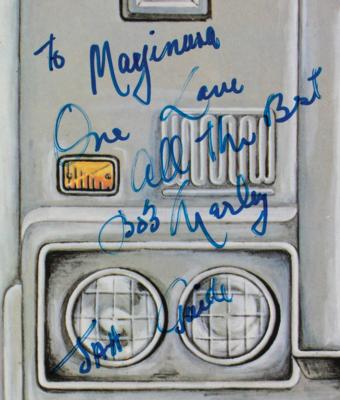 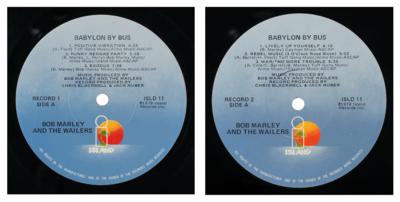 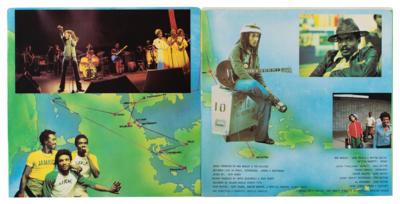 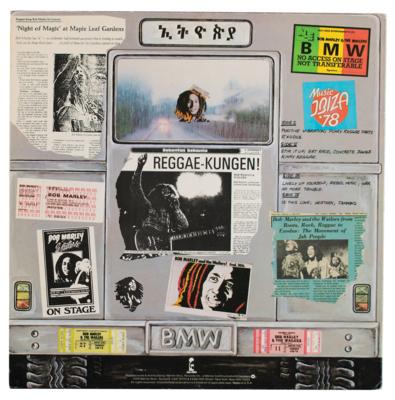 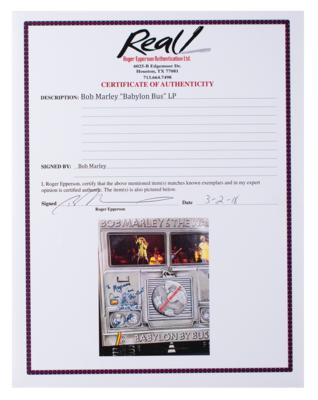 Rare 1978 Island Records first pressing of Bob Marley’s legendary live album Babylon By Bus, signed and inscribed on the front cover in blue felt tip, “To Mayinura, One Love, All the Best, Bob Marley, Jah Guide,” a Rasta phrase which means ‘God Shall Guide.’ In fine condition, with a bend across the image on the inner sleeve. The records are included. Accompanied by full letters of authenticity from JSA and REAL.

This is the first release die-cut cover, with the two inner sleeves providing four interchangeable images in the bus windows, and the original fold-out poster. Babylon By Bus was a sprawling live double album, recorded primarily during a three-night run of shows in June 1978 at the 10,000 capacity Pavillon de Paris in France. Additional recordings were captured in Copenhagen, London, and Amsterdam. The album showcases an extraordinary selection of Marley classics including: ‘Positive Vibration,’ ‘Jamming,’ ‘Exodus,’ ‘War / No More Trouble,’ ‘Stir It Up,’ and ‘Is This Love.’ By this point, Marley had been diagnosed with malignant cancer of the toe. Regardless, his energy on stage was palpable. Rolling Stone magazine gave high praise to the live album, stating, ‘Bob Marley helped invent reggae and now, with stunning effectiveness, he’s managed to reinvent it.’ Per AllMusic, Babylon By Bus is ‘arguably the most influential live reggae album ever.’ A beautifully signed example, captured during the latter period of the reggae legend’s colorful life.