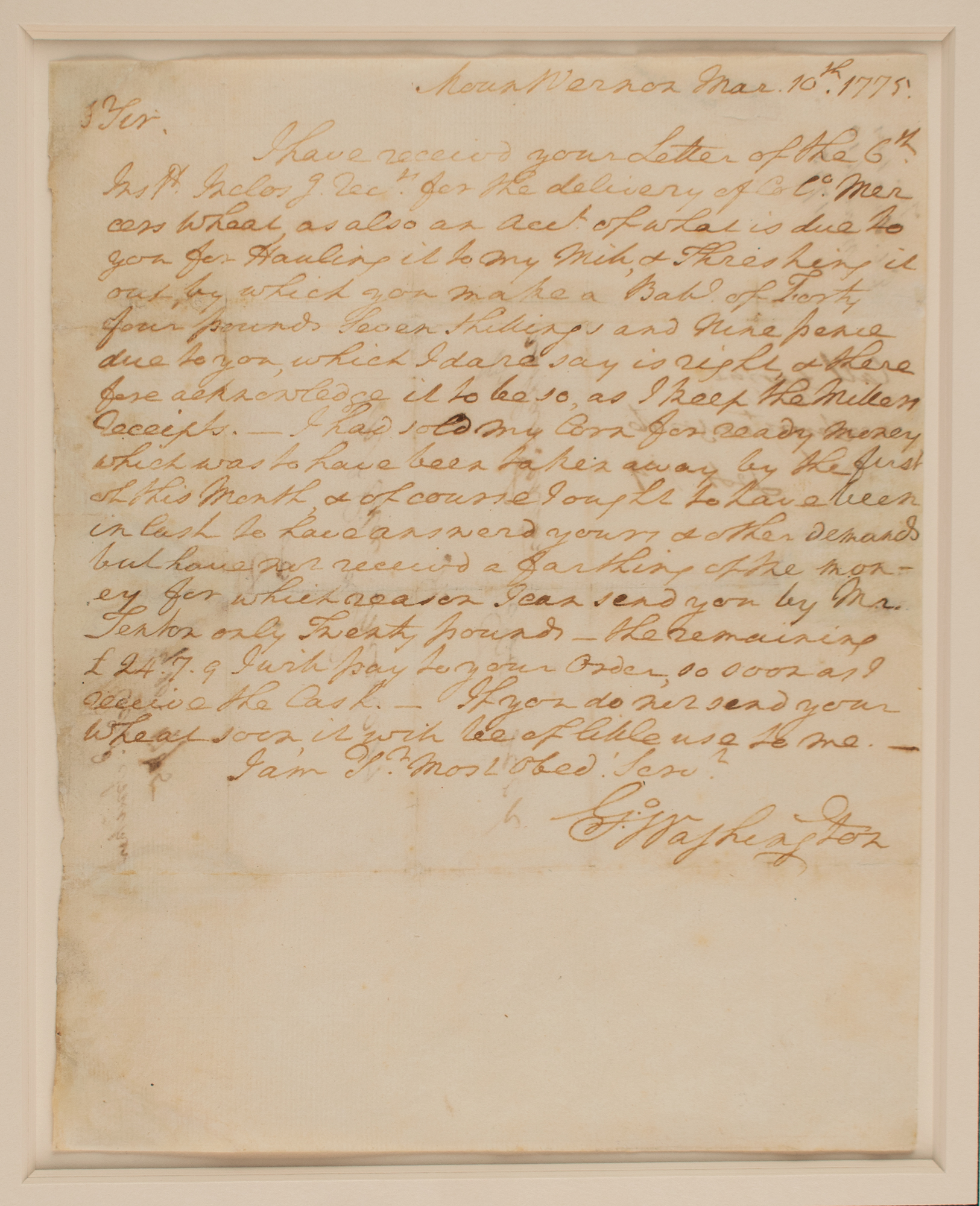 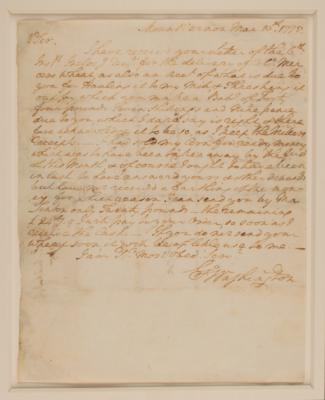 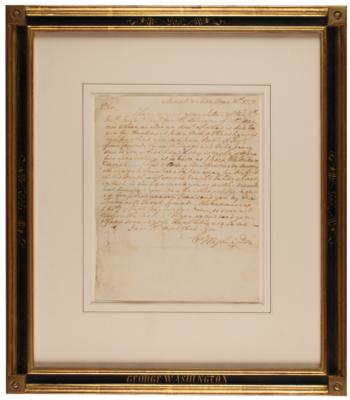 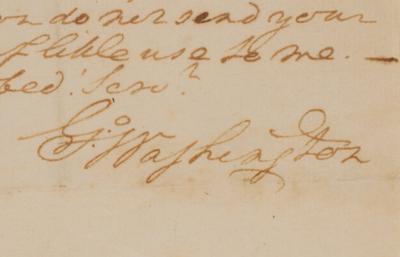 ALS signed “Go: Washington,” one page, 7.25 x 9.25, March 10, 1775. Addressed from Mount Vernon, a handwritten letter to Edward Snickers, in full: "I have receiv'd your Letter of the 6th Inst't Inclos'g rec't for the delivery of Colo. Mercers wheat, as also an acct of what is due to you for Hauling it to my Mill, & Threshing it out, by which you make a Balle of Forty four pounds Seven shillings and Nine pence due to you, which I dare say is right, & therefore acknowledge it to be so, as I keep the Millers receipts.—I had sold my Corn for ready money which was to have been taken away by the first of this Month, & of course I ought to have been in Cash, to have answer'd yours & other demands but have not receiv'd a farthing of the money for which reason I can send you by Mr. Fenton only Twenty pounds—the remaining £24.7.9 I will pay to your Order, so soon as I receive the Cash.—If you do not send your wheat soon, it will be of little use to me. I am Y'r Most Obed't Serv't." Archivally mounted, matted, and framed to an overall size of 15 x 17.25. In fine condition.

Before his death in 1790, Edward Snickers had become a well-to-do gentleman in Frederick County with extensive landholdings and many talents, namely that of horse trader, tavern keeper, wagoner, military supplier, plantation manager for others and planter for himself, and land speculator. Washington used Snickers’s horses and wagons to have supplies hauled between Alexandria and Winchester for the Virginia Regiment during the French and Indian War and for his own purposes thereafter. Beginning in the 1750s, Washington also sometimes stopped at Snickers’s ordinary located near where Snickers’s ferry crossed the Shenandoah River. Snickers became a commissary for the Virginia forces on the frontier early in the Revolution, but this came to an end in 1777 when he was accused of fraud.