While painting in London, Monet encounters a "fog that made it impossible to see anything" 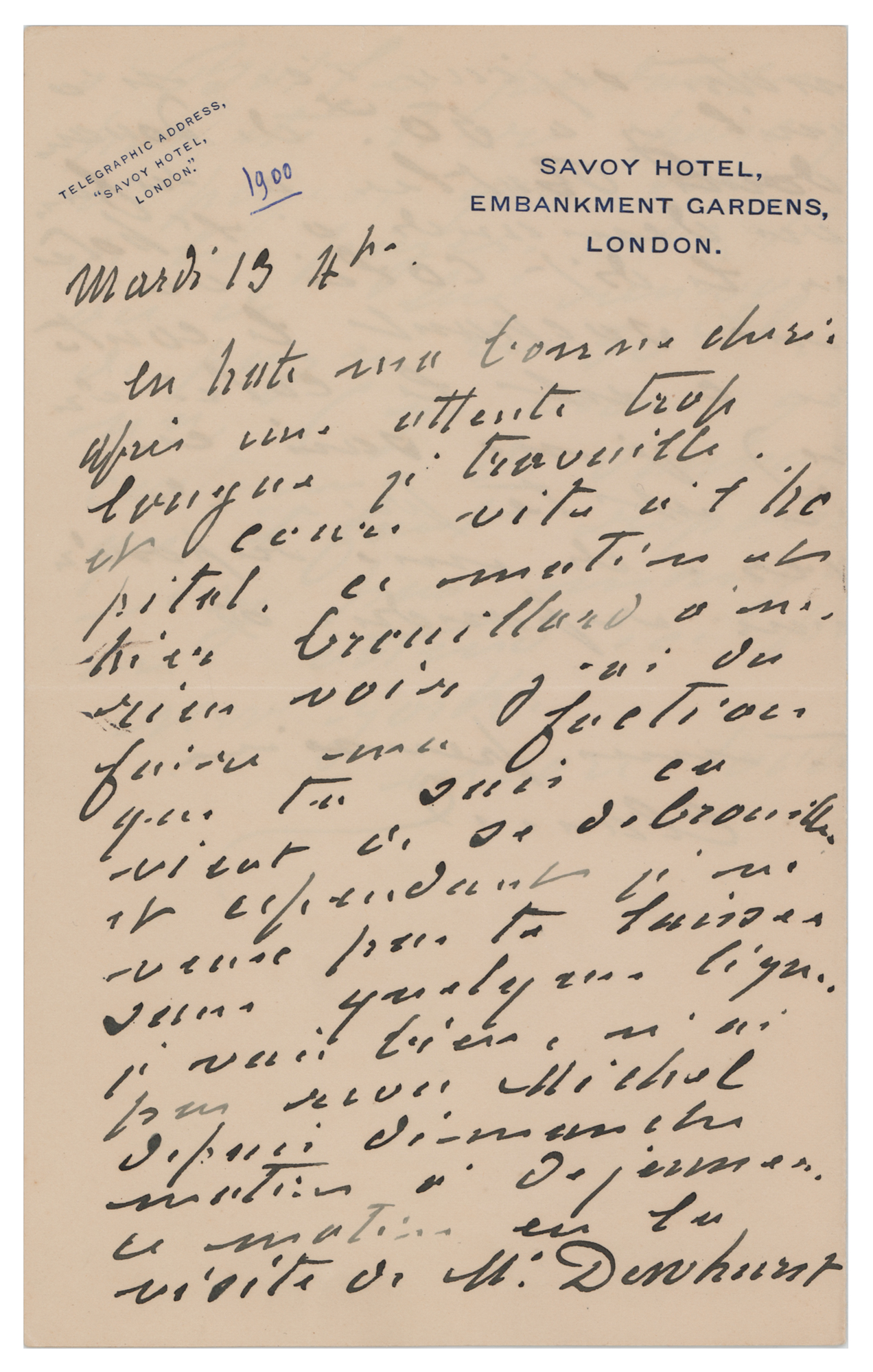 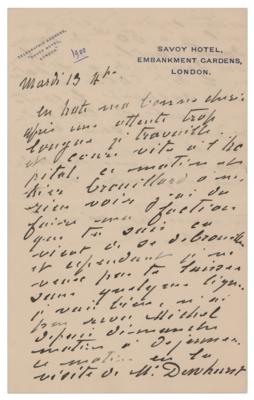 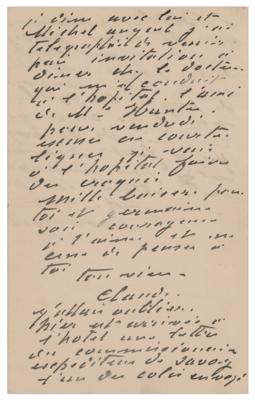 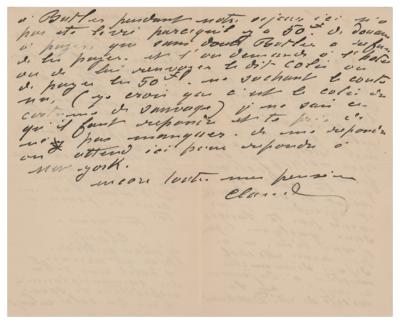 While painting in London, Monet encounters a "fog that made it impossible to see anything"

ALS in French, signed twice, “Claude,” four pages on two adjoining sheets, 5 x 8, Savoy Hotel letterhead, [dated 1900 in another hand]. Letter home to his wife from London, in full (translated): "In haste, my dear. After too long a wait, I’m working, and I’m running right off to the hospital. This morning and yesterday, there was a fog that made it impossible to see anything. I had to stand my watch, as you know. The fog has just lifted, and nevertheless, I don’t want to leave you without a few lines. I’m well. I haven’t seen Michel again since breakfast Sunday morning. This morning I had a visit from Mr. Dewhurst. I’m dining with him and Michel, whom I’ve telegraphed to come by invitation to dine at the home of the doctor who accompanied me to the hospital, Mr. Hunter’s friend, on Friday. Excuse these brief lines. I’m going to the hospital to make some sketches. A thousand kisses for you and Germaine. Be of good cheer. I love you and never stop thinking about you." He adds a lengthy postscript, signing again at the conclusion: "I almost forgot. Yesterday there arrived at the hotel a letter from the Savoy’s shipping agent. You sent a package to Butler during our stay here. It hasn’t been delivered because there’s 50 francs of customs duty to pay, which Butler no doubt refused to pay, and the hotel is being asked either to send the said package back or to pay the 50 francs. Not knowing the contents (I think that it’s the package with the savage’s costume), I don’t know how to reply, and I beg you not to fail to reply to me. They’re waiting here to reply to New York." In fine condition.

During the years between 1899 and 1905, Monet travelled to London to capture its sights from the fifth-floor balcony of the Savoy Hotel. He became captivated by the London fog, and from his bedroom he executed a series of paintings of Parliament and the bridges of Waterloo and Charing Cross. In this letter, he mentions visits with his son, Michel, and Wynford Dewhurst, an English Impressionist who he mentored. A significant piece of Monet's personal correspondence.