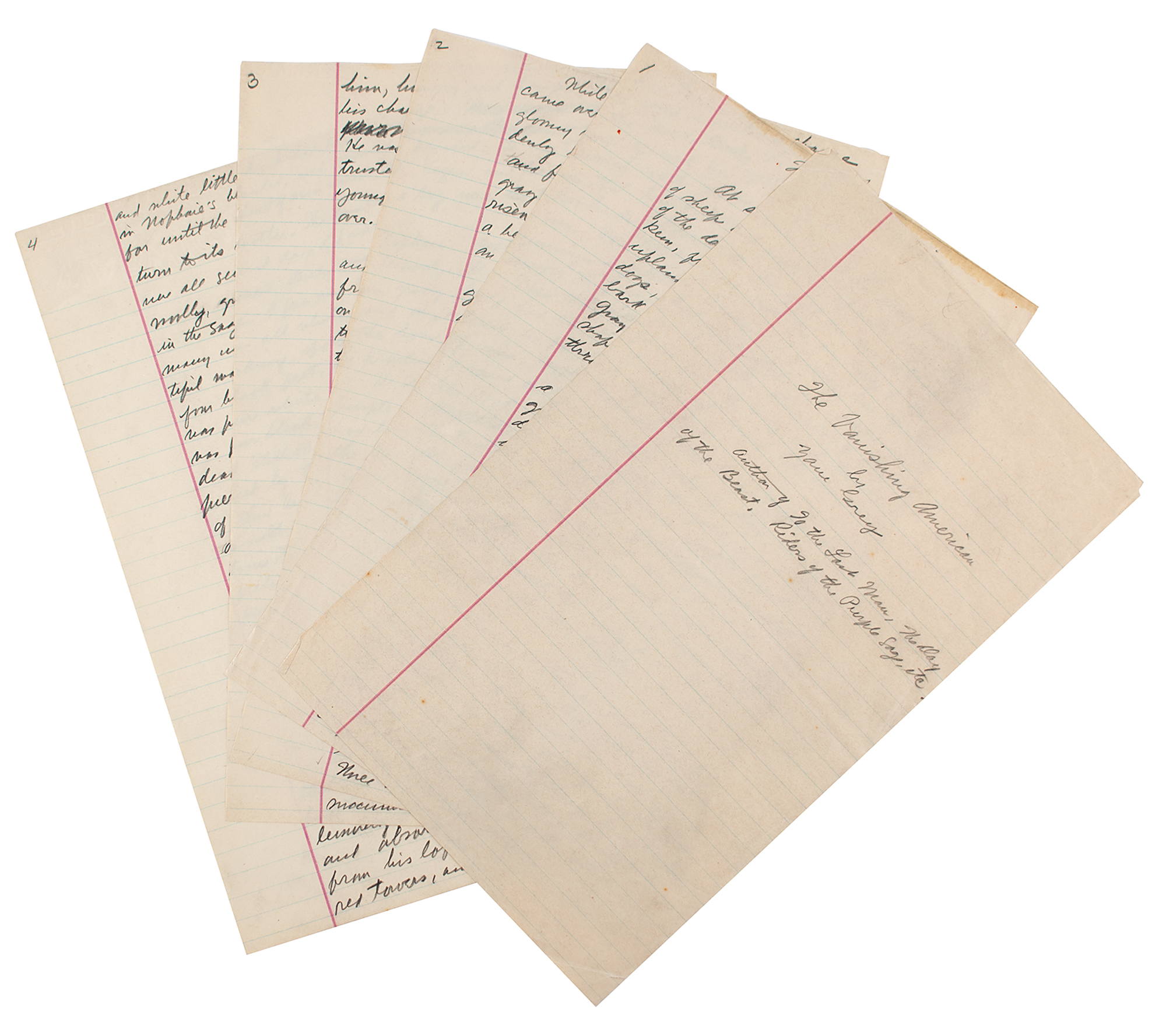 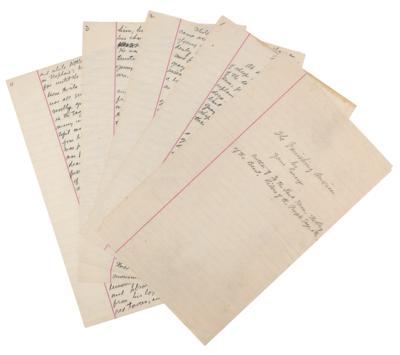 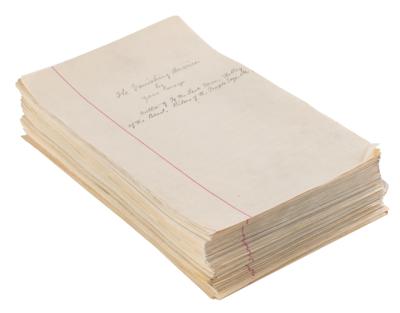 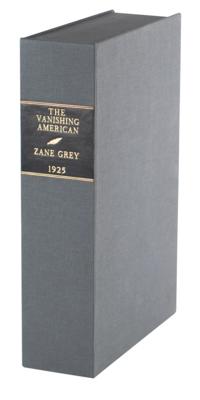 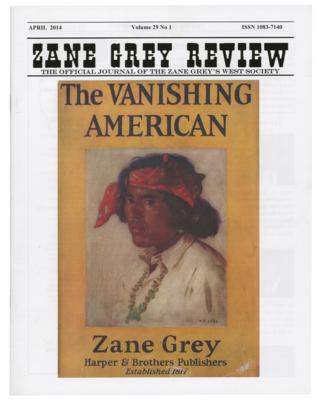 Autograph manuscript in pencil by Zane Grey for his 1925 novel The Vanishing American, totaling 546 single-sided pages (numbered 1-513 plus an additional section numbered 403-435), 7.75 x 12.5, titled and signed on the first page, "The Vanishing American by Zane Grey, Author of To the Last Man, The Day of the Beast, Riders of the Purple Sage, etc." Grey's story begins: "At sunrise Nophaie drove his flock of sheep and goats out upon the sage slopes of the desert. The April air was cold and keen, fragrant with the dry tang of the uplands. Taddy and Tinny, his shepherd dogs, had wary eye and warning bark for the careless stragglers of the flock. Gray gaunt forms of wolf and tawny shape of wild cat moved like shadows through the sage." In overall fine condition. Accompanied by a custom-made clamshell case, and the April 2014 issue of the Zane Grey Review, which features multiple articles discussing The Vanishing American; these articles point out the existence of four different endings in the published versions of the text.

First serialized in Ladies’ Home Journal in 1922-1923, The Vanishing American was one of the first pieces of literature to offer a harsh portrayal of American government agencies towards Native Americans. Grey's sympathetic novel depicted white settlers as missionaries who preyed upon the subordinate race, forcefully converting them into Christianity and altering their way of life. According to Zane Grey's biographer, Thomas Pauly, 'The magazine was deluged with angry letters from religious groups, and the Bureau of Indian Affairs vehemently denounced his depiction of their efforts.'

In response to the public outcry, Grey had to rework the story, revising the ending before Harper & Brothers would publish it in book form in 1925, and changing the plot of the silent film adaptation (released in the same year). In the movie, the story was changed to place the blame on a single, corrupt character, rather than the white race as a whole. Still, these treatments communicated Grey's original intent: a review by The Motion Picture News in 1925 praised the film as 'an epic of the Indian, his beginnings, his rise to power and glory, his fall and the tragic qualities of his existence today.' Film historian Kevin Brownlow has noted: 'The problem of the Indian and his betrayal by the government was more clearly etched in this picture than in any other silent film.' An important handwritten manuscript for one of Grey's forgotten masterpieces.