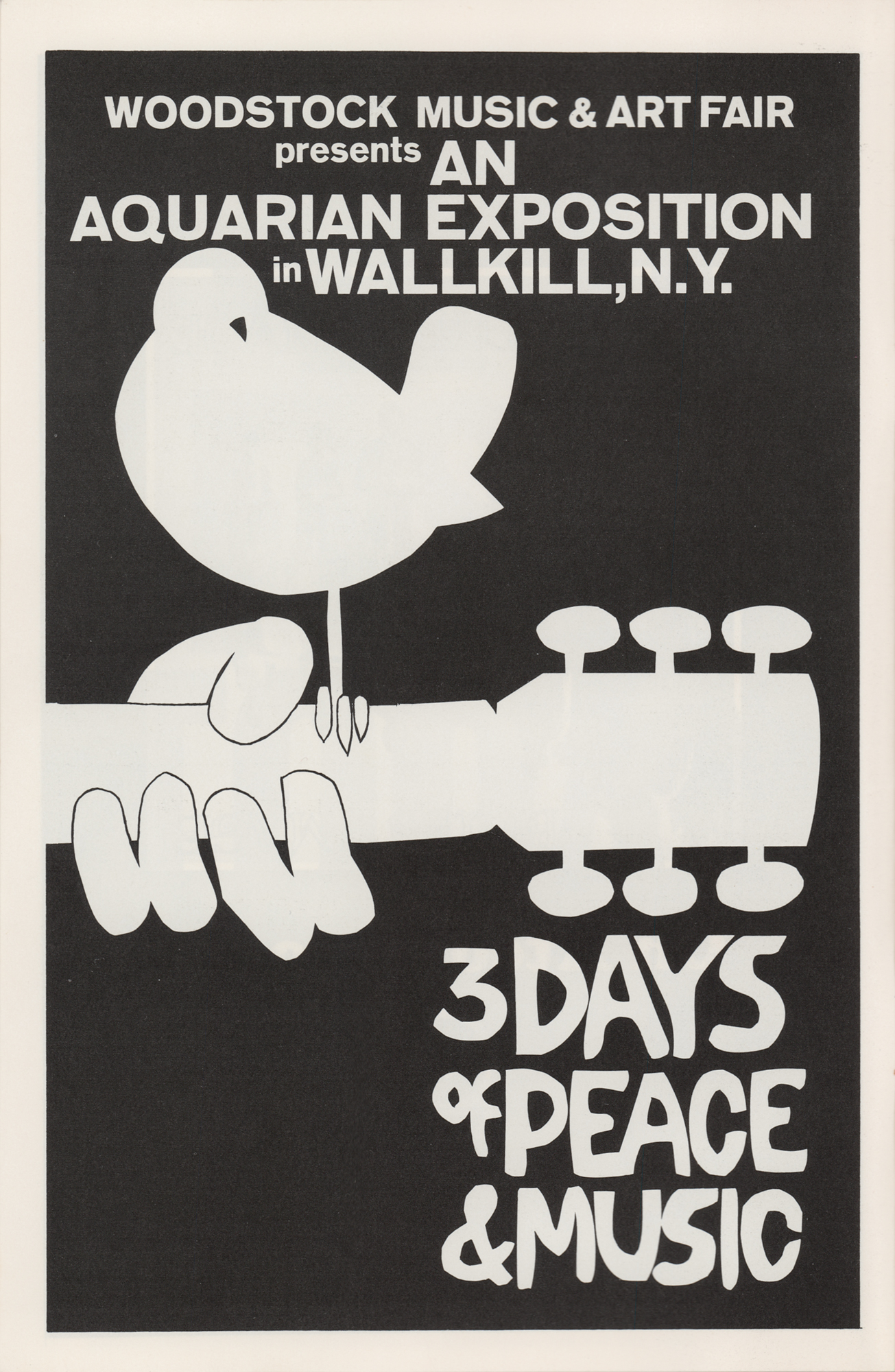 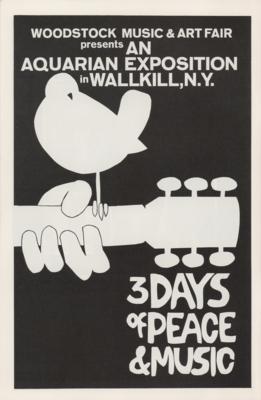 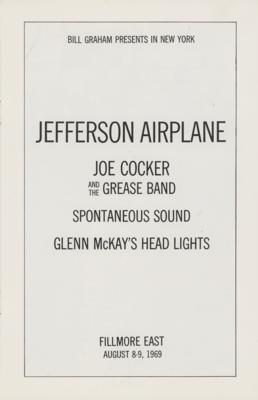 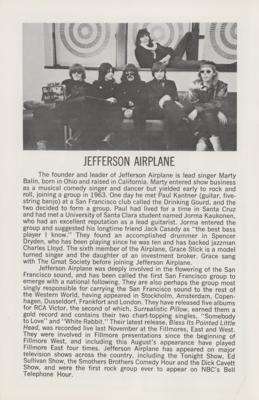 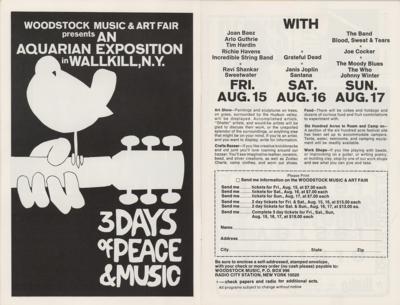 Fillmore East program for Jefferson Airplane and Joe Cocker concerts on August 8-9, 1969, 22 pages, 5.5 x 8.5, which also features a two-page advertisement and ticket order form for the Woodstock Music & Art Fair set to occur a week later in Wallkill, New York; both Cocker and Jefferson Airplane were featured acts and these Fillmore concerts served as a warm-up for their eventual Woodstock performances. The program also has several advertisements promoting releases by Iron Butterfly, Canned Heat, Procol Harum, and Crosby, Stills, and Nash. In fine condition.