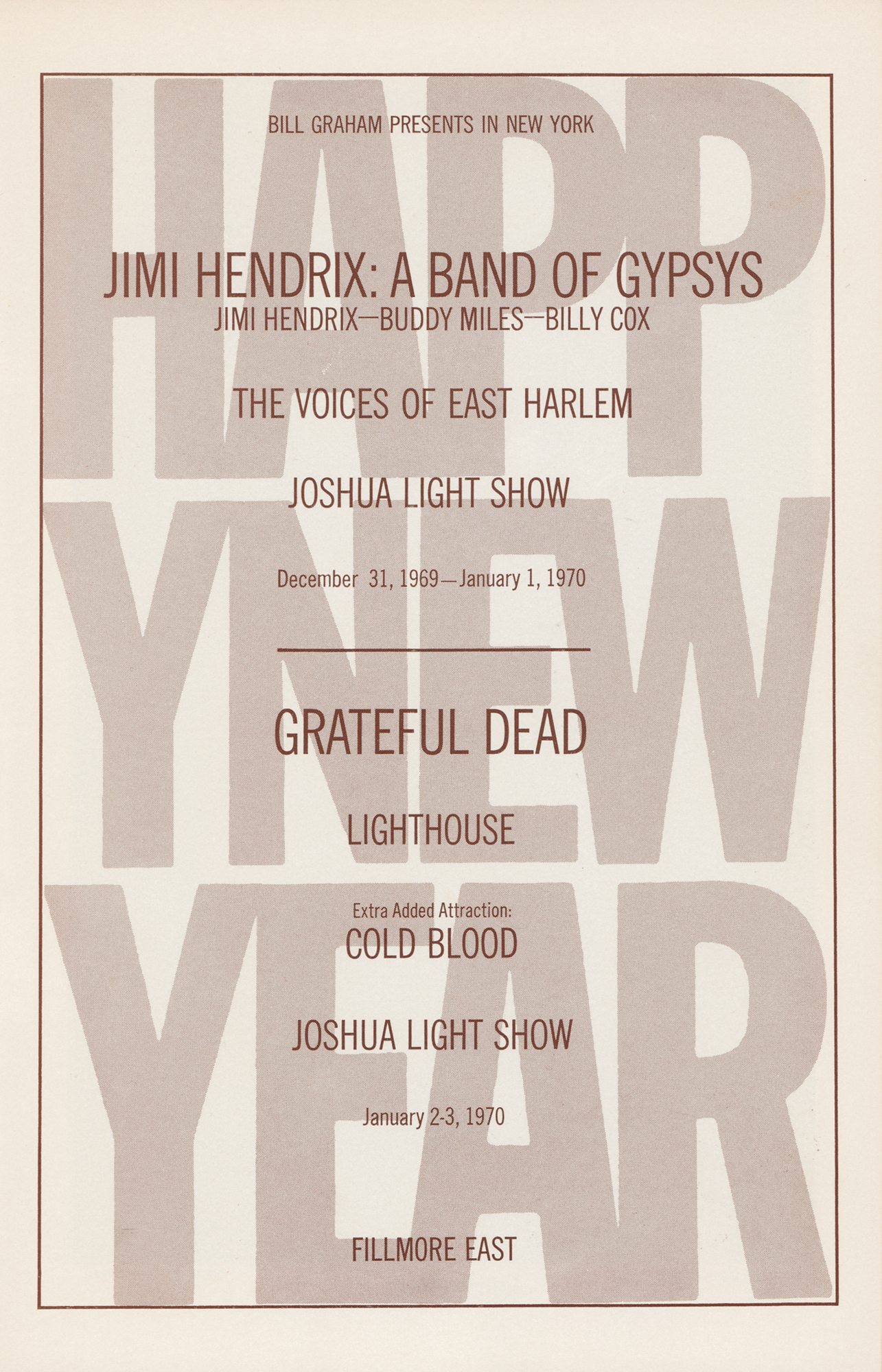 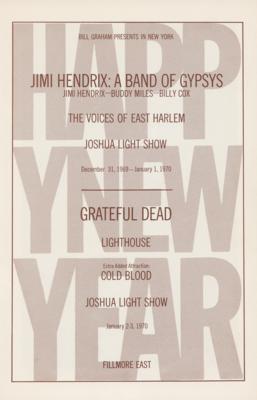 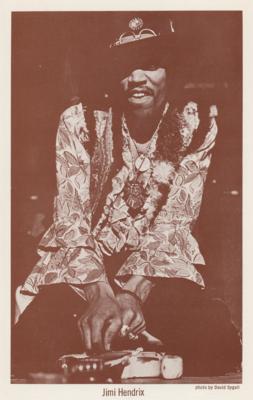 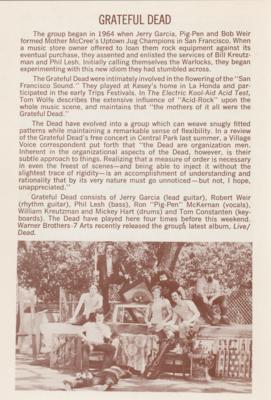 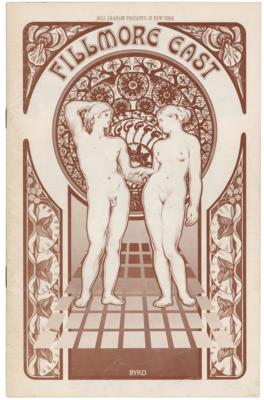 Rare concert program for Jimi Hendrix: A Band of Gypsys at the Fillmore East, New York, on December 31, 1969, and January 1, 1970, featuring full-page images of Hendrix and Buddy Miles. Program also includes information for the Grateful Dead show on January 2-3. In fine condition, with light handling wear. This program is for the only full concerts the Band of Gypsys ever played—two on December 31 and two on January 1—before disbanding at the end of the month. Recordings from these concerts formed the self-titled Band of Gypsys album, which was the last album he released before his death.