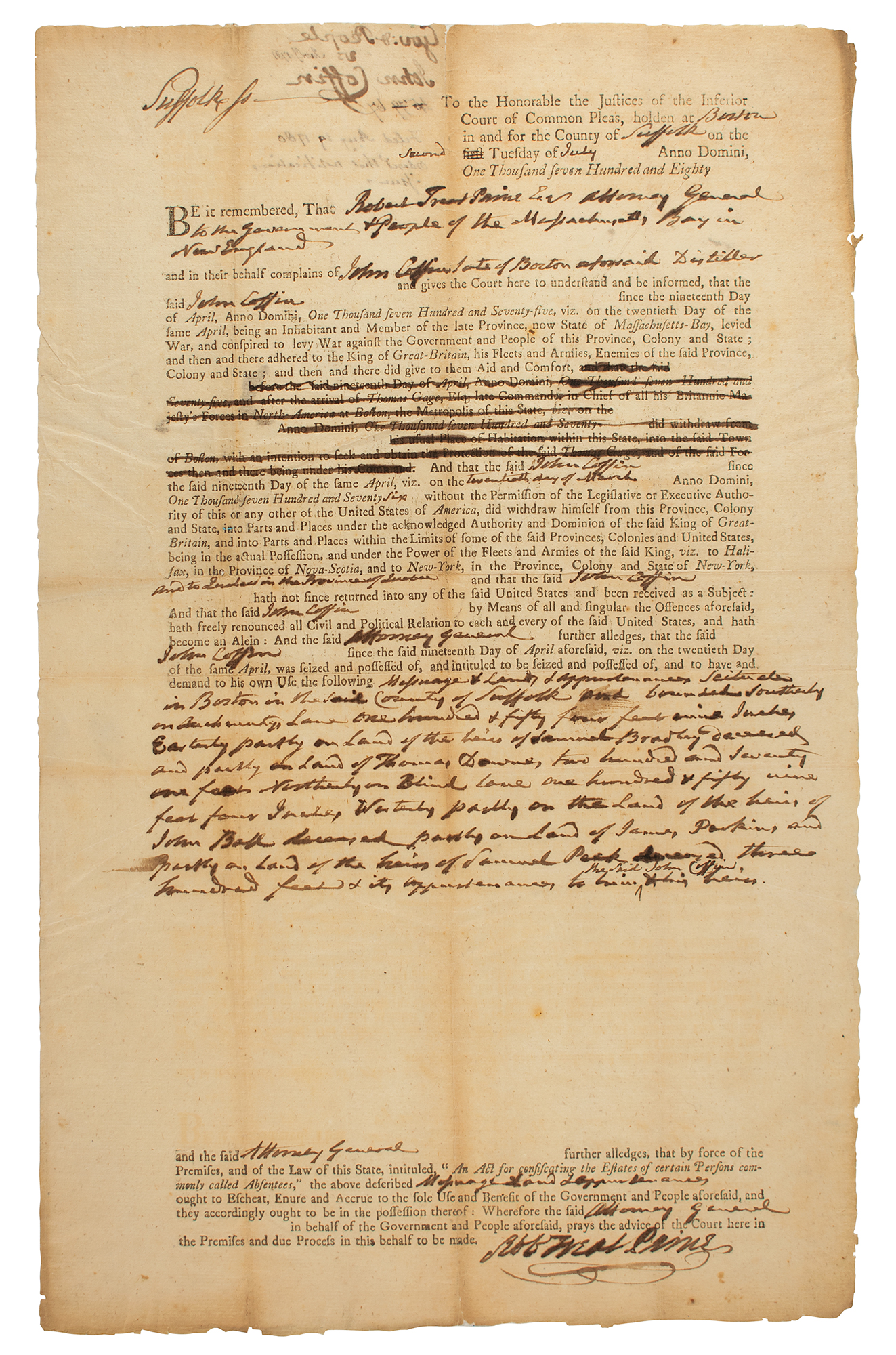 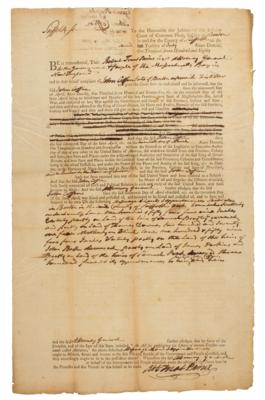 Revolutionary War-dated partly-printed ADS, signed in the third-person, "Robert Treat Paine Esq. Attorney General," and at the conclusion, "Rob. Treat Paine," one page, 10.75 x 17, July 11, 1780. Scarce Massachusetts confiscation document filled out and signed by Paine as attorney general, in part: "Robert Treat Paine Esq. Attorney General to the Government & People of the Massachusetts Bay in New England and in their behalf complains of John Coffin of Boston aforesaid Distiller…that the said John Coffin…levied War, and conspired to levy War against the Government and People of this Province, Colony and State; and then and there adhered to the King of Great-Britain, his Fleets and Armies, Enemies of the said Province, Colony and State; and then and there did give to them Aid and Comfort." At the bottom, Paine writes out a description of Coffin's property in Boston. In very good to fine condition, with light toning along the folds, and a few small repairs on the reverse.

Born in Boston in 1729, Coffin was established in Boston as a merchant, distiller, and shipowner at the outbreak of the Revolution. An avowed Loyalist, he chose to leave revolutionary Boston aboard his schooner Neptune in 1775, settling in Pres-de-Ville, Quebec, and volunteering with the English militia there. He took part in repelling the attempted invasion of Quebec by American forces at the end of the year, resulting in the death of American Major-General Richard Montgomery. Coffin would remain in Quebec until his death in 1808.