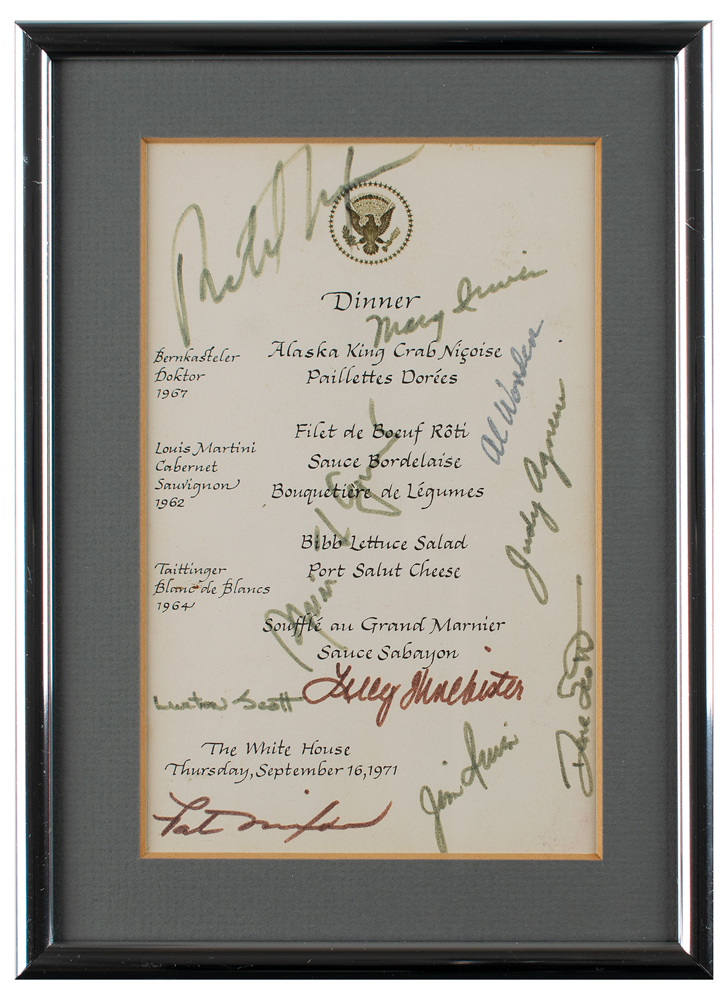 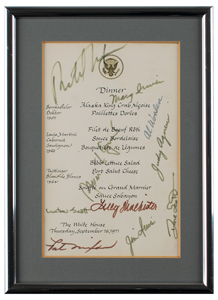 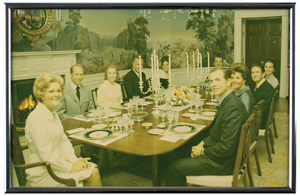 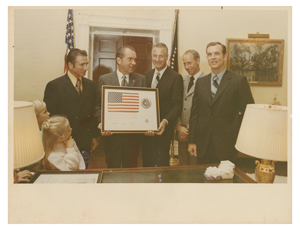 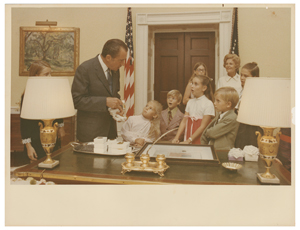 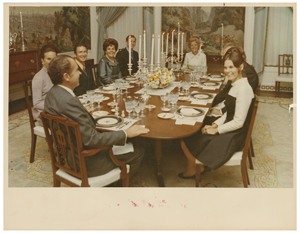 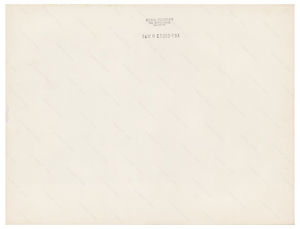 Fantastic pairing of items presented to astronaut Al Worden during the Apollo 15 crew visit to the White House on September 16, 1971. The first is an official White House dinner menu with embossed presidential seal, 4 x 6.5, which has been signed in ink and felt tip by President Richard Nixon, Vice President Spiro Agnew, their wives Pat Nixon and Judy Agnew, the Apollo 15 crew of Al Worden, Dave Scott, and Jim Irwin, and two of their respective wives: Ann Lurton Scott and Mary Irwin. The menu is also signed by White House Social Secretary Lucy Winchester. The menu is matted and framed to an overall size of 6.25 x 8.75. The second item is an official ceremonial White House felt tip pen, 5.5″ in length, which bears Nixon's facsimile signature in silver. The pen’s original presentation box, also with a Nixon facsimile autograph, is included.

These items are accompanied by four original color satin-finish 14.25 x 11 photos from the event, all of which bear “A Kodak Paper” watermarks and “Official Photograph, The White House” stamps on the reverse. Images include: the honored guests with their hosts at the dinner table (2), Richard and Pat Nixon handing out presents to children, and the Apollo 15 crew presenting Nixon and Agnew with a flown flag display. One of the dinner photos is framed to an overall size of 14.25 x 9.25. In overall fine condition, with adhesive remnants to the 'flag display' photo, and some edgewear to the others, which could be matted out if so desired.

In a 2016 interview with Jonathan Stroud, Worden recalled meeting President Nixon at the White House after the successful Apollo 15 flight. Asked, 'Who were you most excited to meet and who left the biggest impression on you during your 'Welcome Back' world tour in 1972?,' Worden replied: 'Richard Nixon was very good to us, he took us and our kids to the White House to have dinner. He grabbed all the kids and gave them a big tour of the White House, which I thought was kind of nice. He was very nice to us. He even had his butler go into the wine cellar and get his private stock of scotch so we could have a toast on the south porch. The butler said, 'You know, that’s your last one of those are you sure you want to use it?' and he said, 'Yep. Bring it up.''