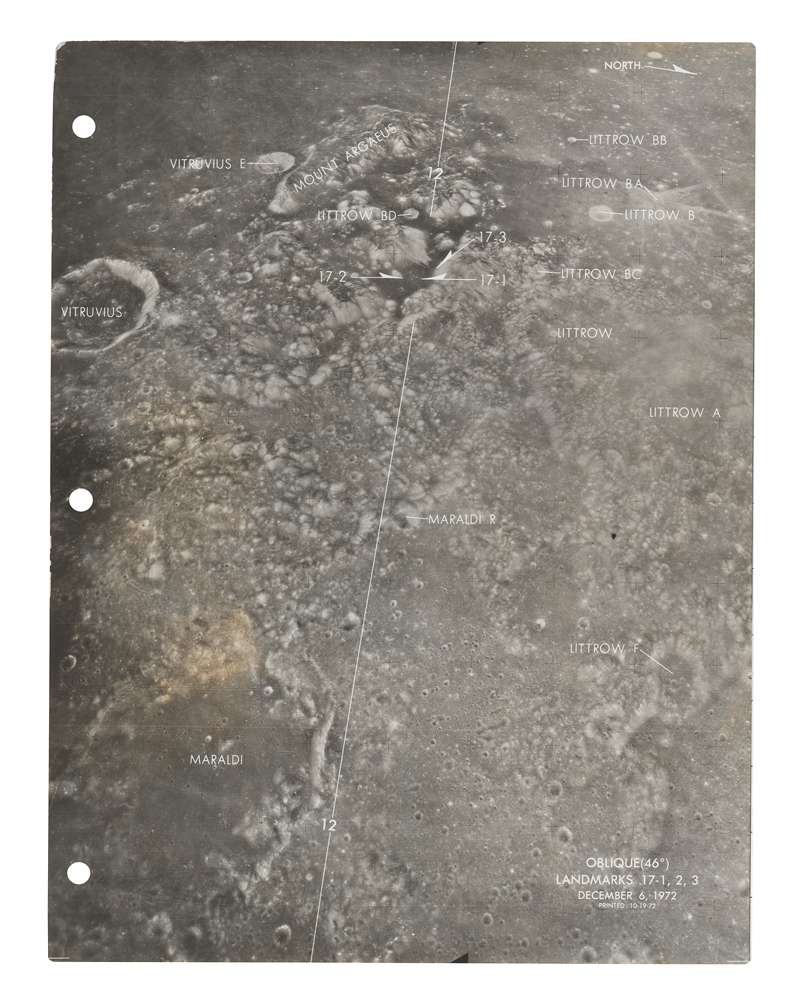 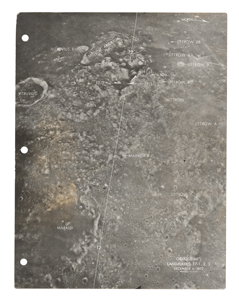 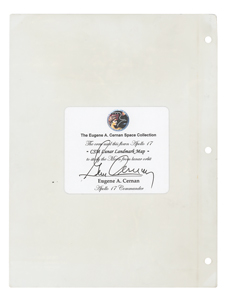 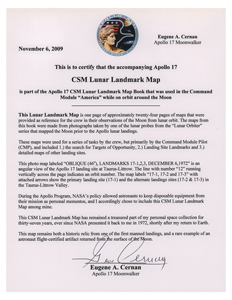 Gene Cernan’s flown map page removed from the CSM Lunar Landmark Map book carried aboard the command module America during the Apollo 17 mission. Printed on October 19, 1972, the map measures 8 x 10.5 and is labeled in the lower right corner, "Oblique (46°), Landmarks 17-1, 2, 3, December 6, 1972," with the reverse bearing an affixed Eugene A. Cernan Space Collection label, "The crew used this flown Apollo 17 CSM Lunar landmark Map to study the Moon from lunar orbit," signed in black ink by Cernan. The map displays an angular view of the Apollo 17 landing site at Taurus-Littrow, showing various lunar craters, the primary (17-1) and alternate landing sites (17-2 and 3), and the vertical line "12" indicating an orbit number. In fine condition, with a few spots of toning and minor edge wear from use.

Accompanied by a signed letter of provenance from Cernan, dated November 6, 2009, in part: "This Lunar Landmark Map is one page of approximately twenty-four pages of maps that were provided as reference for the crew in the observations of the Moon from lunar orbit. The maps from this book were made from photographs taken by one of the lunar probes from the 'Lunar Orbiter' series that mapped the Moon prior to the Apollo lunar landings…[It] has remained a treasured part of my personal space collection for thirty-seven years, ever since NASA presented it back to me in 1972, shortly after my return to Earth." Crucial to the mission's safe lunar landing, this flown Apollo 17 map is further enhanced by its rock-solid provenance and visually appealing imagery.