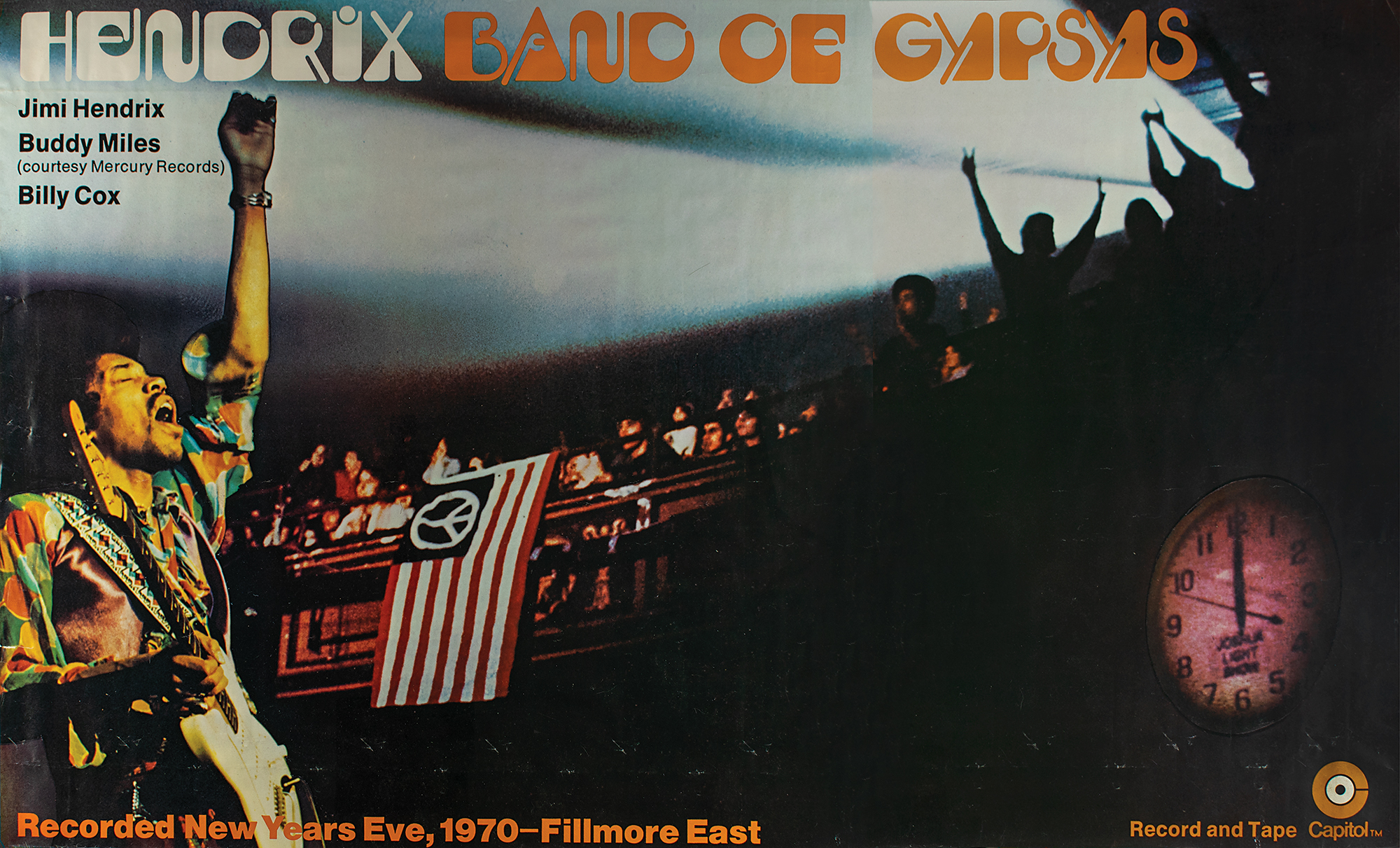 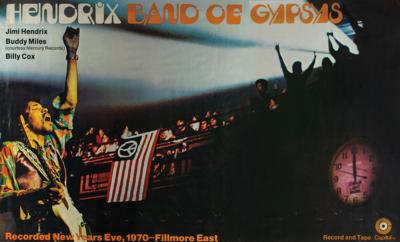 Extra large, scarce, and highly displayable original Capitol Records promotional color poster for the 1970 Jimi Hendrix live album Band of Gypsys, which was recorded at the Fillmore East in New York City on January 1, 1970, with Billy Cox on bass and Buddy Miles on drums. The poster, which measures 57 x 34, depicts Hendrix on the left side holding his guitar with eyes closed and his left hand raised, with the balcony backdrop showing an unfurled American flag with peace sign, and the right side featuring a clock that reads “Joshua Light Show.” Rolled and in very good to fine condition, with light overall creasing, and a tear to left edge.

In October 1965, Hendrix was introduced to Curtis Knight’s manager, Ed Chalpin (PPX Management). Soon thereafter Knight and the Squires recorded for Chalpin, and amazed by the young guitarist’s talents, convinced Hendrix to sign an exclusive three-year deal with PPX—purportedly for a total sum of one dollar. In the fall of 1966, Jimi’s popularity began to surge in England, and the guitarist errantly signed an additional management contract with Chas Chandler of Yameta in England. Eager to bank on the success of Hendrix’s debut album, Chalpin sued Hendrix and Yameta, for breach of contract. Chalpin and PPX were awarded a payout of $1,000,000 and a share of future royalties.

Ultimately, Hendrix agreed to release this live album that this promo poster advertises to satisfy the terms of the lawsuit. He formed the Band of Gypsys with Buddy Miles and Billy Cox, and they performed their only full concerts at the Fillmore East on December 31, 1969, and January 1, 1970, which were recorded and released as the self-titled Band of Gypsys album. This was the last album Hendrix released before his death.