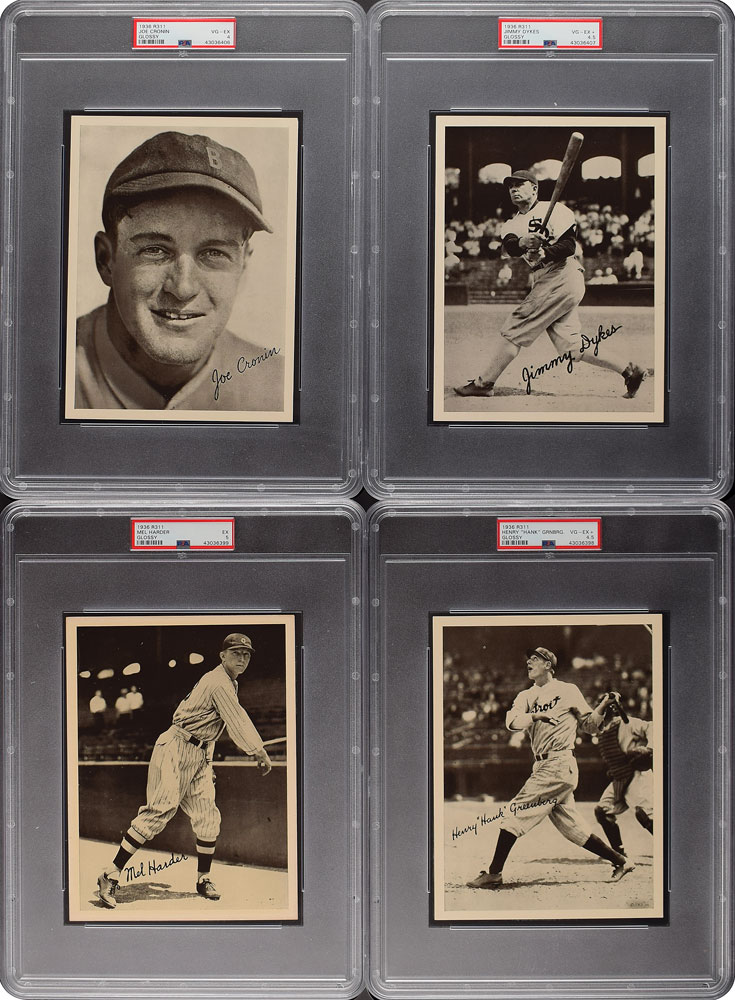 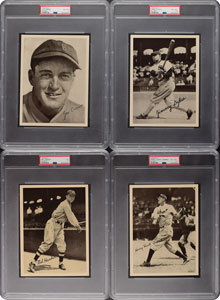 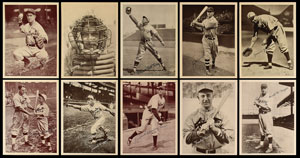 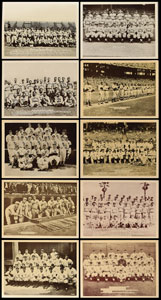 Offered is a rarely seen complete set of 1936 National Chicle Glossy premiums. In the Pre War-era of baseball card issuance, to produce higher sales card manufacturers regularly issued 'premiums' via advertising on the wrappers of their standard issues. These premiums were usually larger 'cards' of the best players of the time, obtained by redeeming to the company a specific amount of wrappers or coupons issued inside the standard issue packs. This 1936 National Chicle baseball premium was one of two produced by the company that year, with this being the thin paper stock glossy photo version, but then also issued as a leather surface photo.

Even though the technical grades are mid-range, this complete set of 27 cards is in 'high grade' condition for the issue. Due to the large 6 x 8 inch size, plus the paper-like stock, true Near Mint examples are rarely seen. With many of the most popular players of the day included, with an emphasis on Detroit Tigers and St. Louis Cardinals players, this set is also popular due to one of the very last Babe Ruth issued items during his playing days, as a member of the team image on the Boston Braves team card. A total of seven of the 27 cards have been graded by PSA.