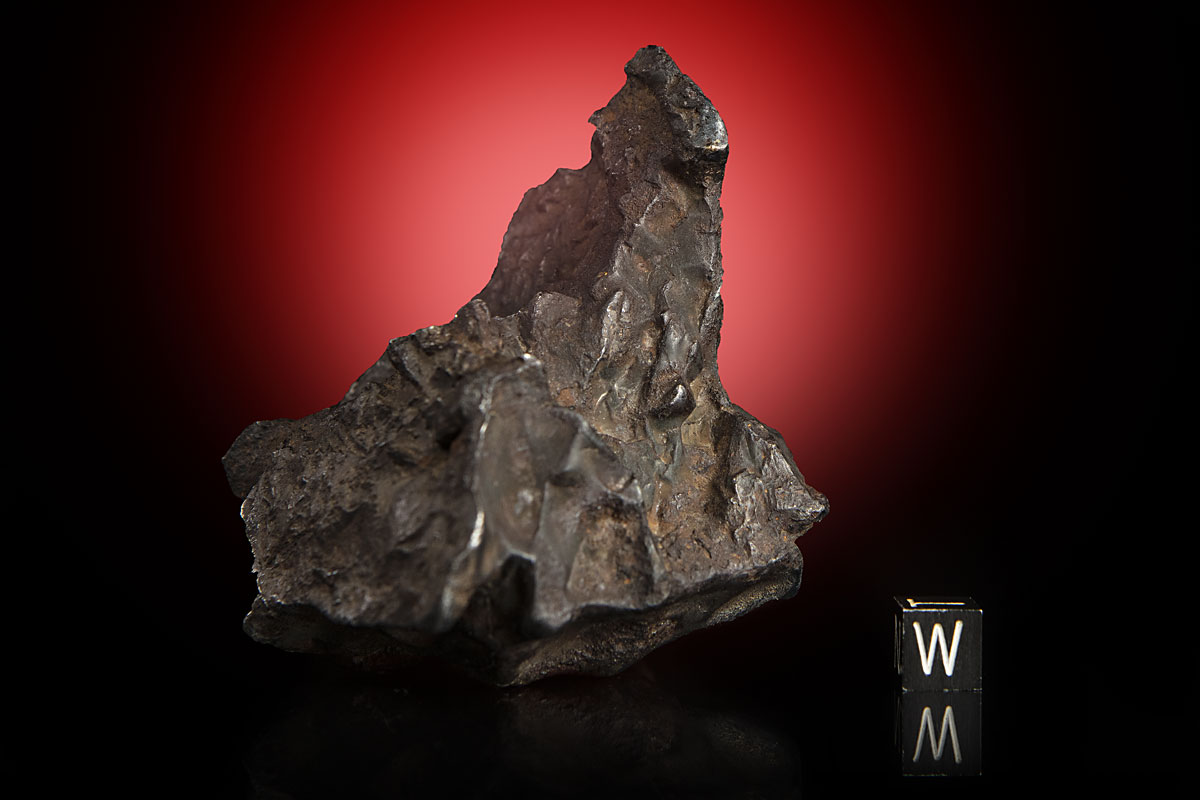 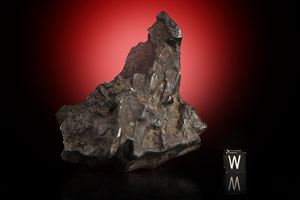 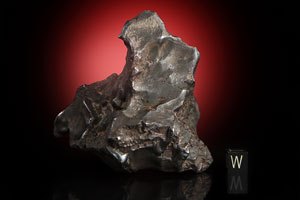 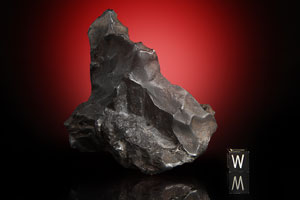 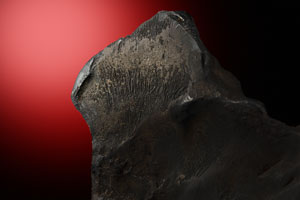 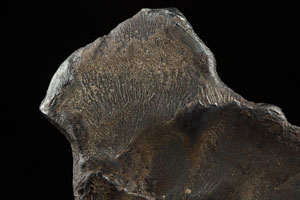 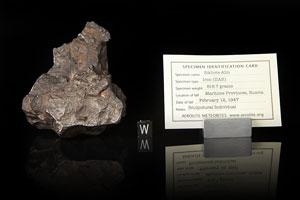 Extraordinary Sikhote-Alin iron meteorite, featuring remnant black fusion crust caused by extreme heat during meteorite's flight, as well as abundant and delicate flowlines caused when part of the meteorite's surface became molten during flight. This meteorite originates from the largest recorded meteorite fall in history, on February 12, 1947, over the Sikhote-Alin Mountains in Siberia, Russia. The whole oriented individual specimen weighs 819.7 grams and measures approximately 84 mm x 67 mm x 71 mm. Accompanied by a certificate of authenticity signed by Geoff Notkin of Aerolite Meteorites Inc. and the TV show Meteorite Men, as well as a specimen identification card.

A favorite among meteorite collectors, Sikhote-Alin is an extremely rare witnessed fall iron and many pieces display classic characteristics of meteorites: regmaglypts, orientation, rollover lips, and even impact pits from in-flight collisions with other meteorites. The Sikhote-Alin fall was observed by eyewitnesses, and the USSR Academy of Sciences sponsored a series of expeditions to the site between 1947 and 1970. The fall site, known technically as a strewnfield, was studied in detail and Russian scientists excavated 180 of 200 identified impact pits. Noted Russian scientist E. L. Krinov studied Sikhote-Alin for many years and estimated that the incoming bolide had a mass of some 70 tons. In the Handbook of Iron Meteorites, Buchwald states: 'It split finally at an altitude of about 6 km and scattered thousands of fragments within an elliptical area…a large number of the smaller fragments [such as the one offered here] had time to develop deeply sculptured regmaglypts on all surfaces. Perhaps one-fifth of the total mass came down this way.' These sculpted pieces, known as individuals, present beautiful natural formations and comprise only about 20% of all recovered masses. In later years, amateur and professional meteorite hunters scoured the fall site using metal detectors while braving ticks, snakes, Siberian tigers (and, some claim, the Russian mob) in order to recover these individual specimens. No new meteorites from this—the world’s largest crater field—are being found today, and streamlined natural space sculptures such as this superb example are highly sought after and rarely offered.