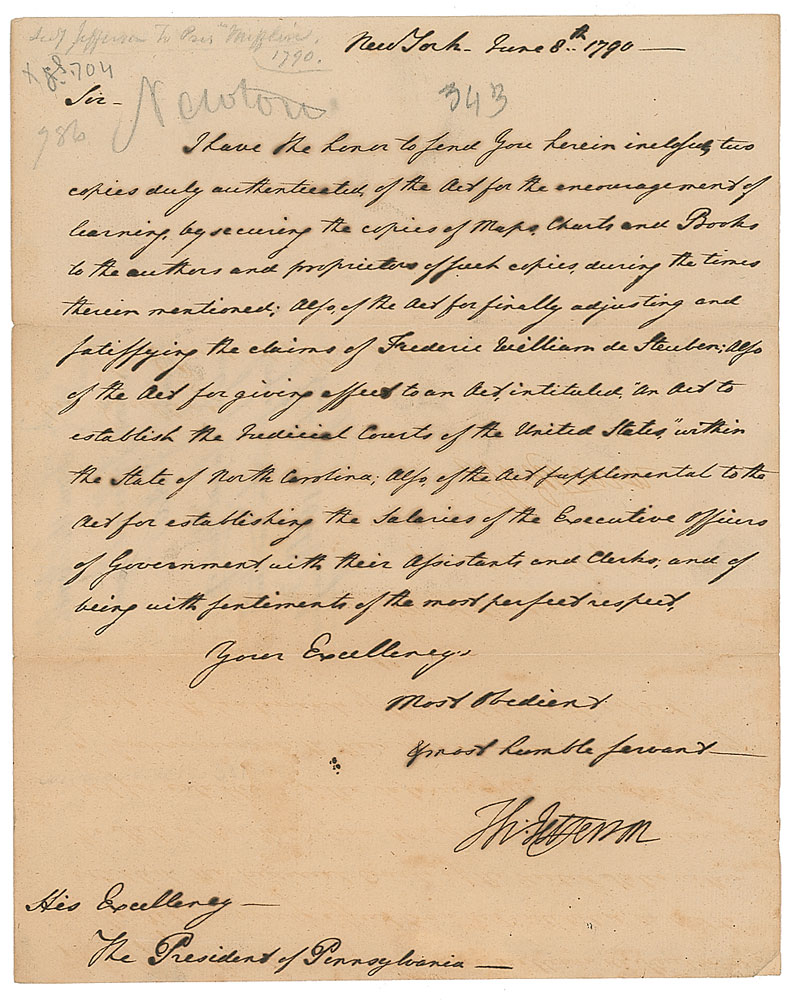 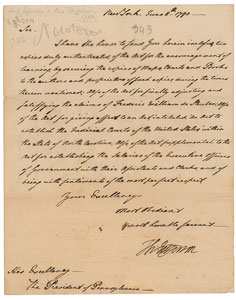 LS signed “Th: Jefferson,” one page, 7.75 x 9.75, June 8, 1790. Letter to "His Excellency the President of Pennsylvania," Thomas Mifflin, in part: "I have the honor to send you herein inclosed, two copies duly authenticated of the Act for the encouragement of learning, by securing the copies of Maps, Charts and Books to the authors and proprietors of such copies, during the times therein mentioned; Also, of the Act for finally adjusting and satisfying the claims of Frederic William de Steuben; also of the Act for giving effect to an Act, intituled 'An Act to establish the Judicial Courts of the United States,' within the State of North Carolina; also, of the Act supplemental to the Act for establishing the Salaries of the Executive Officers of Government, with their Assistants and Clerks." In fine condition.

The acts mentioned in this letter were foundational pieces of early American legislation, many of which retain significance to this day: the "Act for the encouragement of learning," commonly known as the Copyright Act of 1790, was the first federal copyright act to be instituted in the United States; the act related to Friedrich Wilhelm von Steuben, a key figure in instructing the Continental Army during the Revolution, granted him a pension; and the third act made the Judiciary Act of 1789, establishing the federal judiciary of the United States, effective in North Carolina, which had recently ratified the Constitution. Beautifully signed by Jefferson as secretary of state, this is an outstanding, well-preserved example.