Inscribed to the man who approved Lindbergh's pilot license, inspected the Spirit of St. Louis 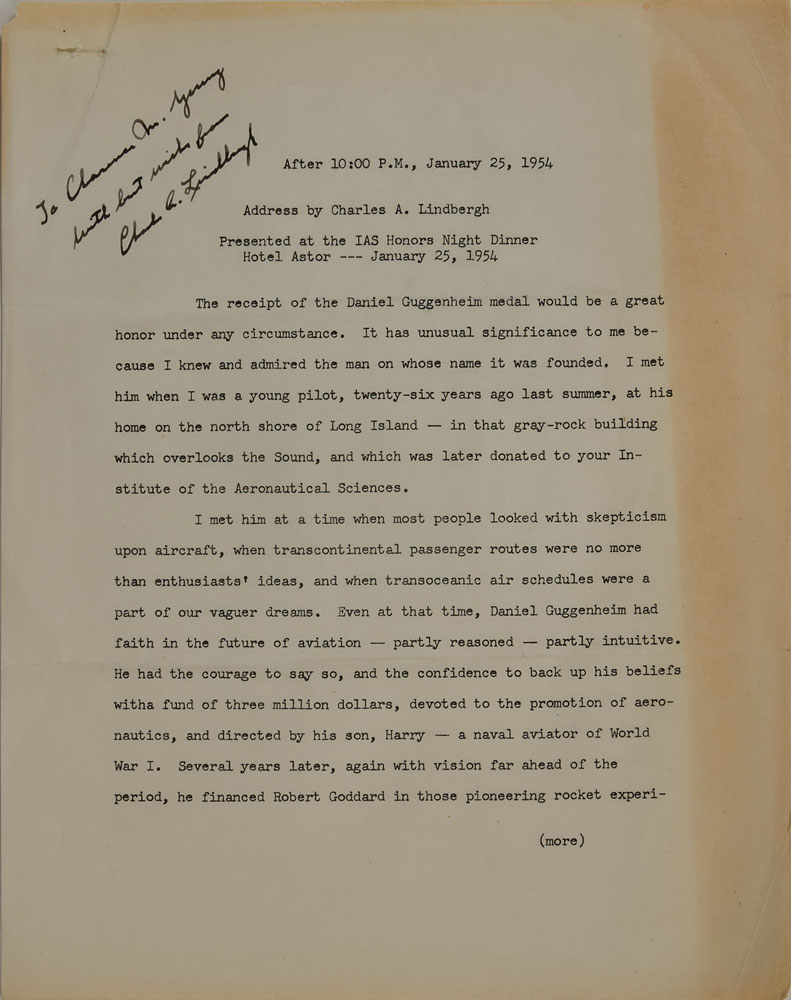 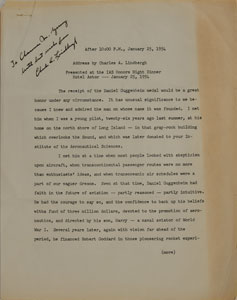 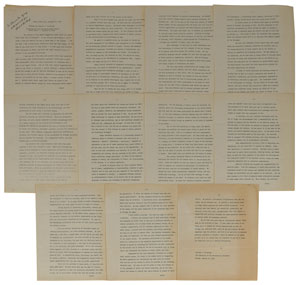 Inscribed to the man who approved Lindbergh's pilot license, inspected the Spirit of St. Louis

Souvenir typescript of Lindbergh’s speech at the IAS Honors Night Dinner at New York’s Hotel Astor on January 25, 1954, 8.25 x 11, eleven pages, signed and inscribed on the first page in fountain pen, “To Clarence M. Young, with best wishes from, Charles A. Lindbergh.” The speech, in part: “To achieve a civilization based on human values requires the desire within ourselves. If we actually have that desire, our scientific, industrial, and military forces will fall, automatically, into line behind it, supporting with material strength the human qualities essential to overall power and permanent survival. But we must have more than an intellectual desire, filed away in the archives of idea. It must enter the roots of our being until it shapes our action instinctively as well as through the conscious mind, until we see the producer as more important than his product, and find it no sacrifice to renounce material standard of success—until we realize in our bones as well as in our brains that the character of man still forms the essential core of a lasting civilization.” In very good to fine condition, with staple holes to top left corners, a strip of toning to right edge of several pages, and some edge chips. Young was the director of aeronautics in the Commerce Department in 1927, the assistant secretary of Commerce for Aeronautics from 1928 to 1933, and was considered the architect of the Federal airways system. He personally inspected the Spirit of St. Louis and approved its registration, giving it the N-X-211 designation and authorizing Lindbergh's pilot license.