Amazing map of “The Earth’s Moon,” signed by the crews of Apollo 8 and 11 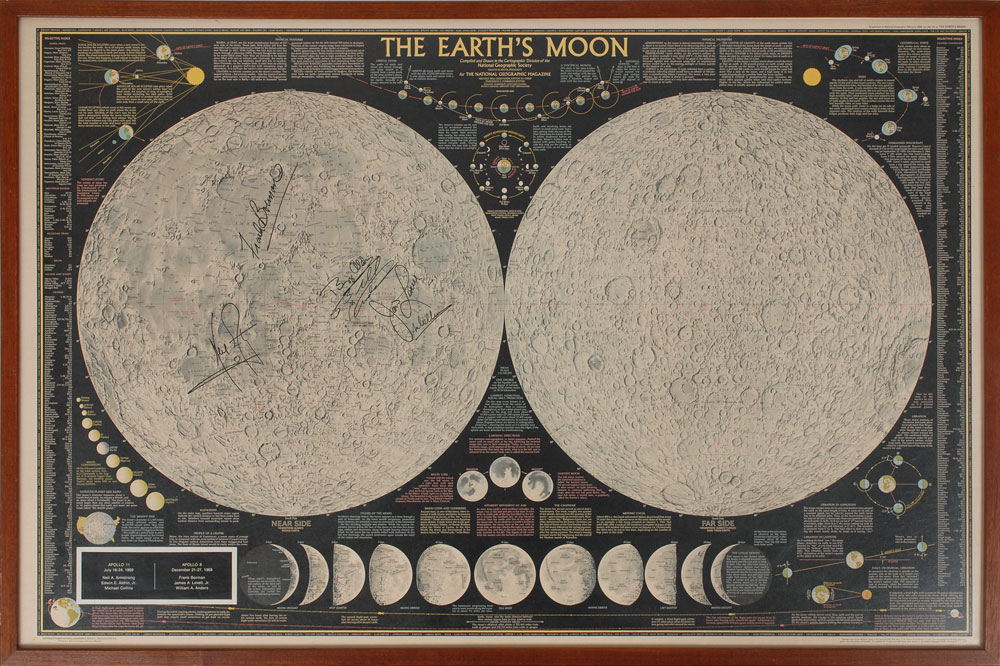 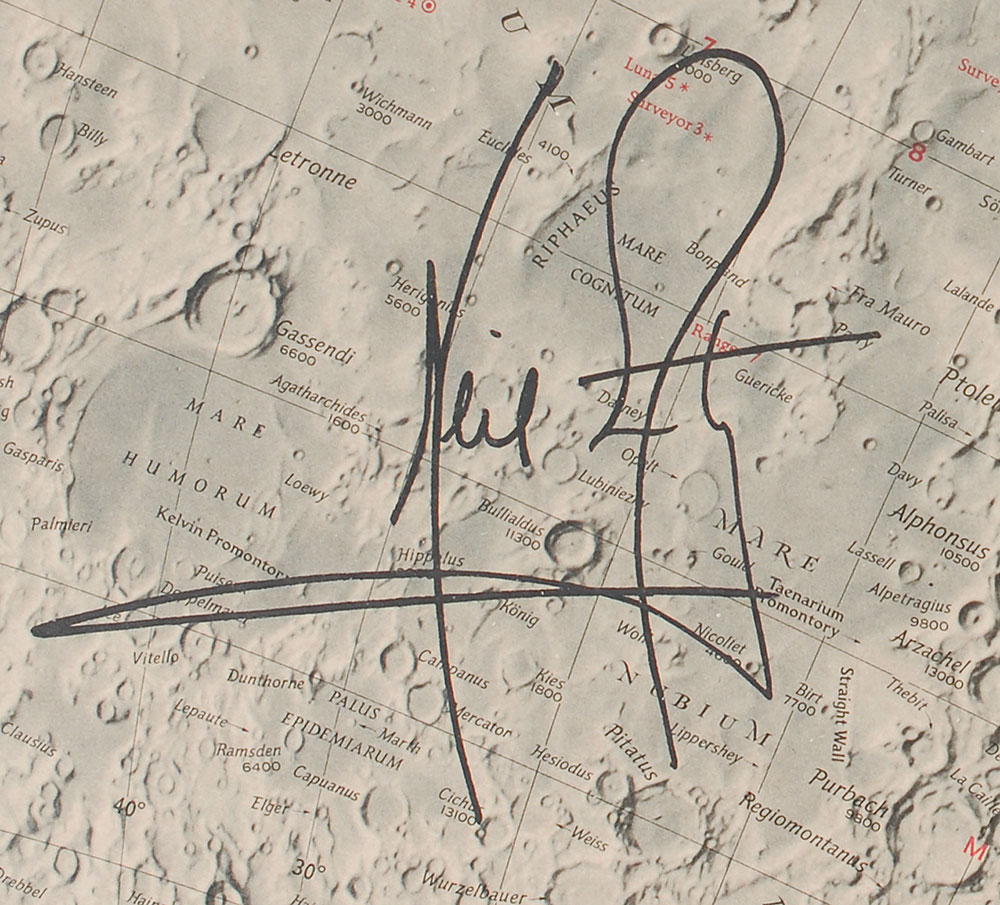 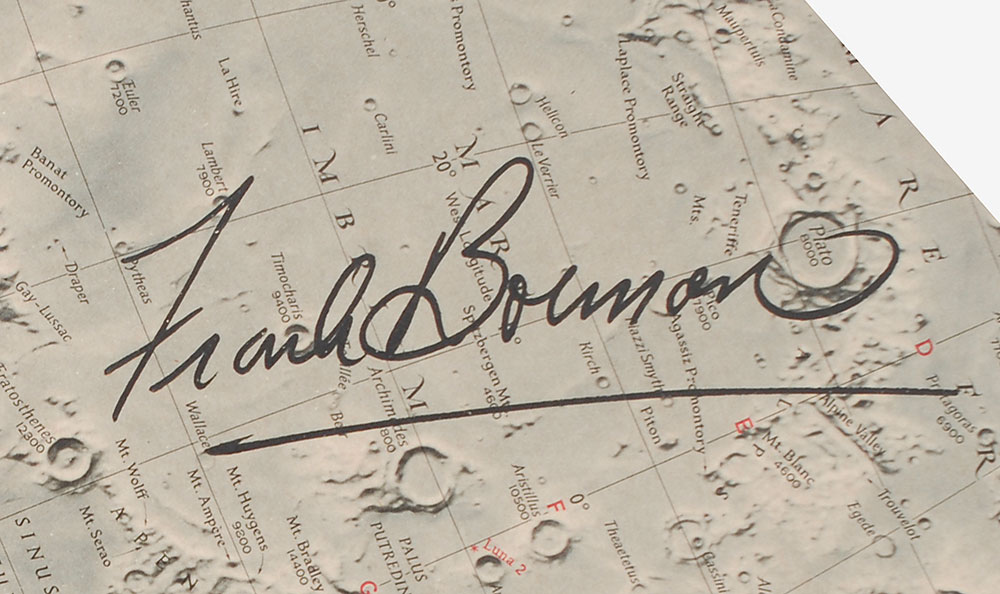 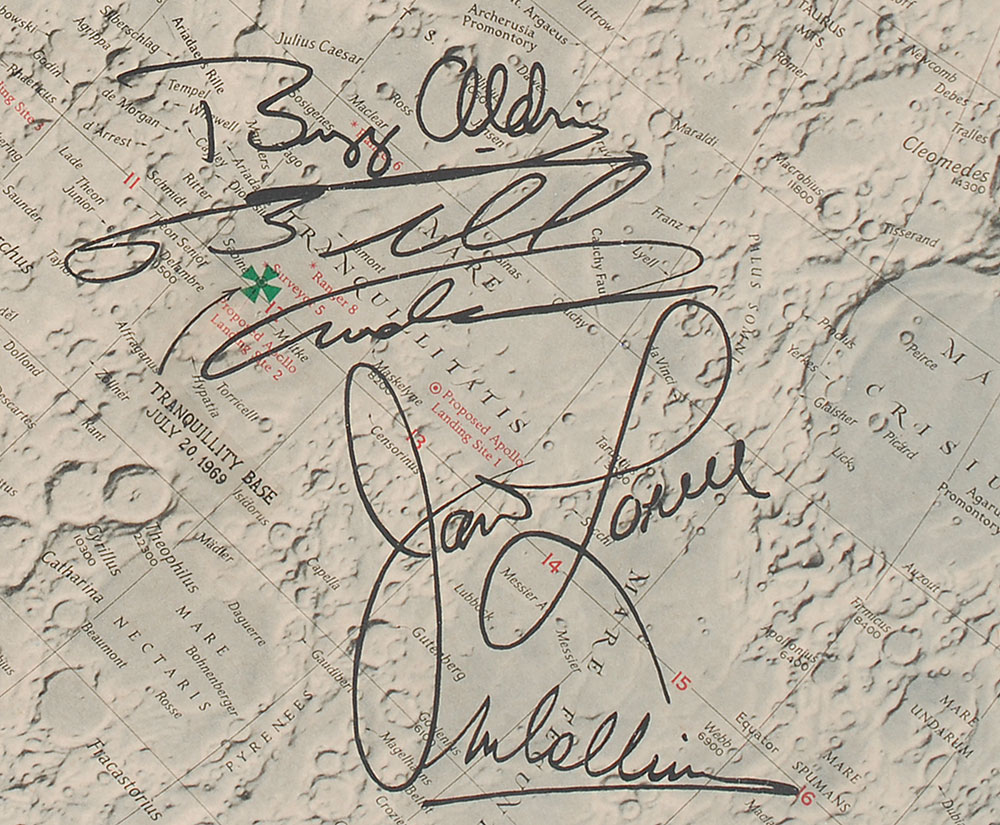 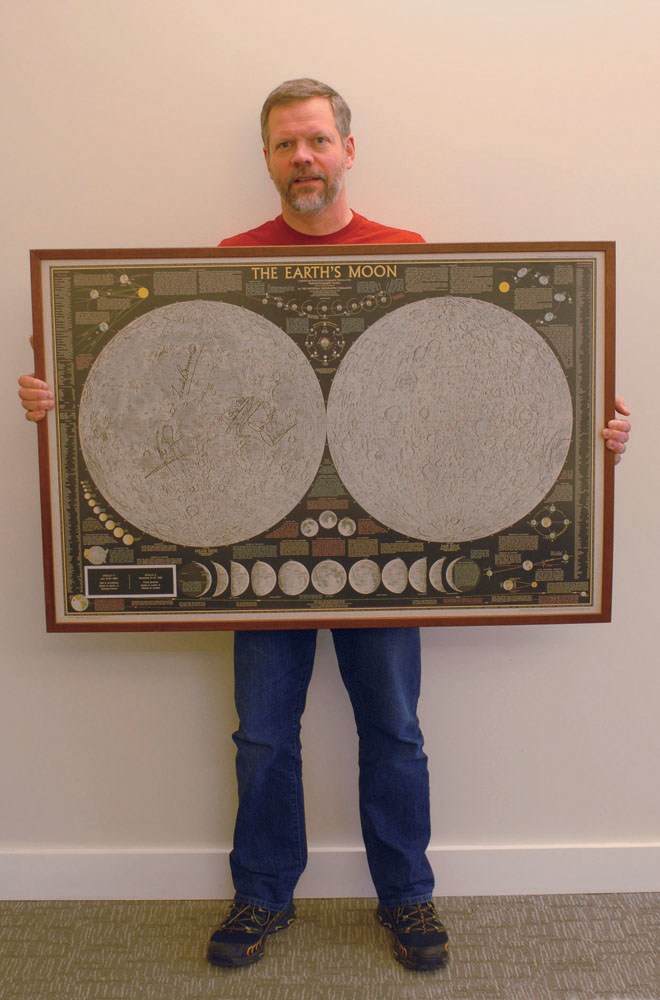 Amazing map of “The Earth’s Moon,” signed by the crews of Apollo 8 and 11

Incredible color 41.5 x 27.25 supplement wall map entitled ‘The Earth’s Moon,’ published by National Geographic Magazine in February of 1969, Vol. 135, No. 2. This map is signed on the near side hemisphere in black felt tip by the prime crews of Apollo 8: Frank Borman, James Lovell, and Bill Anders, and Apollo 11: Buzz Aldrin, Neil Armstrong, and Michael Collins. The map depicts both the near and far sides of the moon in stunning topographic detail, employing grid references and selective indexes on the left and right borders as means of identifying each of the moon’s seas, mountain ranges, peaks, rilles, valleys, scarps, and craters. Additionally, the map offers various lunar features and properties, providing information on common and uncommon celestial events such as phases, eclipses, and librations. The lower left corner bears an identification plaque identifying the six crew members of Apollo 8 and 11. Printed by A. Hoen & Company of Baltimore, Maryland. Framed and in fine condition.

The National Geographic Society awarded their Hubbard Metal to the Apollo 8 crew on April 3, 1969, for their accomplishment of orbiting the moon. On February 16, 1970 the Hubbard Metal was also awarded to the Apollo 11 crew for being the first to land on the lunar surface. The Society’s Cartographic Division prepared a number of these maps for the February, 1970 board meeting at NGS Headquarters. These are the only maps specially prepared in the Cartographic Division that have the identification plaques and more importantly, the signatures. This particular map hung in the Cartographic Division for years, and eventually in the office of John F. Shupe, when he became Associate Director, and later, Chief Cartographer—it was admired by all his visitors for more than twenty years. Originating from the collection of someone who worked on the map when it was originally produced, and also prepared it for the board meeting in 1970, this is certainly one of the most visually impressive Apollo-era items we have ever encountered.  Pre-certified Zarelli Space Authentication.