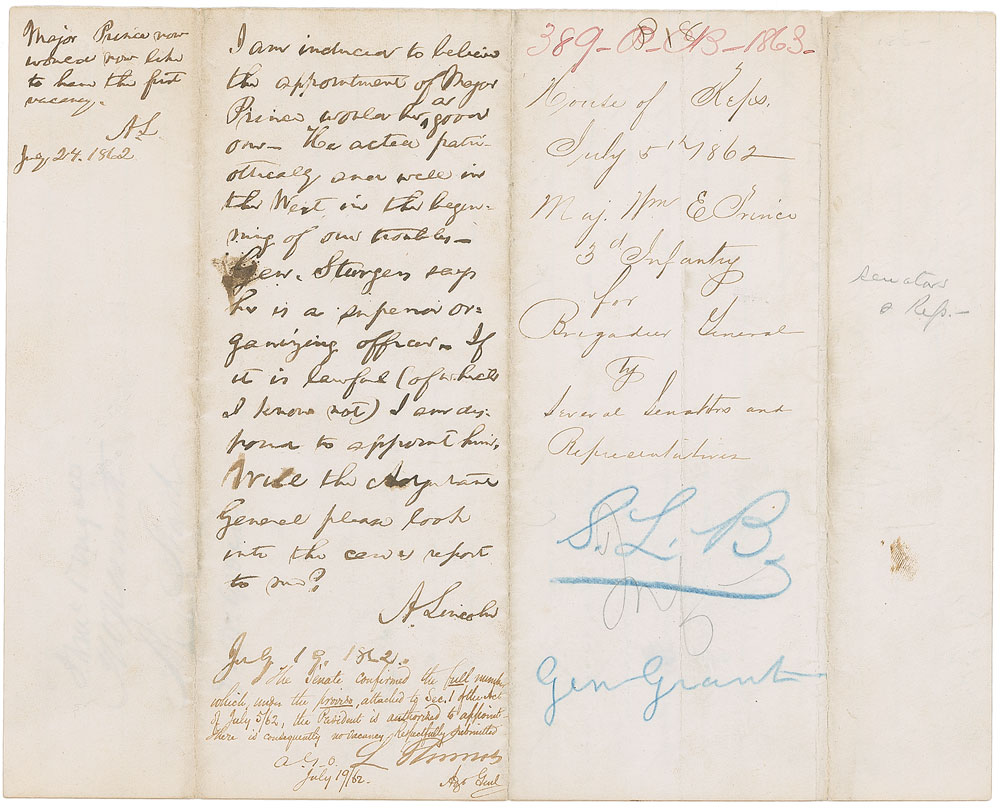 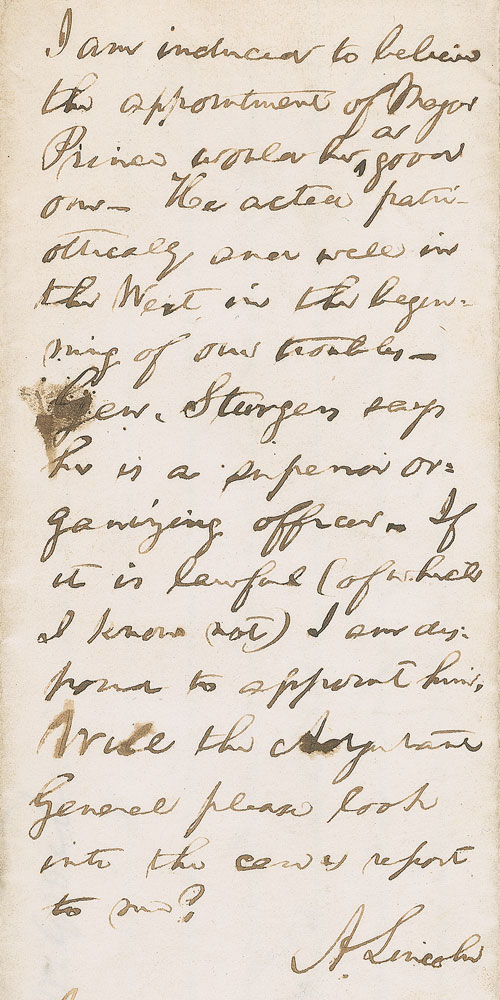 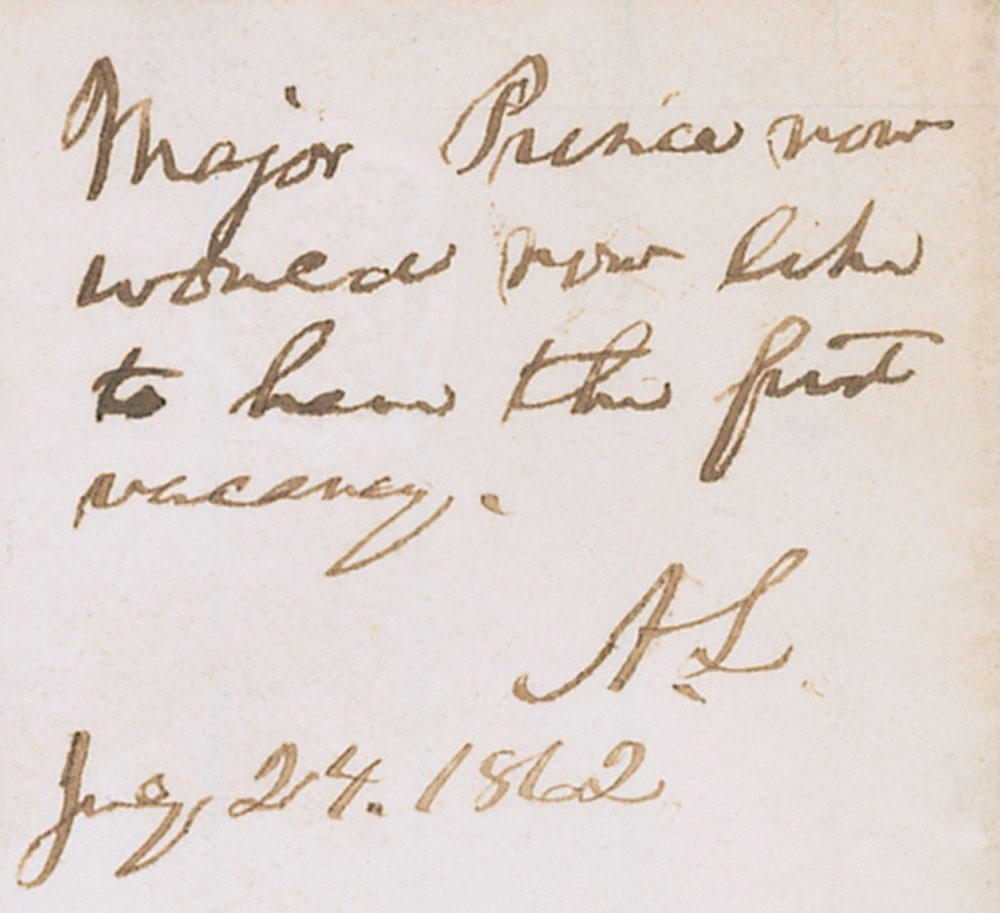 Civil War–dated handwritten endorsements as president, signed “A. Lincoln” and initialed “AL,” on the docketing panels of a letter of recommendation submitted to him by a group of congressmen, one page, 8 x 10, July 5, 1862. President Lincoln's lengthy endorsement, dated July 19, 1862, in full: "I am induced to believe the appointment of Major Prince would be a good one. He acted patriottically [sic] and well in the West in the beginning of our troubles. Gen. Sturgess [Samuel D. Sturgis] says he is a superior organizing officer. If it is lawful (of which I know not) I am disposed to appoint him. Will the Adjutant General please look into the case & report to me?" Below this is a manuscript note of the same day, signed by Lorenzo Thomas: "The Senate confirmed the full number which, under the proviso attached to Sec. 1 of the Act of July 5/62, the President is authorized to appoint. There is consequently no vacancy." Lincoln writes and initials a response to this on the leftmost panel: "Major Prince now would now like to have the first vacancy, A. L. July 24, 1862."

The initial letter, addressed to "His Excellency the President of the United States," in part: "The undersigned Senators and Representatives…respectfully recommend Major William E. Prince of the 3rd Infantry for appointment to the office of Brigadier General of Volunteers. Major Prince has been for a long time in the service of the government in the Regular army and we believe him to possess eminent qualifications." Signed at the conclusion by 13 members of Congress, including Robert Wilson, John B. Henderson, Robert Mallory, John W. Menzies, James C. Robinson, William A. Richardson, William A. Hall, Henry M. Rice, James S. Rollins, Elijah H. Norton, John W. Noell, John S. Phelps, and John S. Carlile. In fine condition, with expected document wear and an ink blot affecting a couple letters of Lincoln’s writing.

Lincoln was unsure of the appointment process because an act of the 37th Congress, which had just been approved on July 5, 1862, limited the number of major generals the president could appoint to 40 and brigadier generals to 200. In March 1862, General Henry W. Halleck ordered Major William E. Prince to send any available cavalry regiments to Kansas City and Independence, Missouri. He was instructed to leave one company in each location, before heading south through Jackson and Johnson Counties to disperse guerrilla bands in the region. Ultimately, Prince continued his service as a major in the 3rd Infantry until he was promoted to brevet lieutenant colonel in 1865. An exceptional piece from early in the Civil War, signed by a number of influential political figures and highlighted by two separate endorsements by President Lincoln. Pre-certified John Reznikoff/PSA/DNA and RR Auction COA.