Important document for the construction of the Adams family tomb, with receipt for the exhumation of John and Abigail Adams 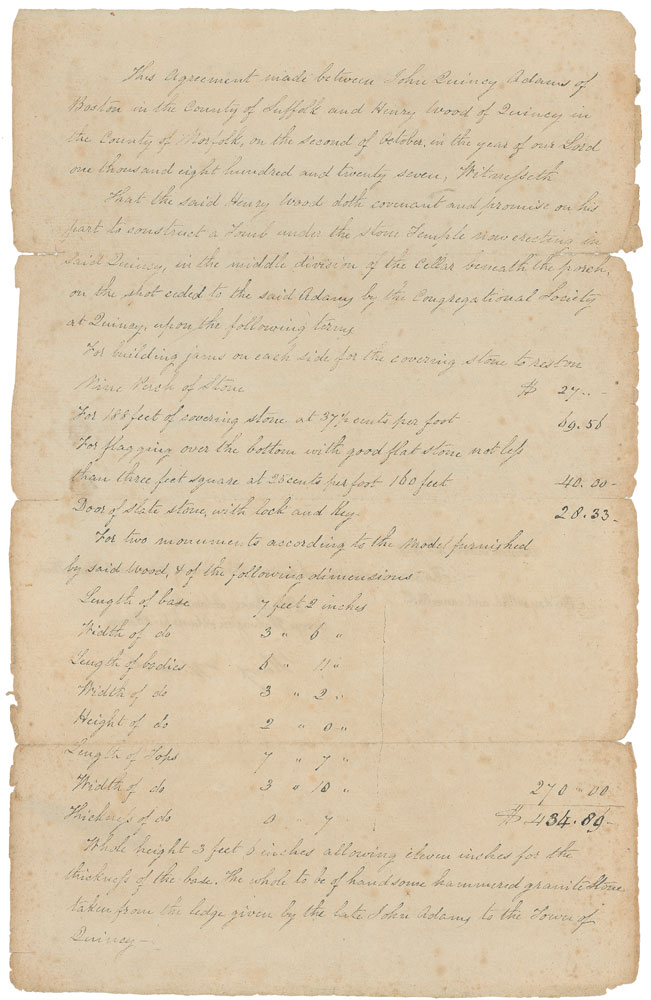 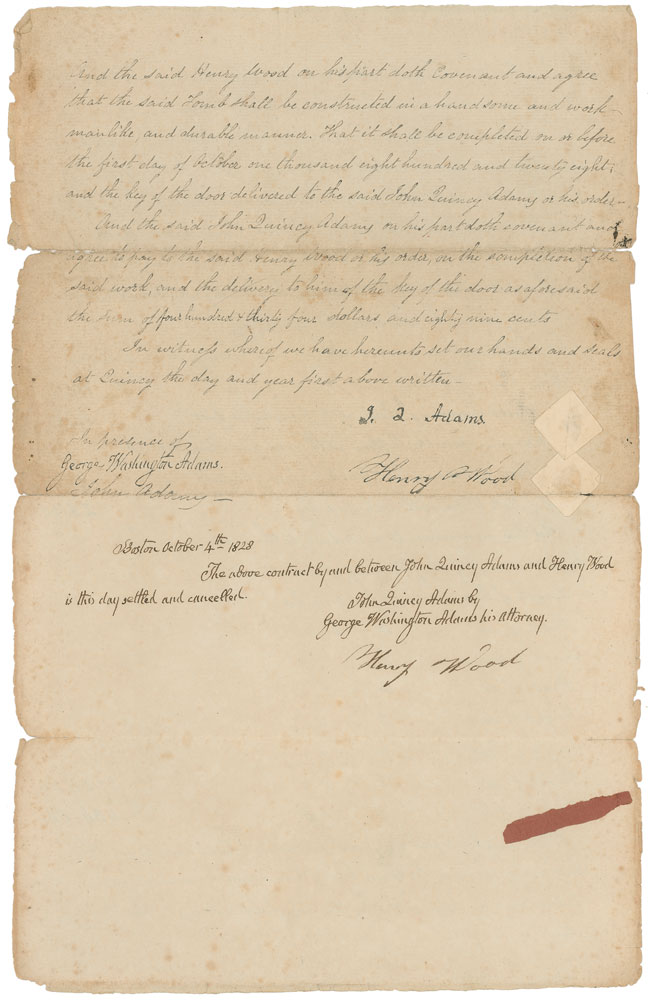 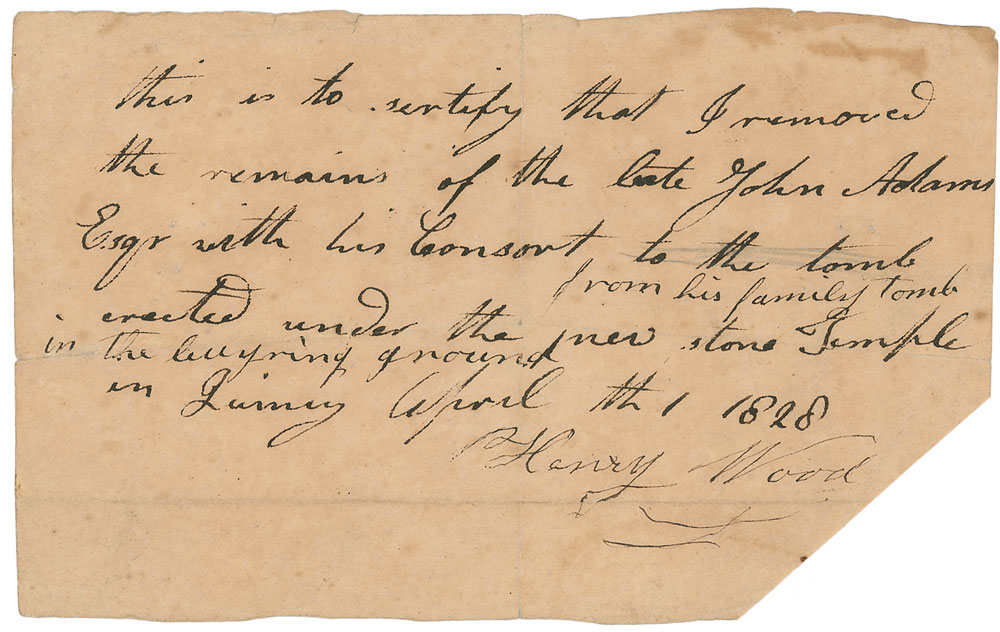 Important document for the construction of the Adams family tomb, with receipt for the exhumation of John and Abigail Adams

Manuscript DS, signed "J. Q. Adams," one page both sides, 8.5 x 13, October 2, 1827. Contract for the construction of the family crypt. In part: "This agreement made between John Quincy Adams of Boston in the County of Suffolk and Henry Wood of Quincy...That the said Henry Wood doth covenant and promise on his part to construct a tomb under the stone temple now erecting in said Quincy, in the middle division of the cellar beneath the porch, on the spot ceded to the said Adams by the Congregational Society at Quincy...The whole to be of handsome hammered granite stone taken from the ledge given by the late John Adams to the Town of Quincy. And the said Henry Wood on his past doth covenant and agree that the said tomb shall be constructed in a handsome and workmanlike and durable manner...And the said John Quincy Adams on his part doth covenant and agree to pay to the said Henry Wood or his order, on the completion of the said work, and the delivery to him of the key of the door...the sum of four hundred & thirty four dollars and eighty nine cents." Signed at the conclusion once by John Quincy Adams and twice by Henry Wood, and countersigned by John Quincy Adams's sons George Washington Adams and John Adams II as witnesses. Also includes a manuscript receipt signed by Wood, in full: "This is to certify that I removed the remains of the late John Adams Esqr. with his Consort from his family tomb in the burying ground to the tomb erected under the new stone Temple in Quincy April the 1, 1828." In very good condition, with fragile intersecting folds with partial edge separations, and scattered light foxing. The temple referenced throughout the document is the United First Parish Church, where the late John and Abigail Adams, along with their family, had attended. The construction of a new church building was financed by the Adams family, commencing in 1828. President John Adams aided the church's construction through a land donation, and the bulk of the granite used came from their family quarry. John Quincy Adams hired Henry Wood to construct a family tomb in the cellar, and then had the bodies of his parents exhumed from their graves at Hancock Cemetery across the street and laid to rest in the new crypt. Like his father had been, John Quincy Adams was buried in Hancock Cemetery upon his death in 1848, as was his widow Louisa Adams when she passed in 1852. In December 1852, their only remaining son, Charles Francis Adams, had their remains re-interred in the family tomb along with John and Abigail. The additional two signatories on this document are Adams's other sons, who led tragic lives—his eldest, George Washington Adams (1801–1829), had a reputation as an alcoholic and womanizer and died of apparent suicide at age 28, while John Adams II (1803–1834) served as his father's private secretary during his presidency, then also descended into alcoholism and passed at the young age of 31. Their signatures are presumably quite scarce. An extraordinary and historically important document from one of America's most prominent families. Pre-certified PSA/DNA.