Flown-flag from Earhart’s historic flight and highly-desirable copy of her memoir, including signatures of eight other pioneering aviatrixes 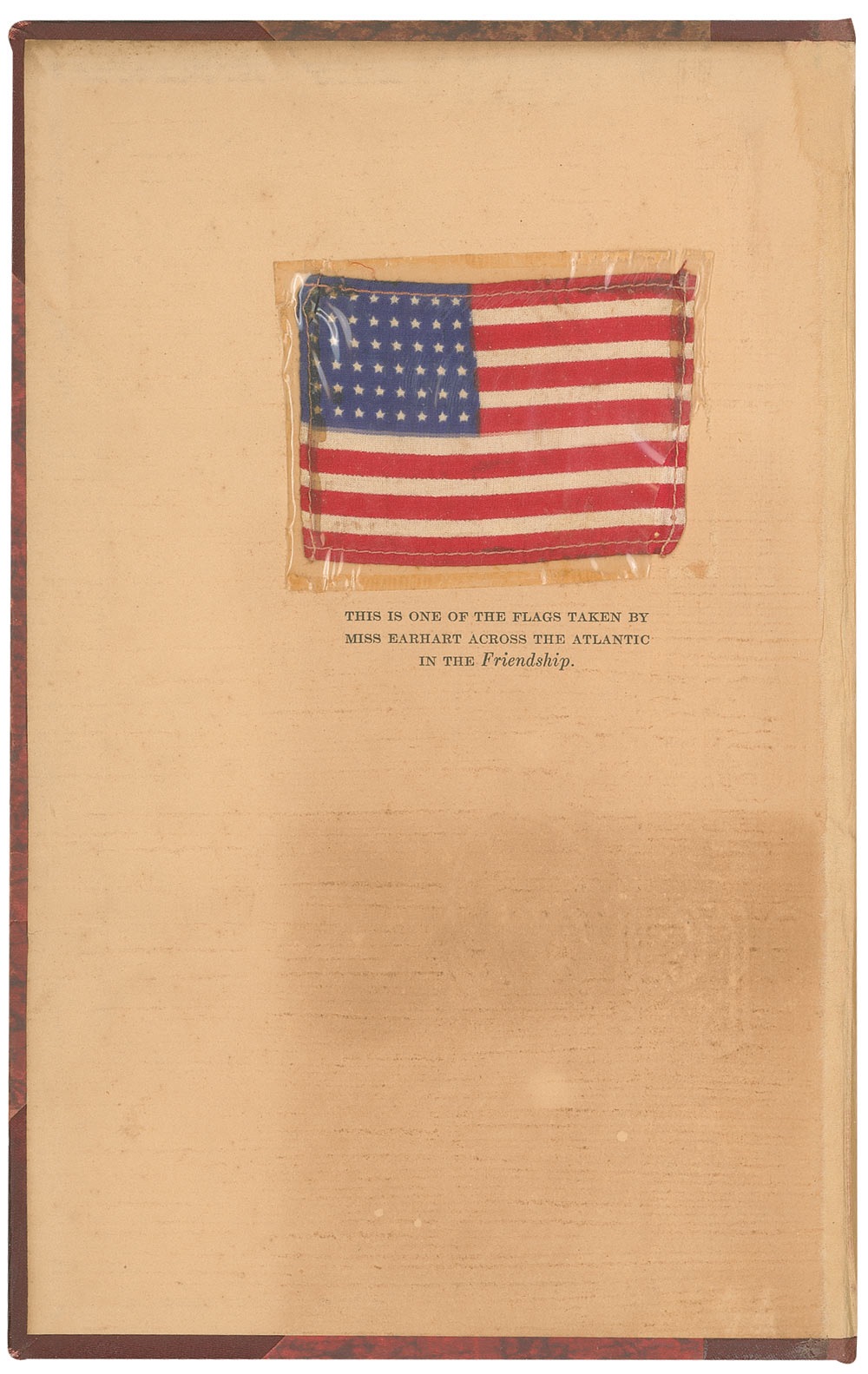 Flown-flag from Earhart’s historic flight and highly-desirable copy of her memoir, including signatures of eight other pioneering aviatrixes

The book retains its original 2.5 x 2 silk American flag, housed in a cellophane pocket on the inside front cover, described thus on the limitation page: “Each copy contains one of the small silk flags which Miss Earhart carried in the ‘Friendship’ from Boston to Wales.” The flight in question took place in June 1928. Earhart had earlier been contacted by publishing heir George P. Putnam when, induced by wealthy socialite sponsor Amy Guest, he sought a suitable candidate as the first female to make a transatlantic flight. Though Earhart made the historic journey only as a passenger and ‘log keeper’—she later described her role as ‘just baggage, like a sack of potatoes’—she indeed was the first woman to cross the Atlantic by air. Four years later she bested her own record by making the same flight as solo pilot—the first female to accomplish this feat. In very good condition, with scattered light toning and foxing to signed page, as well as other opening and closing pages, toning and damp staining to front pastedown, spine a bit loose, and light wear to covers, as well as fraying to spine. Copies of this volume, one of the most desirable and avidly sought examples of aviation literature, are quite elusive; those complete with the flag from Earhart’s history-making journey, are of the greatest scarcity, and enhanced with the signature of eight other pioneers, making this book a cornerstone of any advanced aviation collection. Pre-certified Scott Cornish and RR Auction COA.