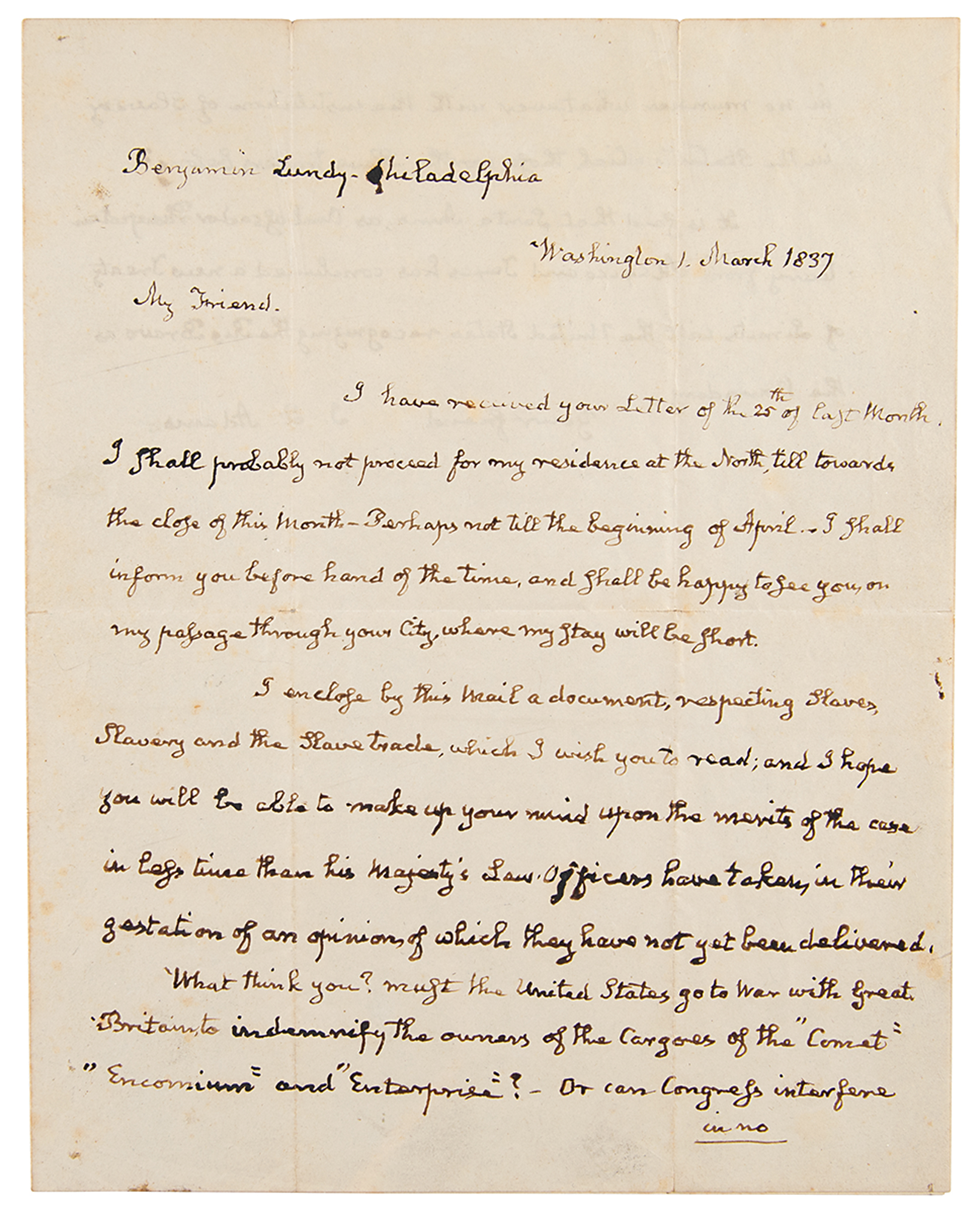 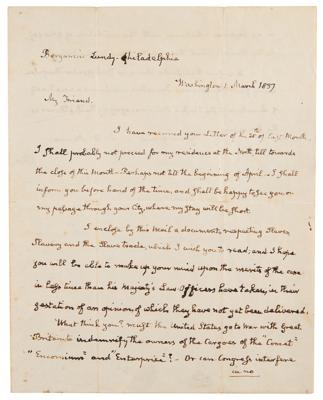 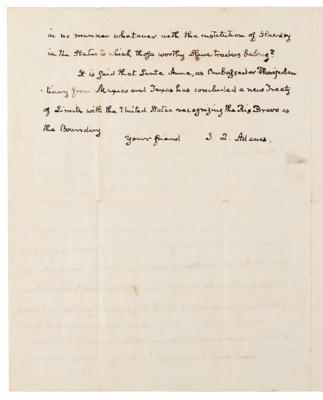 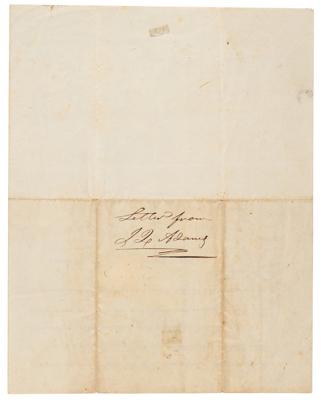 ALS signed “J. Q. Adams,” one page both sides, 7.75 x 9.75, March 1, 1837. Handwritten letter to abolitionist Benjamin Lundy in Philadelphia, publisher of The National Enquirer (later the Pennsylvania Freeman), commenting on what is colloquially known as the 'Shipwrecked Slave Act.' In part: "I enclose by this mail a document, respecting Slaves, Slavery and the Slave Trade, which I wish you to read; and I hope you will be able to make up your mind upon the merits of the case in less time than his Majesty's Law-Offices have taken, in their gestation of an opinion of which they have not yet been delivered. What think you? Must the United States go to war with Great Britain, to indemnify the owners of the cargoes of the 'Comet,' 'Encomium' and 'Enterprise'? Or can Congress interfere in no manner whatsoever with the institution of Slavery in the States to which those worthy Slave-traders belong? It is said that Santa Anna, as Ambassador Plenipotentiary from Mexico and Texas has concluded a new Treaty of Limits with the United States recognizing the Rio Bravo as the Boundary." In fine condition. Adams discusses significant disputes between the United States and Great Britain involving the coastwise slave trade—namely, the British practice of freeing slaves when American slavers were forced, either by weather or accident, to dock at ports in Bermuda and in the British West Indies. In the three cases here mentioned—of the ships Comet (1830), Encomium (1833), and Enterprise (1835)—slaves were set free, and their owners demanded compensation from Great Britain. The situation provoked heated debates in Congress and led to a dramatic increase in tension between the Crown and the United States—the typically diplomatic John Quincy Adams, writing here as a member of Congress, even hypothesizes war as a possibility. Ultimately, after several years of tense negotiation, the English government agreed to compensate the slaveholders of the Comet and Encomium, because colonial slavery still operated in its territories when those ships and cargoes were seized. Britain initially declined to compensate the Enterprise's slaveholders, as slavery had been abolished in the colonies in 1834 and the enslaved people were thus no longer recognized as property under British law. Ultimately, compensatory settlements were reached as part of a treaty between the United States and Great Britain concluded in 1853. An important piece of correspondence on one of the most difficult subjects of the 19th century.