Four days prior to the signing of the Treaty of Paris, Gen. Washington responds to the British refusal to surrender their Western posts 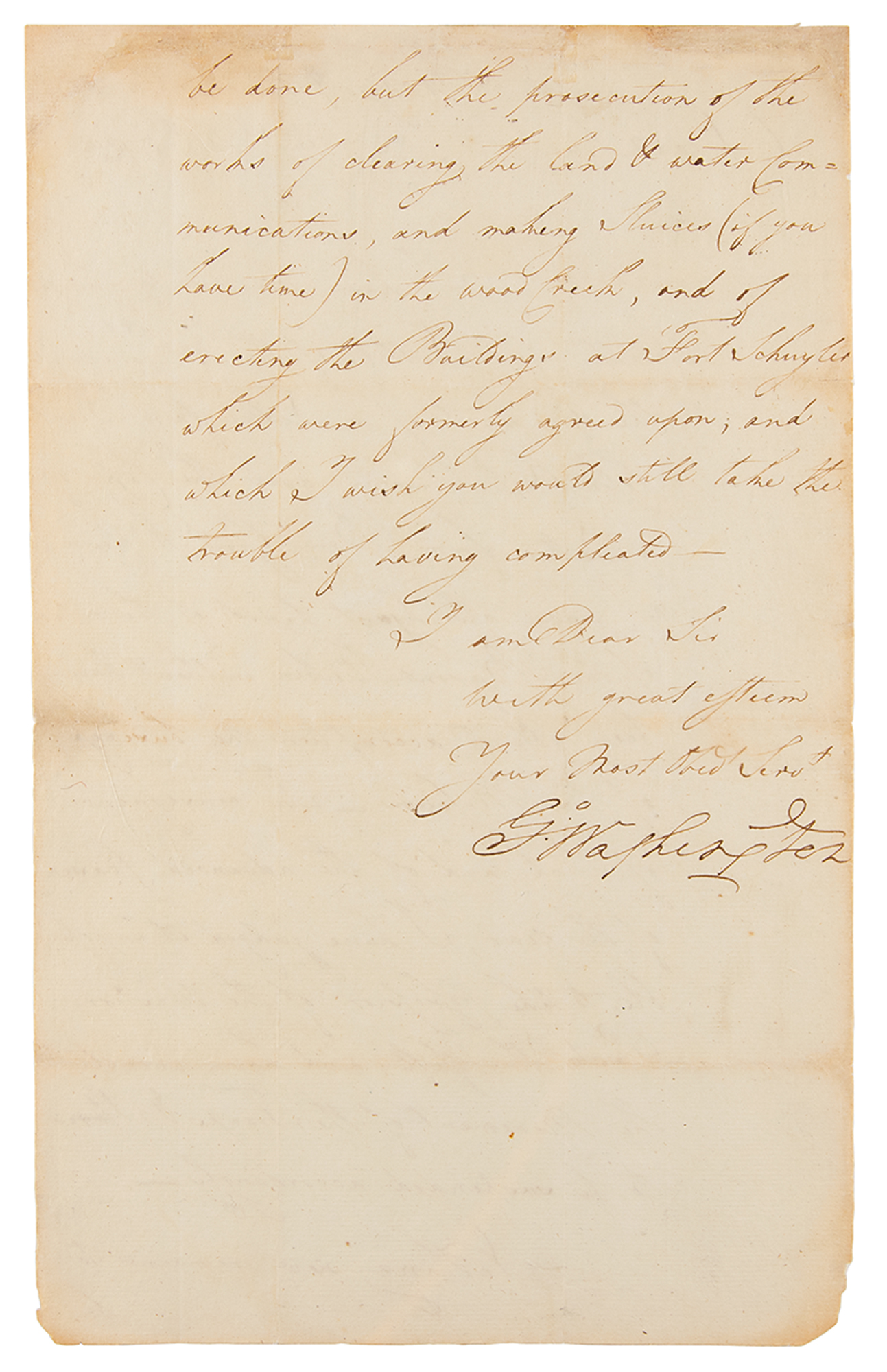 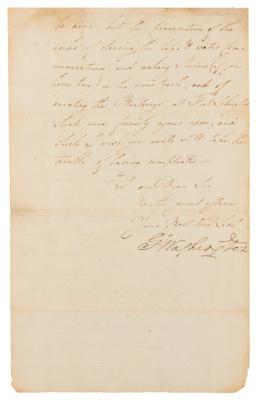 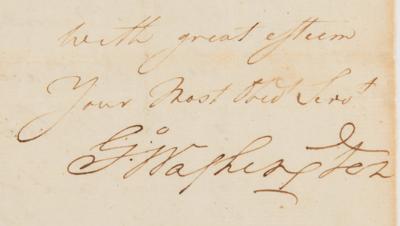 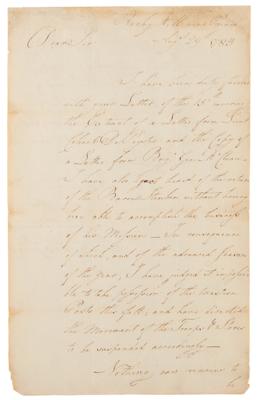 Four days prior to the signing of the Treaty of Paris, Gen. Washington responds to the British refusal to surrender their Western posts

Revolutionary War-dated LS signed “Go: Washington,” one page both sides, 8 x 12.75, August 29, 1783. Letter to Lt. Col. Marinus Willett, sent from Rocky Hill (near Princeton), just four days prior to the signing of the Treaty of Paris, which marked the formal end of the American Revolution. "I have been duly favored with your Letter of the 15th covering the Extract of a Letter from Lieut. Charles De Peyster and the Copy of a Letter from Brig' Gen'l McClean. I have also just heard of the return of the Baron Steuben without having been able to accomplish the business of his Mission—In consequence of which, and of the advanced season of the year, I have judged it impossible to take possession of the Western Posts this fall; and have directed the Movement of the Troops, & Stores to be suspended accordingly—Nothing now remains to be done, but the prosecution of the works of clearing the land & water communications, and making Sluices (if you have time) in the wood Creek, and of erecting the Buildings at Fort Schuyler, which were formerly agreed upon; and which I wish you would still take the trouble of having compleated." In fine condition, with light edge wear, and a professional repair to minor loss to the upper right corner. The text of this letter is published in The Writings of George Washington, Vol. 27, which states that the recipient was Lieutenant Colonel Marinus Willett. Washington observes that, in spite of the war drawing to a close, it will be "impossible to take possession of the Western Posts this fall," and he has therefore directed his troops elsewhere. As part of the Treaty of Paris, concluded on September 3, 1783, the British agreed to withdraw all 'armies, garrisons, and fleets from the said United States, and from every post, place, and harbor within the same.' In spite of the treaty, the British refused to vacate several forts in the Northwest Territory and in New York, including Fort Mackinac, Fort Lernoult, Fort Niagara, Fort Oswegatchie, and Fort Ontario. Eleven years later, the British finally agreed to relinquish their holdings as part of the Jay Treaty, concluded in 1796 during George Washington's presidency.