Bound for America, the Beatles sign at Heathrow Airport two days before their Ed Sullivan debut 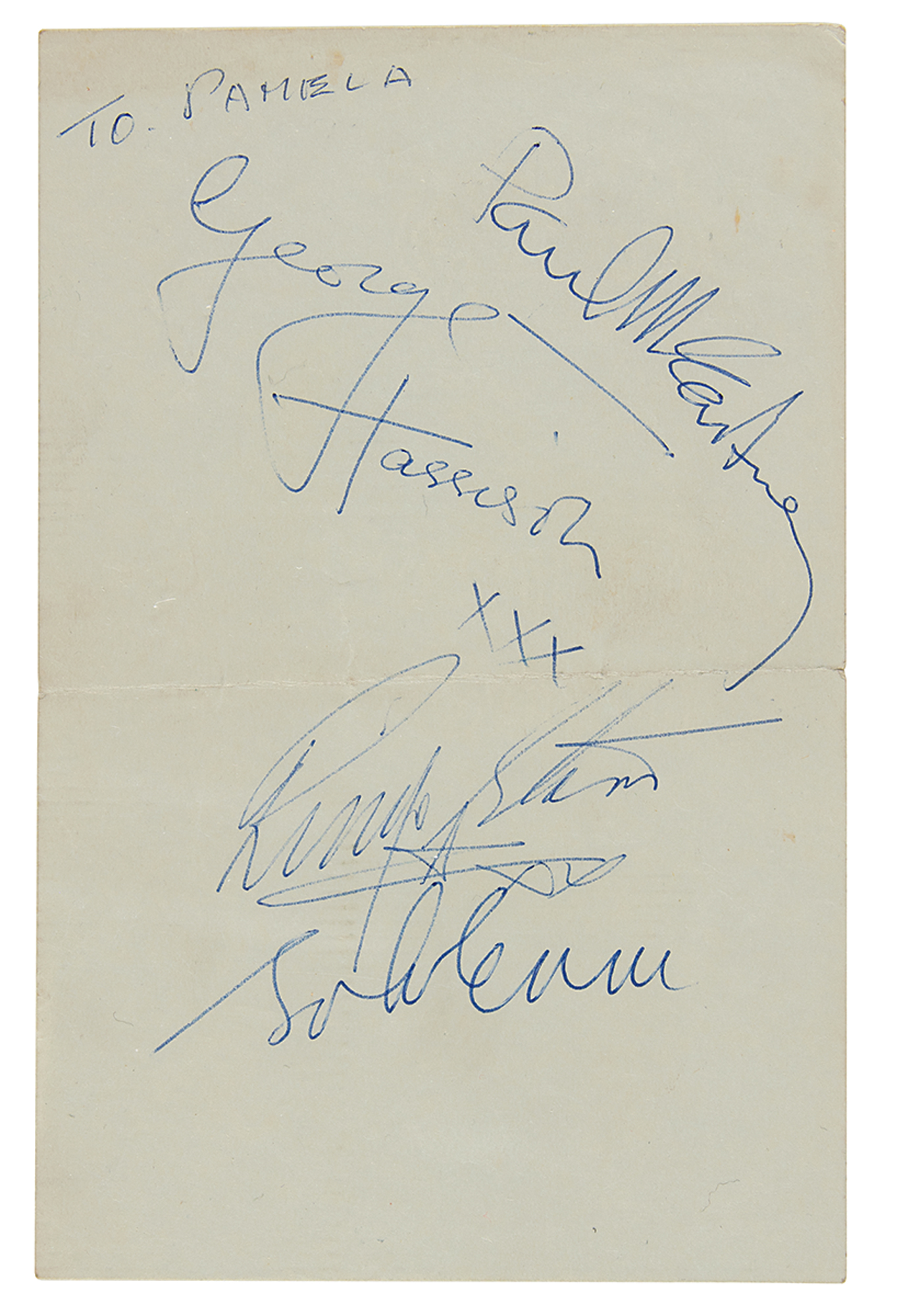 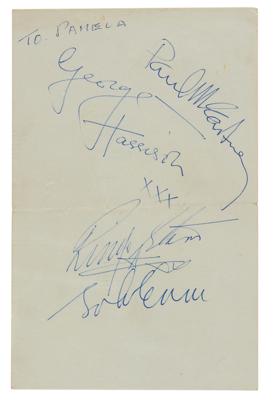 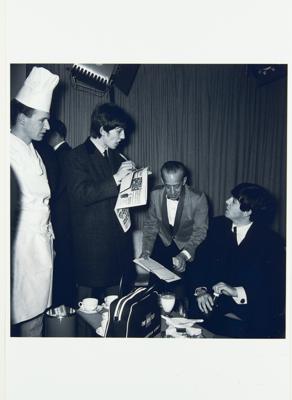 Bound for America, the Beatles sign at Heathrow Airport two days before their Ed Sullivan debut

Vintage ballpoint signatures of the Beatles—“Paul McCartney,” “George Harrison, xxx,” “Ringo Starr,” and John Lennon”—on an off-white 4.5 x 7 sheet. The consignor notes that the autographs were obtained by Henry Aaron Webber, head waiter in the VIP lounge of London’s Heathrow Airport on February 7, 1964, whilst the Beatles were waiting to board PAN AM flight 101 to JFK Airport in New York City. The band was heading to the United States for a series of historic performances, including their debut appearance on the Ed Sullivan Show and their first live American concerts in Washington, D.C. and New York. The inscription “To Pamela” was made by Webber, who presented the signed sheet to his daughter. In fine condition, with a central horizontal fold. Accompanied by a certificate of authenticity from Tracks, a photograph of the Beatles in the Heathrow VIP lounge, showing Webber waiting for the autographs, and a detailed letter of provenance from Webber’s granddaughter: “My Grandfather Henry Aaron Webber was born in the East End of London in 1902. All his working life he worked in the hotel and catering industry as a waiter. In his 20s and 30s, he worked as a waiter on various ships and visited various countries. He married his wife, Harriet, in August 1934. They moved to Ruislip, Middlesex together with their young son, in the early 1940s and subsequently had two more children Barbara & Pamela. For a time following the war, Henry worked in a number of hotels in London, including the Dorchester. The youngest daughter, Pamela was born in late 1945. Henry continued to work in central London hotels for several years and then worked for a number of years at the Orchard Hotel in Ruislip, before becoming the head waiter in the VIP Departure Lounge at Heathrow Airport, where he worked until he died, on 14th July 1965. On his return from work on 7th February 1964, he told his wife and his daughter Pamela, my late mother, that he had served the Beatles with refreshments in the VIP Lounge at Heathrow whilst they were waiting for their first flight to the USA that day. They thanked him for his help and agreed to give him their autographs. On returning home he gave Pamela the paper containing the four autographs."