Lot #315
Atari 'I, Robot' Project Document Archive from the collection of David Sherman 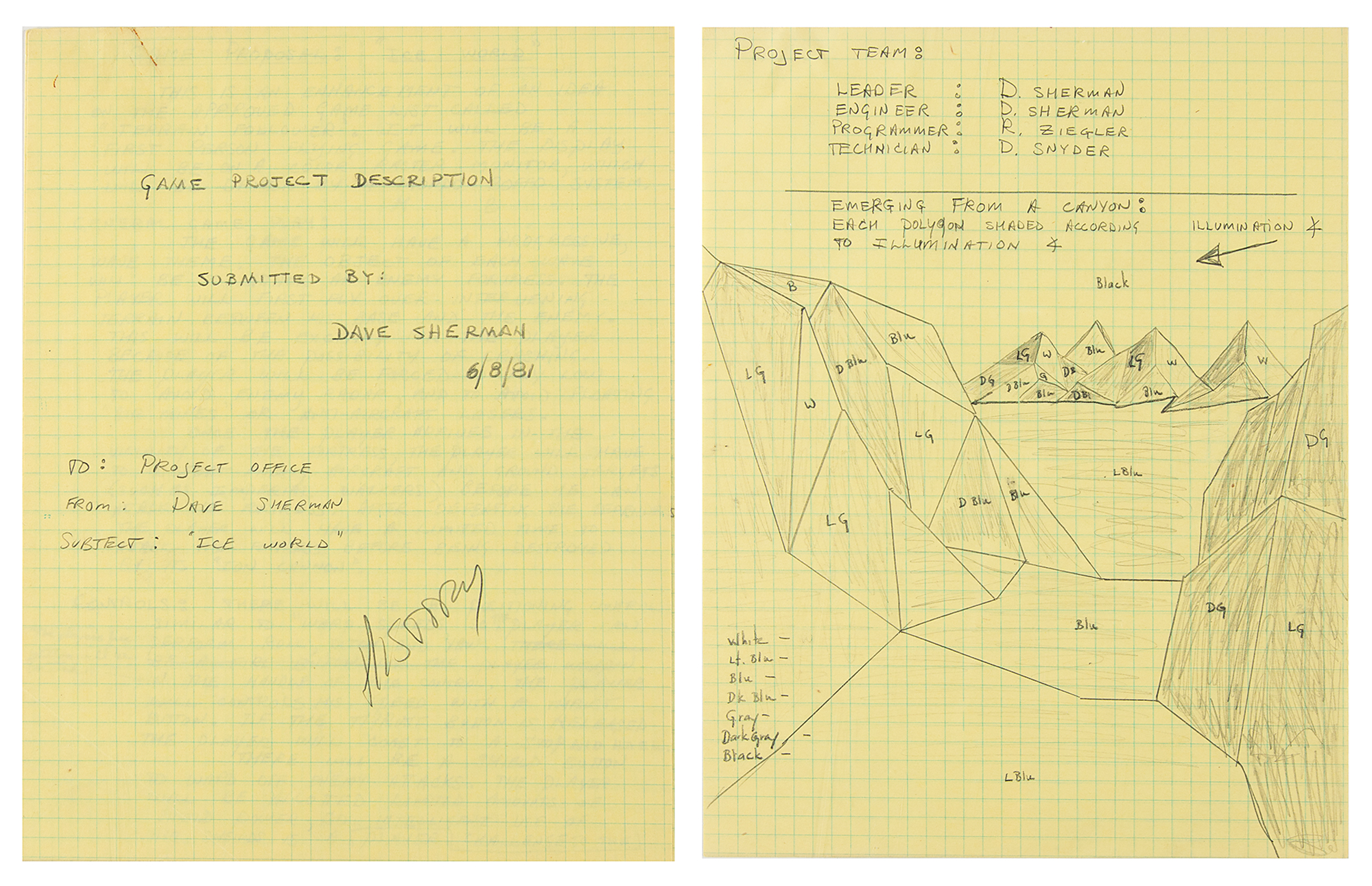 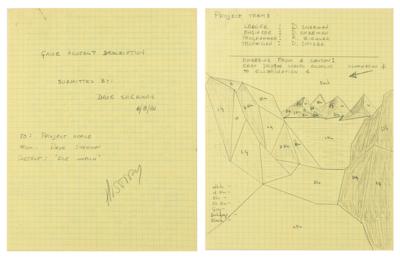 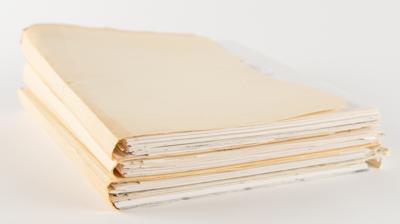 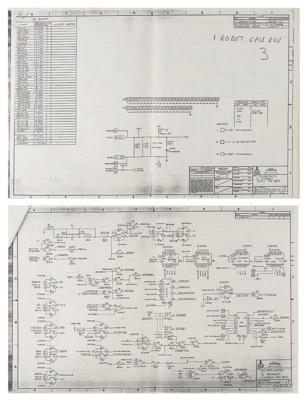 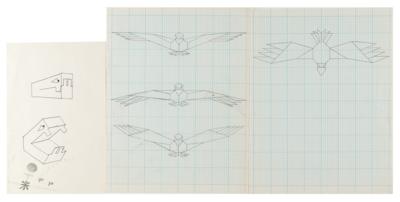 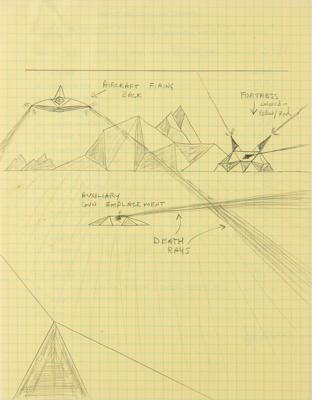 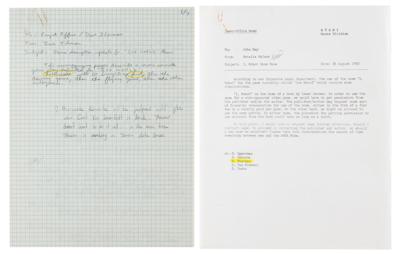 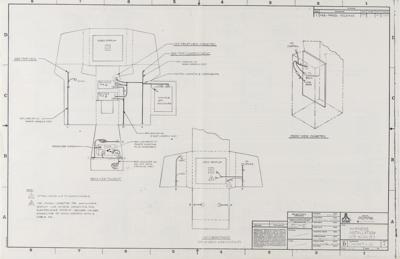 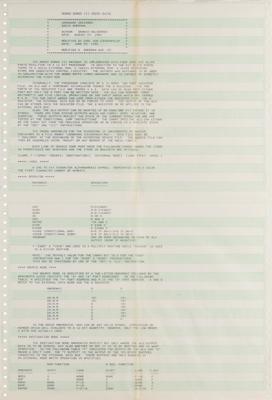 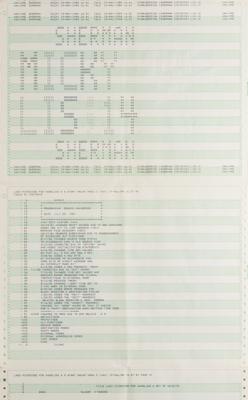 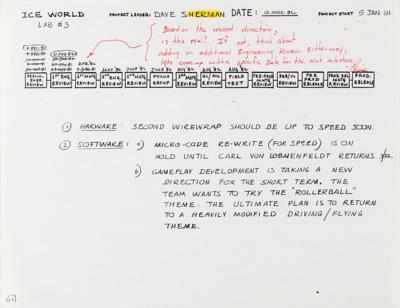 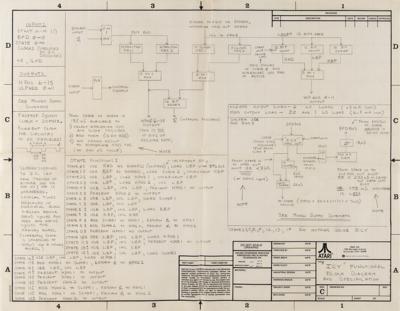 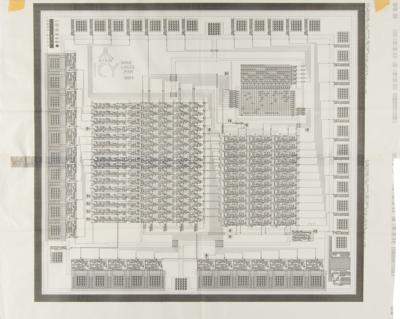 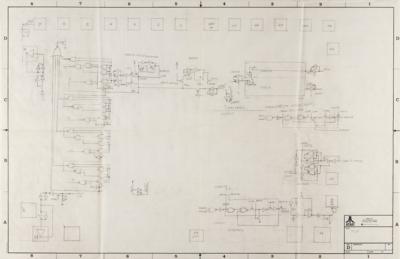 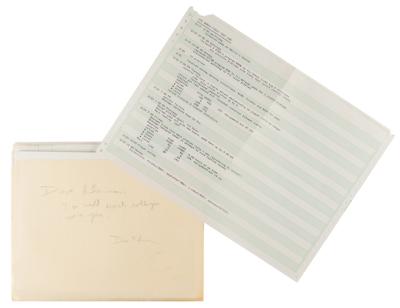 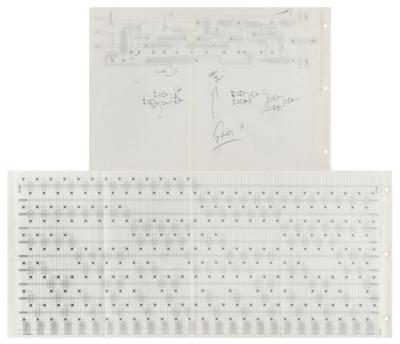 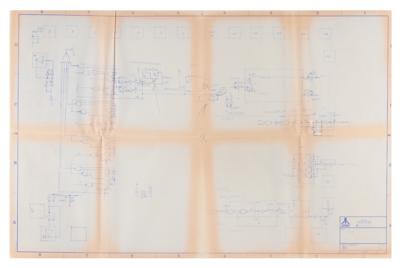 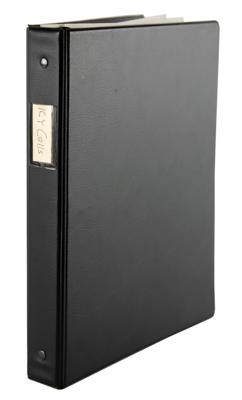 Substantial archive of development material for the innovative Atari, Inc. arcade shooter game I, Robot, deriving from the personal collection of Atari hardware designer David Sherman. I, Robot, codenamed ‘Ice World’ during development, represented the first raster monitor and color video game to use only correctly rendered 3-D graphics for gameplay. As such, it can be considered the original ‘3-D shooter’-style game, which has subsequently dominated video and arcade game development. So advanced was the development of I, Robot in 1982-1984, that it was still considered a difficult benchmark for game emulator systems a full 15 years after its official release by Atari. The archive, which contains an abundance of schematics and hand-annotated worksheets and diagrams, has been divided into the following bundles and folders:

Game Objects 3-D Database Bundle:
- Original sketches from Sherman's collection of the ‘muncher’ and ‘bird’ enemy designs
- Computer printouts for the ‘Razor’ and ‘Shark’ enemies, showing formatted assembly listing used to create the binary of the assembled ROM code
- Computer printout of ‘I, ROBOT’ text with hand notations, used as a check plot

Ice World Miscellaneous Project Documents:
- An inter-office Atari memo from August 25, 1983, noting complications regarding the use of the game title I, Robot, which was already the title of an Isaac Asimov book
- A ‘Computer Assisted Troubleshooter (CAT) Box Logic Board” schematic, a standardized testing system that all games were supposed to support and give test points to interface
- Various documents related to support components like audio boards, RF end boards to kill EMI, color monitor specifications, power supply specs, and more
- Assembly documents for the Ice World video and CPU boards for the Taito licensing
- A schematic marked “Fabrication Ice World End Board PC BD”
- A handwritten document regarding “Signature Analysis for the Mondo Bondo”
- Assembly drawing and documents for the “Regulator/Audio” board
- Stapled schematics marked “Main Wiring Diagram (Ice World)” and “Harness Installation (Ice World)”
- Various sheets and packets related to manufacturers, voltage measurement, Micron Tech approval testing, acceptable temperatures for coin-operated games, a “Quad Pokey Hybrid” schematic, and an ‘oh no’ inter-office memo about the “Hall Effect Joystick” used in I, Robot

Two complete Atari design review package schematic sets: an eight-page set marked “Schematic, I Robot CPU PC BD” and an 11-page set marked “Schematic, I Robot Video PC BD,” both bearing annotations for corrections to be made for a final set. According to Sherman: ‘This schematic set represents the debugged and production-ready schematics and layout for I, Robot. This was debated to send to production since the ‘ICY’ custom chip was just being debugged and the game could have shipped early with these boards. Management made the decision to wait for the ICY chip since it provided some security against competition ‘cloning’ the system and it obscured the video board operations.’

Ice World Project folder signed and inscribed on the front in pencil: “Dave Sherman: Ice World events while you were gone. Dave Theurer.” The folder contains several items related to the entire printed circuit board (PCB) rework to add in the ICY chip, these include:
- An Ice World Field Test Log
- A blank “I, Robot Player Survey” packet
- Sherman’s original handwritten instructions for the video board redesign for ICY and the Hall Effect joystick
- Check copy of the redrawn video board with an internal version of the final schematic
- Analysis of ICY reliability issues and solutions presented
- Engineering Change Notice for adding the fan to the cabinet (or changing location)
- Assembly and schematics for an ‘oops’ PC daughter board to emulate the ICY chip (a backup in case the ICY early production issues could not be resolved)

Ice World Status Report Folder:
Weekly status reports from September 4, 1981, to August 30, 1983, which are interspersed with other items: periodic feedback pages from Sherman or Theurer to indicate anticipated efforts and resource requirements, action-required memos from other teams such as industrial design, reports about system testing (heat), process specs and standards for publications, and field test results and feedback.
According to Sherman: ‘I think this folder as a group properly captures the chaos and pressure of developing games at Atari. This project took longer than many because of the complex task, resource management, and the decay that crept into management starting in late 1983.’