A generous Churchill compensates another driver in a recent fender bender: "I am ready to make an ex gratia payment" 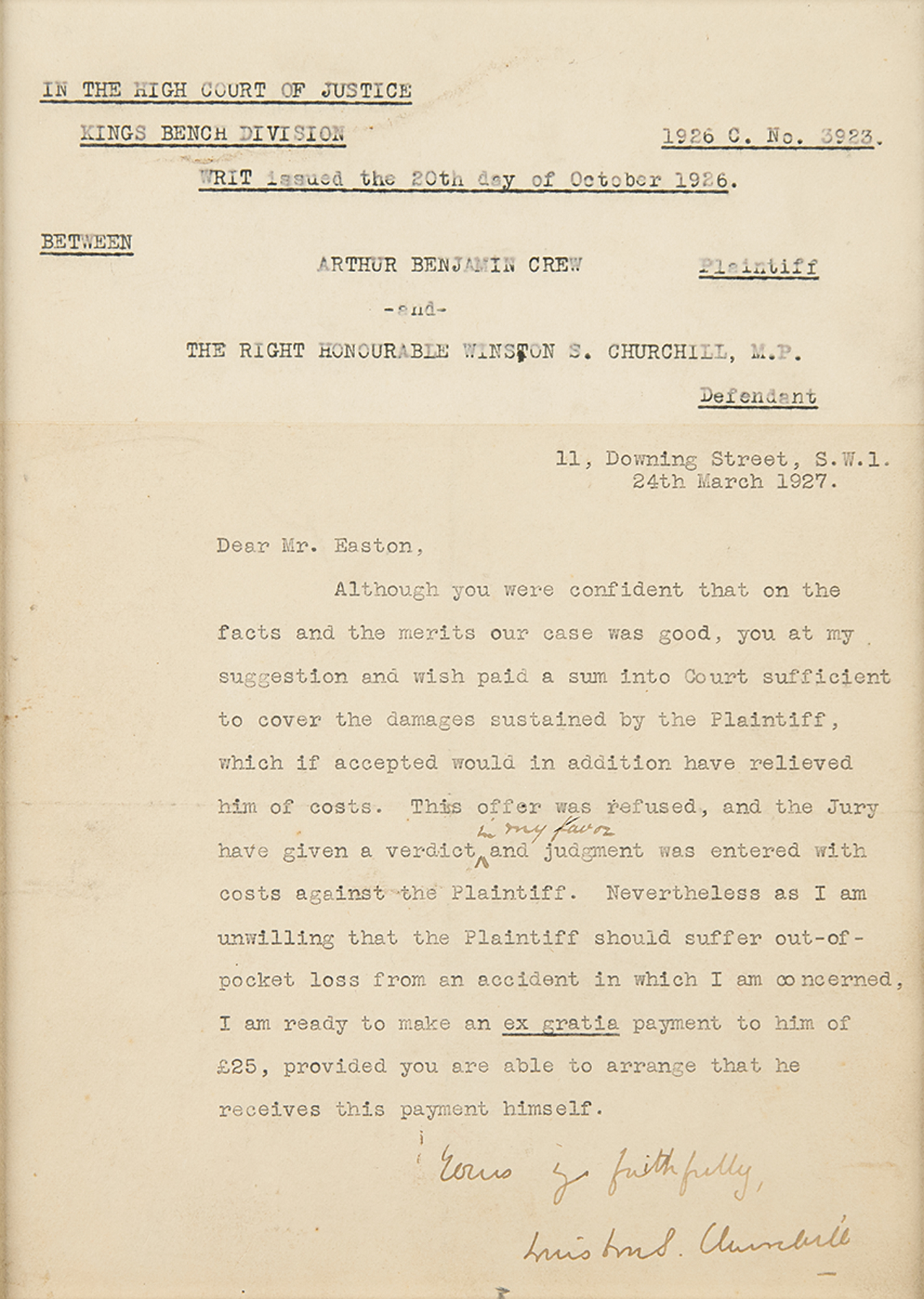 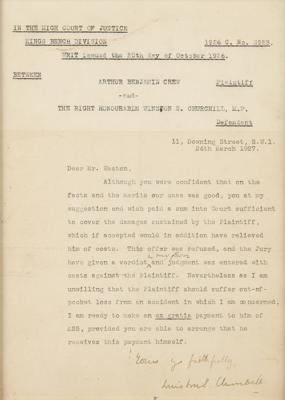 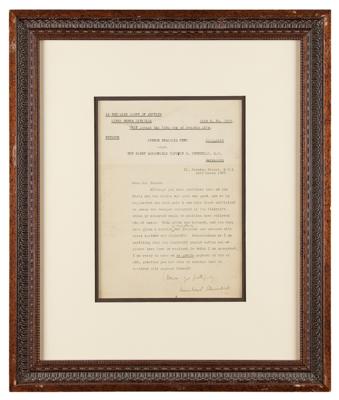 A generous Churchill compensates another driver in a recent fender bender: "I am ready to make an ex gratia payment"

TLS signed “Yours faithfully, Winston S. Churchill,” one page, 7.5 x 10.25, August 24, 1927. Letter from Churchill in response to a writ issued on October 20, 1926, by the Kings Bench Division, related to a case between himself as defendant and Arthur Benjamin Crew as plaintiff, in full: “Although you were confident that on the facts and the merits our case was good, you at my suggestion and wish paid a sum into Court sufficient to cover the damages sustained by the Plaintiff, which if accepted would in addition have relieved him of costs. This offer was refused, and the Jury have given a verdict in my favor and judgment was entered with costs against the Plaintiff. Nevertheless as I am unwilling to that the Plaintiff should suffer out-of-pocket loss from an accident in which I am concerned I am ready to make an ex gratia payment to him of £25, provided you are able to arrange that he received this payment himself.” Double-matted and framed to an overall size of 16 x 19.25. In fine condition.

The case in reference was related to a car accident between Churchill and Crew. According to a newspaper article: ‘Mr. Ronald Oliver, for Mr. Crew, said there were two explanations of the accident. One was that Mr. Churchill's man was traveling at an extravagant speed, or was not keeping a proper lookout. Mr. Churchill's car skidded on a dry road 36 feet before it struck Mr. Crew's car…Mr. Oliver added: ‘I daresay Mr. Churchill is sometimes in a hurry, but in this case it looks as if his car was going at a tremendous speed.’ Mr. Crew, who is a fishmonger, gave evidence and said he was unable to follow his business for four weeks after the accident, and Le spoke of his losses during that period. Giving evidence, Mr. Churchill said he was reading official papers in the car, and there was nothing about its pace to attract his attention. He could not see in front of the car because his view was obscured by branches of flowers and foliage, which he was taking up to his home in London. The impact was not very violent…Mr. Crew, interviewed, said: ‘I think as I lost the case Mr. Churchill is treating me very well. It is very sporting of him. I was expecting I should have to sell lay business. Now, perhaps, Mr. Churchill's gift will save it and enable me to keep my means of livelihood.’

Provenance: from the estate of Senator Carl Levin. A lifelong Democrat, ardent advocate for civil rights, and staple of the United States Senate from 1979 to 2015, Senator Levin was also a longtime client of RR Auction. As a collector, he favored his political heroes—Harry S. Truman, Franklin and Eleanor Roosevelt, and Martin Luther King, Jr.—as well as those figures emblematic of the American spirit, like Robert Frost, Joe Louis, and Helen Keller.